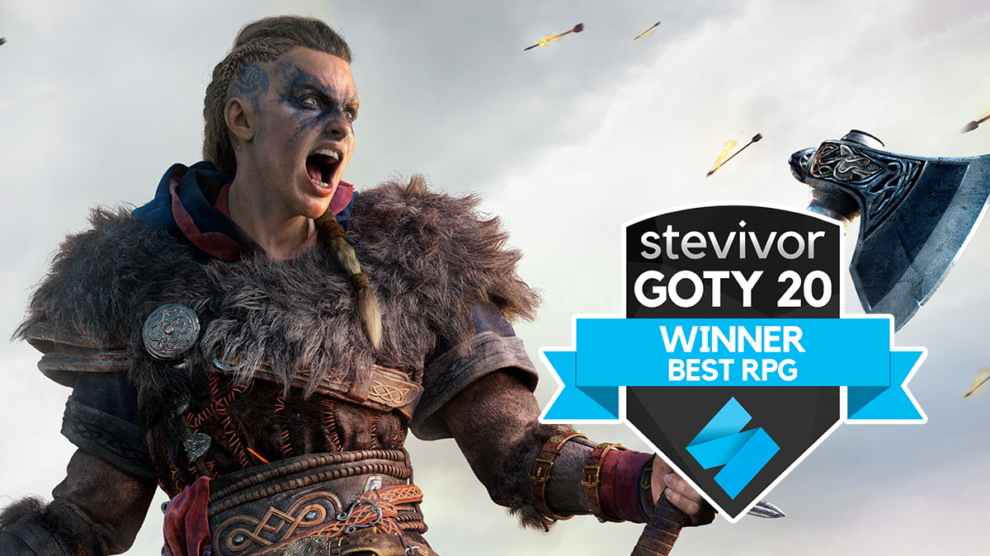 This was the closest race in our entire GOTY series.

The Stevivor game of the year (GOTY) awards continue with the beloved role-playing game, or RPG.

While yesterday’s contest featured a runaway winner, our RPG category was a matter of two points between landing first, second, or third spot. At the end of the day, Assassin’s Creed Valhalla emerged victorious.

“Like [Assassin’s Creed] Origins, Valhalla benefits from a year off with a fresh audience,” Ben said in his review. “It doesn’t reboot this time, but instead improves upon the duo it’s following, introducing proven elements from some of the best in the business.”

Coincidentally, those interested in the game may want to keep an eye on the website in a couple hours…

Runners-up in the Best RPG category for 2020 include Final Fantasy 7 Remake, The Outer Worlds, Yakuza Like a Dragon and Wasteland 3.

You can take a look at our Stevivor GOTY 2020 Awards schedule below. Any guesses on what will make the cut before then?