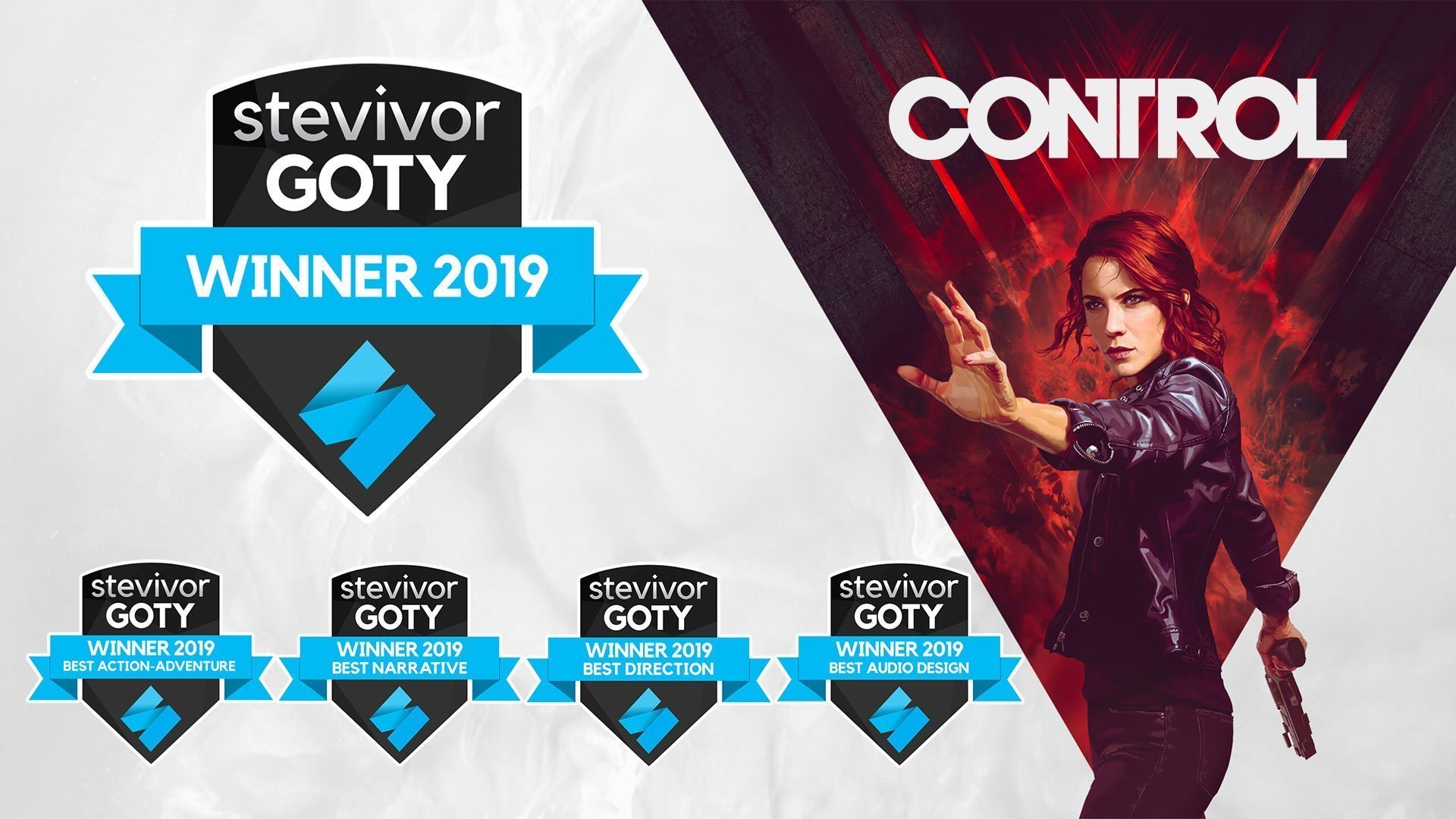 Jesse Faden's story had us the moment we walked into the Oldest House.

This is it — the final honour as part of Stevivor’s GOTY Awards for 2019! Surprising absolutely no one, Stevivor staffers have chosen Remedy’s Control as game of the year.

With previous wins in the Best Action game, Best Audio Design, Best Narrative and Best Direction categories, we’d be insane not to give the year’s highest honour to Control.

“Control is a topical story where a group of old men with too much power bring the world close to destruction, and it takes a young woman to put it back together again. Control doesn’t hold your hand. The world is a storytelling tool,” Remedy’s Sam Lake said to Stevivor.

“The Oldest House is an endless building, and the deep lore scattered there for you to find, in the form of side missions, case files, audio logs and videos, fragmented, in part redacted, sometimes contradictory,  presents modern myths and shocking stories within a bigger story, all there for you to piece together and form your own theories and interpretations.”

Runners-up in this category include Resident Evil 2, The Outer Worlds and Apex Legends.

Congratulations to all winners and runners-up as part of our 2019 GOTY Awards.