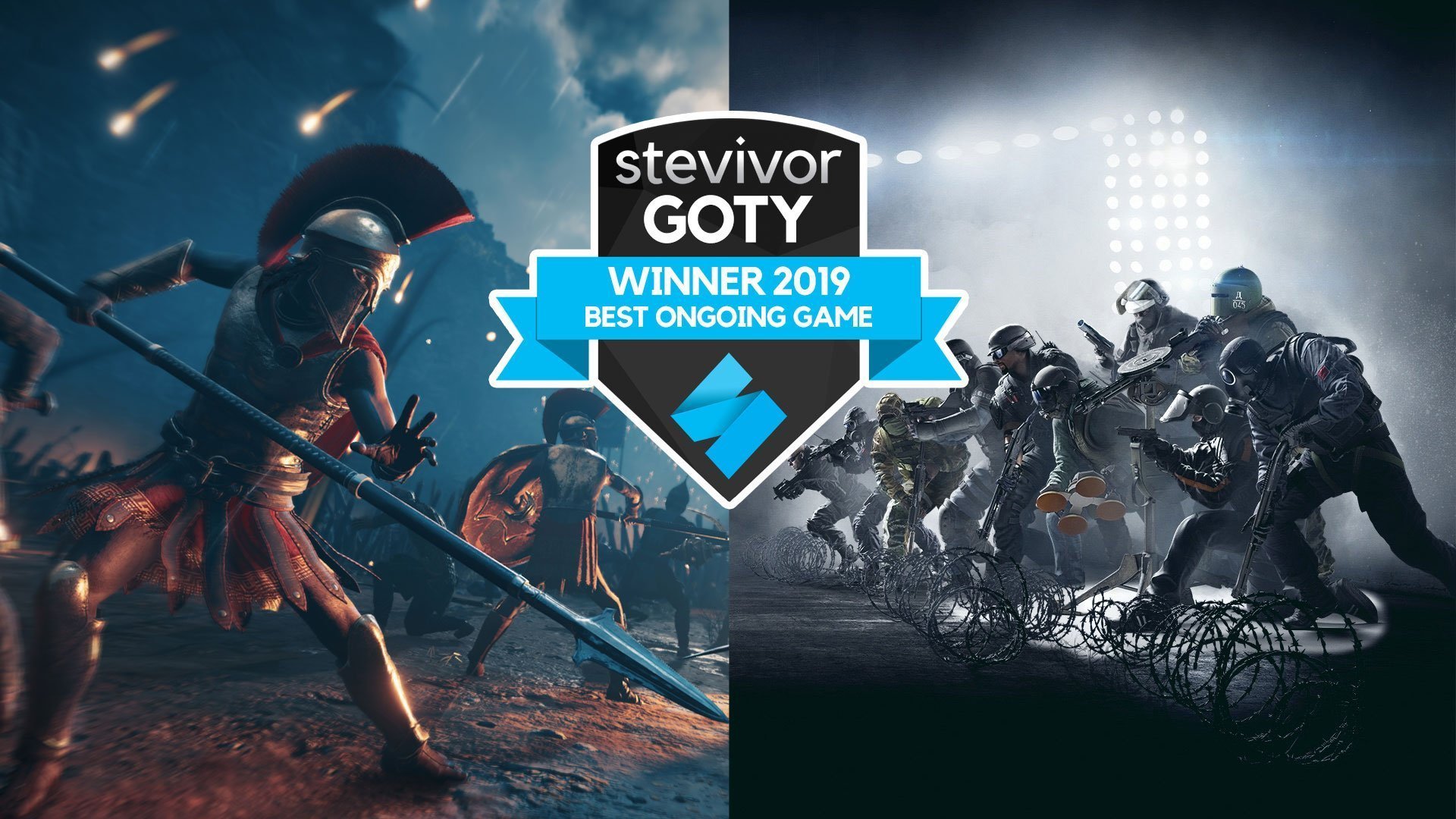 Two well-deserving games picked up this one.

Stevivor’s GOTY Awards for 2019 are back for another week, and today is all about the best ongoing video game of the year.

This was our most competitive field, and in the end we couldn’t decide between two amazing titles. Congratulations to Ubisoft’s Rainbow Six: Siege and Assassin’s Creed: Odyssey, both of which beat out fellow contenders Destiny 2, Dead by Daylight, Battlefield 5 and Hitman 2.

Siege was actually a runner-up in last year’s ongoing category, but strong support (and an Aussie focus) got it over the line in 2019. As for Assassin’s Creed: Odyssey, we can’t help but love a game that offered continual updates… that might have sometimes missed the mark but were quickly fixed up.

Our Stevivor GOTY Awards will take a break for Christmas Eve and Christmas Day — we’ll see you back here on Boxing Day to start wrapping things up.