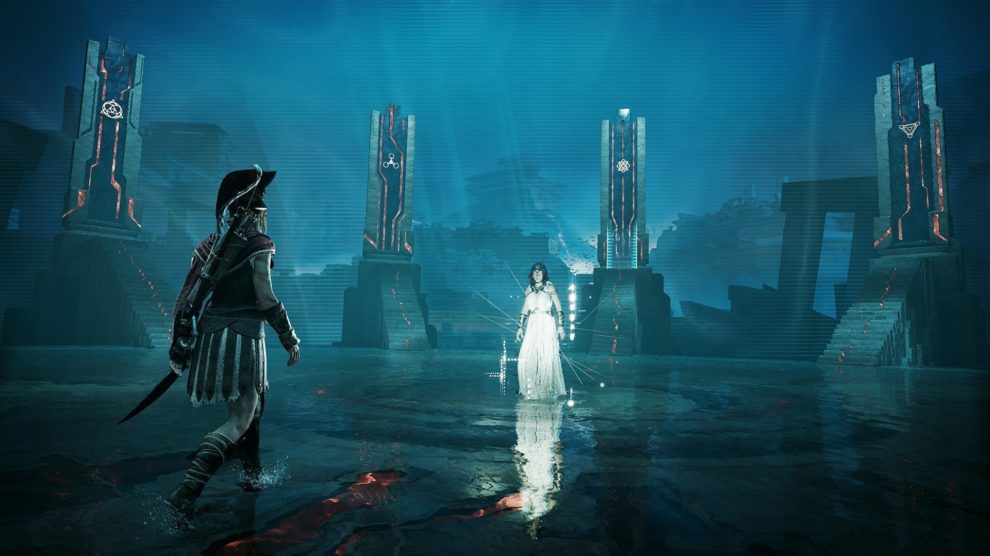 Assassin’s Creed Odyssey‘s final piece of major story DLC, Judgement of Atlantis, is now available and acts as a conclusion to the three-part Fate of Atlantis storyline. It should come as no surprise to players that the DLC manages to serve as a showcase for all that the RPG-styled title has done so well to date.

I ventured into this lore-driven DLC with a heavy heart. Up until this point, I’d relied on guides to help with decisions made throughout Alexios’ journey. This time, I told myself, “be true to yourself and your ending will be deserved.”

The trouble is, that’s hard to stick to; cut to my first completed mission and my overwhelming indecision, jumping back and forth between saves four times because I wasn’t happy with how things turned out. Although I don’t yet know how it impacts the end of the DLC at this stage, I was paralysed with choice over a simple rock.

Playing through the The Beacons are Lit quest, I initially destroyed said rock. Then I went back and didn’t destroy the it… before going back again and deciding to take it out. Upon that conclusion I went outside to find all the flowers in the area were all dying; Alexios indicated that maybe my choice was the wrong one. So, as any self-respecting demigod would do, I went back and spared the simple rock to find that the flowers remained intact.

While part of me is wary that this may go against Poseidon’s rules of not using Isu tech for the humans, I also thought, realistically, that we can’t rely on nature to replenish itself when we have done our work in destroying it. Maybe it’s up to us to work out a solution which so far seemingly has worked for the gardens of Atlantis. On the other hand, maybe I’ve doomed us all. This is all very bad for my anxiety… and it’s all thanks to a single rock.

A little down the line in the In Dreams quest, I managed to talk a wolf lady down from killing herself… after failing in my first attempt. At least that only took me two turns instead of four.

Going through this final piece of DLC without anyone whispering in my ear has really impressed upon me the many pathways that an Odyssey playthrough can take, and how my Alexios is likely a very different man to yours. I’m certainly going to miss new adventures in Alexios’ (or Cassandra’s) world such as this.