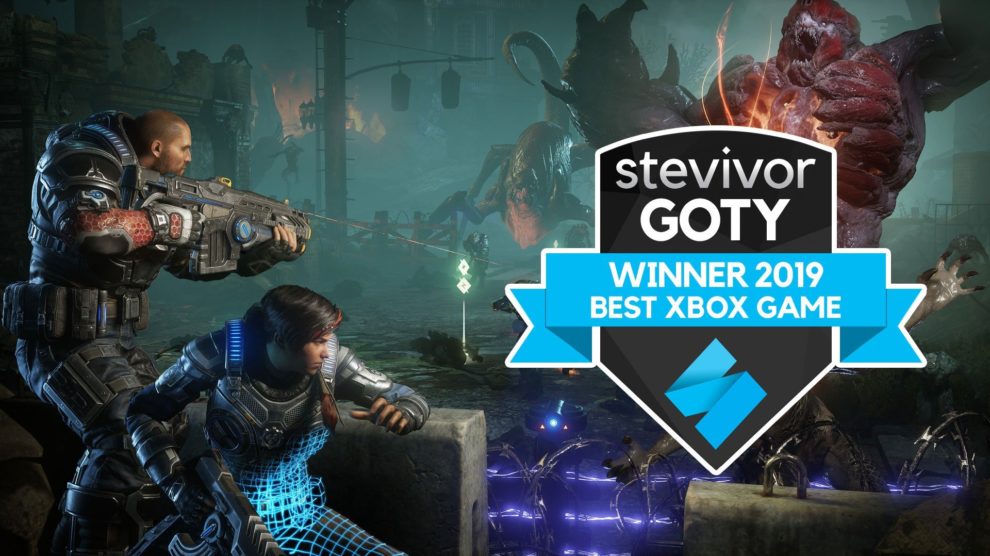 Stevivor’s GOTY Awards for 2019 continue with the best Xbox One game of the year.

First off, we realise this is a bit of a misnomer as anything published by Xbox Game Studios comes out on Xbox One and Windows PC now. Make peace with it and let’s move on, yeah?

Stevivor staffers chose Gears 5 as the best Xbox One title of the year, narrowly beating out Halo: Reach’s re-release as part of Halo: The Master Chief Collection. Both titles smashed Crackdown 3, one of the only other contenders available.

“Gears 5 is a delight to play, with myriad options available including a robust, three-person campaign, multiplayer and even a map editor,” we said of The Coalition’s release in our review.

Stevivor’s GOTY Awards will continue until the end of the month. You’ll find a full list of awards below.