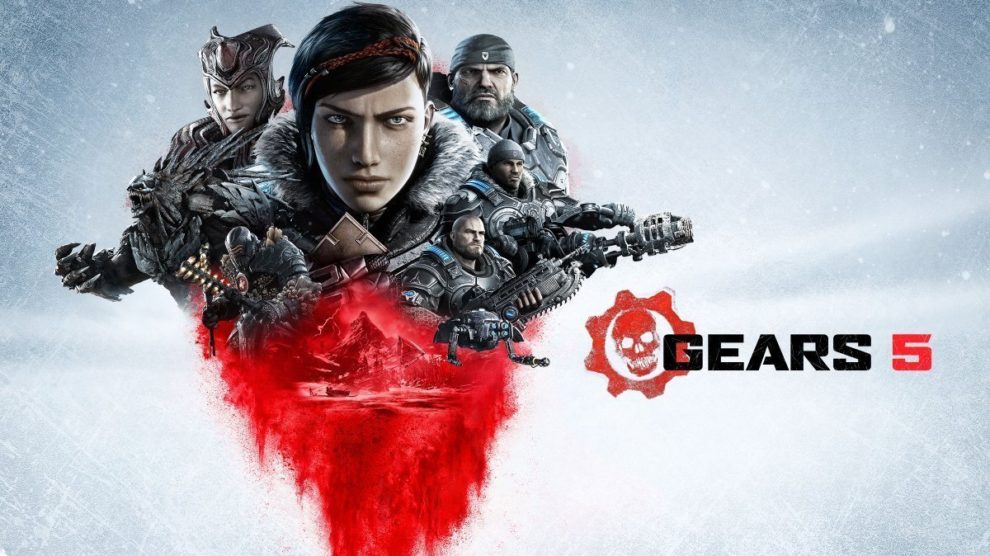 I’ve had more exposure to Gears 5 in the past two weeks than I’d ever have thought possible, with an eight-hour day in Vancouver taking place at almost the same time as a reivew code found its way into my inbox. While multiplayer offerings were hard to come by in this review period, I’ve had around four hours of Horde mode under controlled circumstances alongside the game’s entire campaign. After all this time with Gears 5, I adore it, though acknowledge it’ll take players a couple hours to get into it and appreciate it like I currently do.

If you’ve been following Stevivor’s coverage of Gears 5 — and there’s been quite a lot of it — you’ll know that The Coalition has tweaked the franchise’s familiar formula. First and foremost, an open-world structure has been added to the game, providing player choice in how and when missions are achieved and opening up a newfound sense of exploration never before seen. Tied to this is the game’s neat new vehicle, the Skiff, which is absolutely necessary to travel from side mission to side mission. 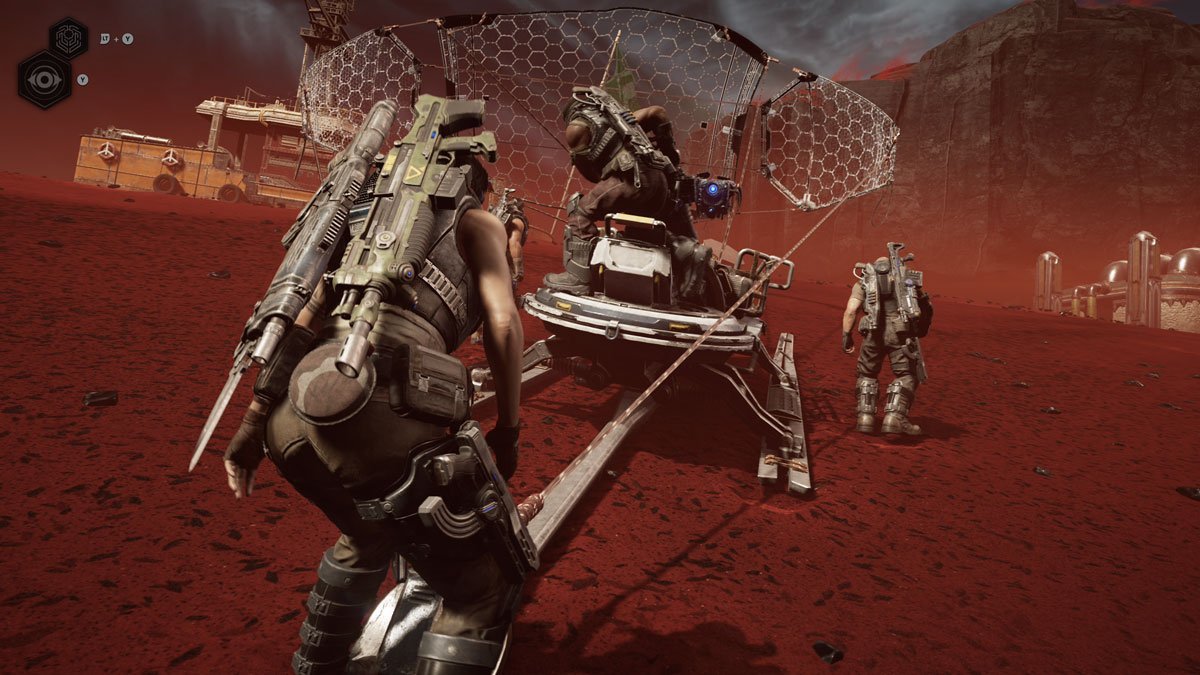 The problem is, the open-world functionality doesn’t kick in until Act II of the game’s campaign, meaning players will have to get through a couple hours of stock-standard Gears fare — running through corrdors and slamming up against cover in an effort to fell the Swarm — before they can enjoy the new hot thing. While Gears combat is enjoyable at the worst of times, I found myself slogging through Act I knowing that far better experiences were waiting for me on the other side.

A new feature that does make it into Act I — albeit sparingly — is the game’s new approach to combat. Player initiated combat, inspired by titles like Bioshock Infinite, mean that there is far greater opporunities for stealth within Gears 5. If you’re good, you’ll likely be able to chain together two or three kills (using a host of newfangled stealth-based kills, I should add) before taking on the enemy proper.

Not a stealth person and would rather charge into a situation with lancers blazing? That’s largely okay too, though in some sequences, stealth is pretty much forced upon you. I had The Coalition developers warning me that I should be stealthing through corrupted DeeBees in Vancouver; playing through the campaign at home I realised my in-game AI partner was chiding me just as hard at that same point. Thanks but no thanks, The Coalition — if you’re all about player choice, I’ll get through the game as I’d like. 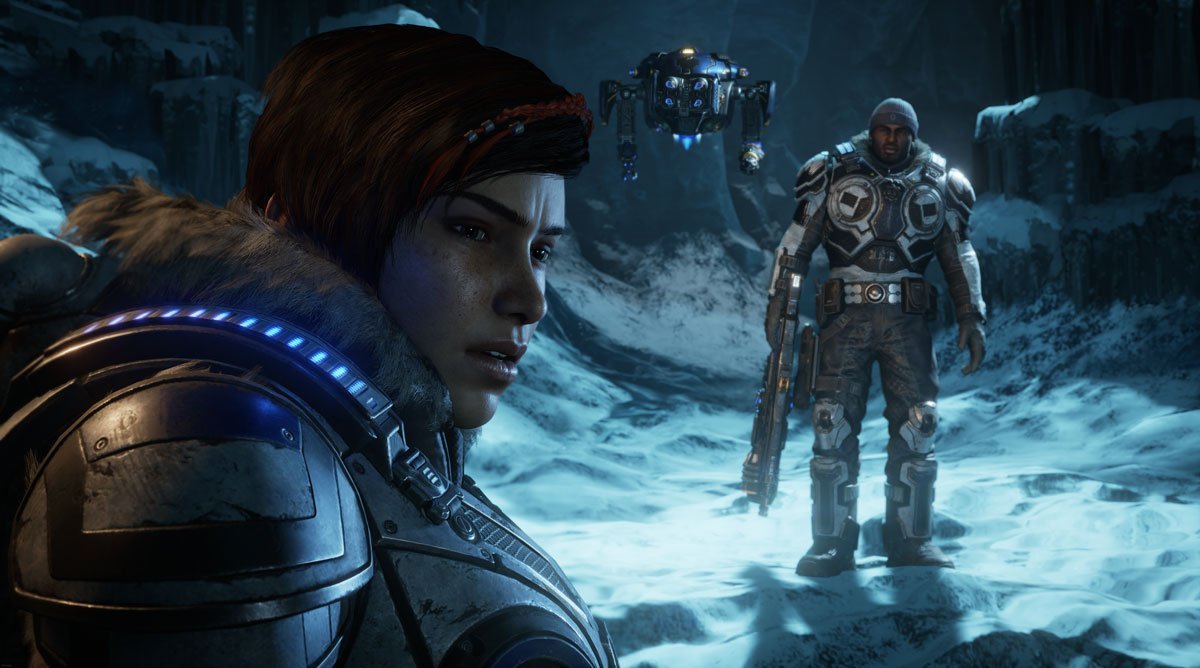 The introduction of RPG-like elements to your robotic companion Jack? Well, they’re simply amazing. Rather than giving (eventual) protagonist Kait a set of superhuman powers — though these do show up in Horde mode — Jack’s been beefed up using science. He’s able to assist you as an AI- or co-op-controlled companion, using both supportive and aggressive skills including a pulse that helps to ID enemies behind cover alongside a shock trap that’ll snare and damage enemies within it. With multiple skills at Jack’s disposal — though only one support and one aggressive can be used at one time, with cooldowns on both when used — you can really play to your own style.

We’re not here to ruin the game’s story, though the same criticisms toward open-world funcionality apply to Gears 5‘s narrative… it starts off painfully slow in Act I before amping up from Act II onwards. Just hang in there if you’re a bit bored; it gets way better.

As we said in our perview, Horde 4.0 is awesome, a breath of fresh air heavily influenced by modern hero-based shooters such as Overwatch and Apex Legends. While Jack’s the RPG hero in the campaign (well, and still is here), each of Horde’s charactes gain a superhuman ability that adds a whole new dimension to the wave-based affair. 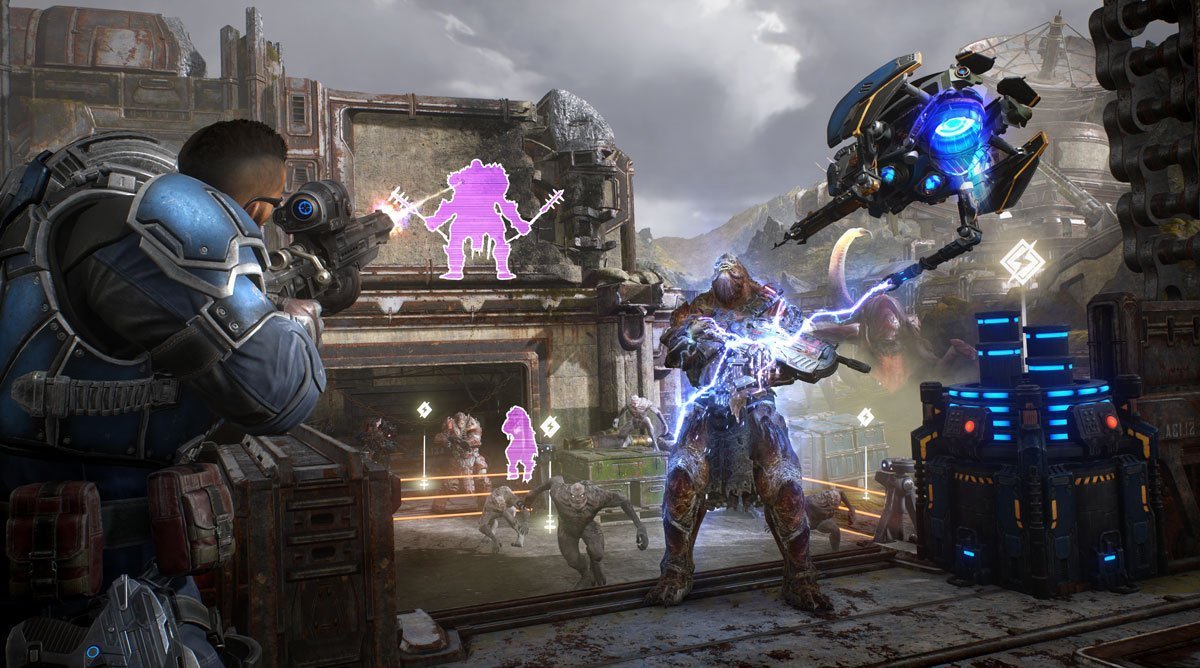 In this iteration of Horde, the all-important fabricator — your mobile base of operations — is almost trivial. Whereas in past titles you needed to stick quite close to it, building barricades and relying on turrets for defense, each character is almost like a personal fabricator of his or her own. You can deposit Power into your character rather than the fabricator, buffing one of four options ranging from weapon efficiency to health.

This change to Power, coupled with hero abilities and Horde’s class based system — Engineer, Scout, Heavy and so on — mean that you can play in an entirely different manner than before. I liken it to Doom — if you keep moving and work together, you’ll do just fine. It goes without saying that my favourite hero combo is Armored Marcus’ ultimate ability of instant headshots paired with Fahz’s ultimate, an x-ray shot that moves through cover as if it wasn’t there.

Sadly, I didn’t have the chance to check out other multiplayer modes, including the new Escape mode, but Horde’s enough reason to pair up with real-world people. Even better, if you decide to engage Horde with a set crew, you’ll receive XP bonuses for playing together. 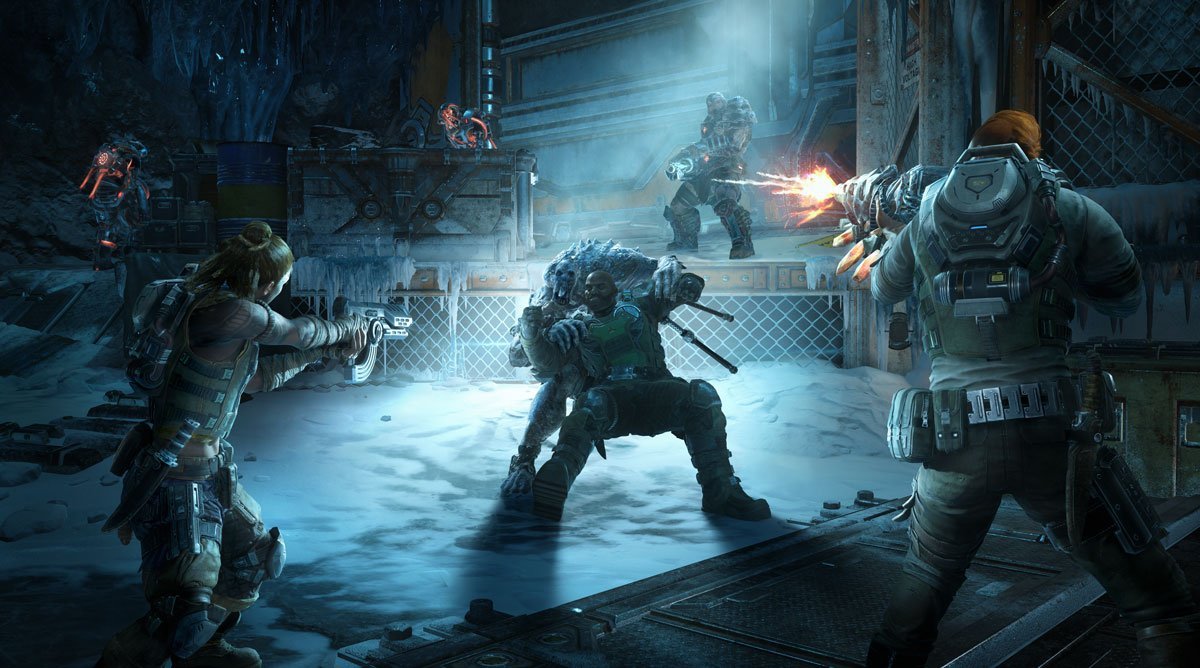 Gears 5 is a delight to play, with myriad options available including a robust, three-person campaign, multiplayer and even a map editor. Best yet, it comes at no additional cost to Xbox Game Pass subscibers and there’s a promise of even more content to come — hi there, Dave Bautista. It’s also a big step up from Gears of War 4. That said, the game’s campaign was sold as an open-world vehicle for Kait and that takes a bit of time to actually be upheld; trust me though: it’s worth the wait. One hopes Gears 6 will just jump out of the gate with the good stuff front and centre.

Gears 5 was reviewed using a promotional code on Xbox One X and Windows 10 PC (Surface Book 2) and Xbox Series X, as provided by the publisher. Click here to learn more about Stevivor’s scoring scale.

This review first was published on 9 September 2019. 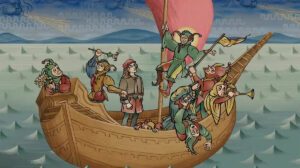