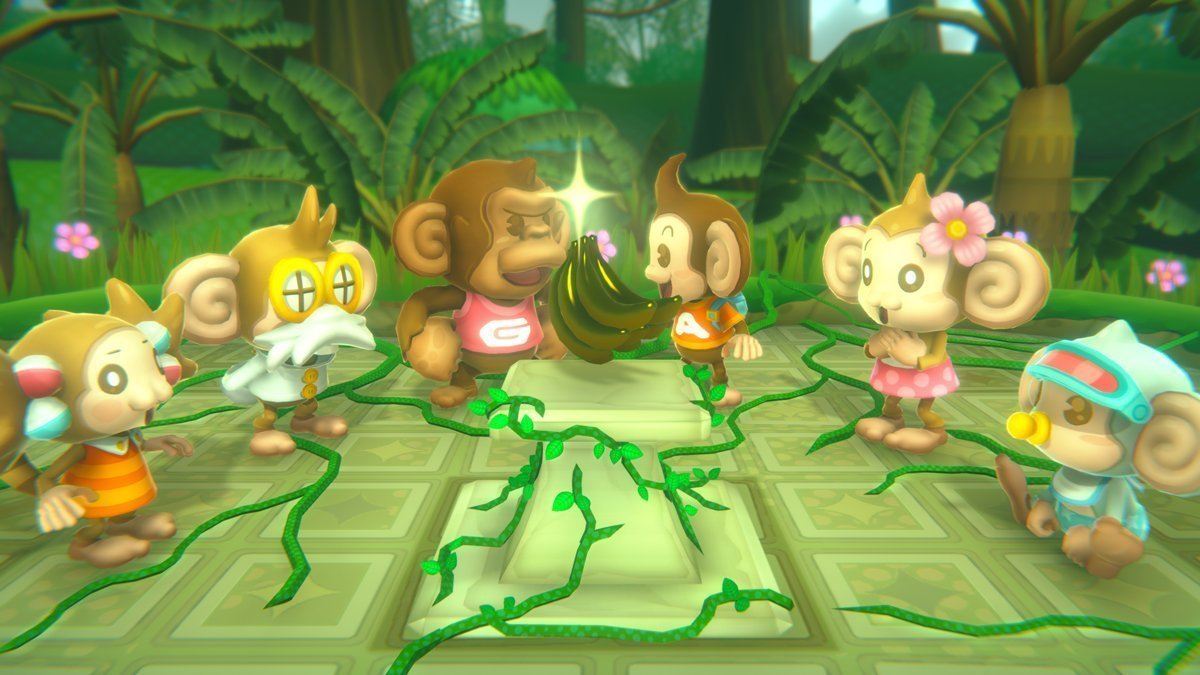 Super Monkey Ball Banana Blitz was first released to the Wii in 2006, a new take on the established franchise that was applauded for new additions like mini-bosses but slammed for a gimmicky Wiimote control scheme and its ‘everything but the kitchen sink’ approach to side content. Fast forward to 2019 and Sega’s pared the release back for a re-release on Windows PC, Xbox One, PS4 and Switch. Welcome to Super Monkey Ball Banana Blitz HD!

If you’re unfamiliar with the release, you’re basically a monkey in a ball — think of a hamster, but obviously replace it with a chimp — rolling from the start of an obstacle course to its finish. On Wii, this was tedious at the best of times, with Sega making you tilt the Wiimote around like a fiend. Thankfully this new re-release ditches motion controls — even on Switch, I’ve been told — to allow for controls via ol’ fashioned joysticks.

On Xbox One, the difference between the old and the new is night and day; while the initial stages of Banana Blitz‘s campaign are probably a little too easy now that you can actually control your character, difficulty ramps up quickly afterward. That’s especially true if you’re going for a no-deaths Champion Medal run in each of the campaign’s worlds. You’ll need to carefully weigh up speed and direction while timing tricky jumps to succeed.

In addition to the normal campaign, players can choose to tackle worlds in a Time Attack mode alongside a series of ten multiplayer-supported mini-games that can be played separately or as part of a decathalon. The ten mini-games are just a fraction of the fifty that shipped with the original Banana Blitz but trust me when I say you’re not missing out; most of those were utter garbage. As it stands, some of the ten still in Banana Blitz HD could have been removed too.

My personal favourites? Space Monkey Attack, Dangerous Route and Monkey Snowboard. Low points include Slingshot and Monkey Target, which seem to be reliant more upon luck than skill.

A bargain price benefits this remastered re-release; while it’s better without motion controls and a majority of uninspired mini-games, there’s not a terrible amount to do in the end. That said, who has time for Super Monkey Ball Banana Blitz HD at a time like this?

Super Monkey Ball Banana Blitz HD was reviewed using a promotional code on Xbox One, as provided by the publisher. Click here to learn more about Stevivor’s scoring scale.