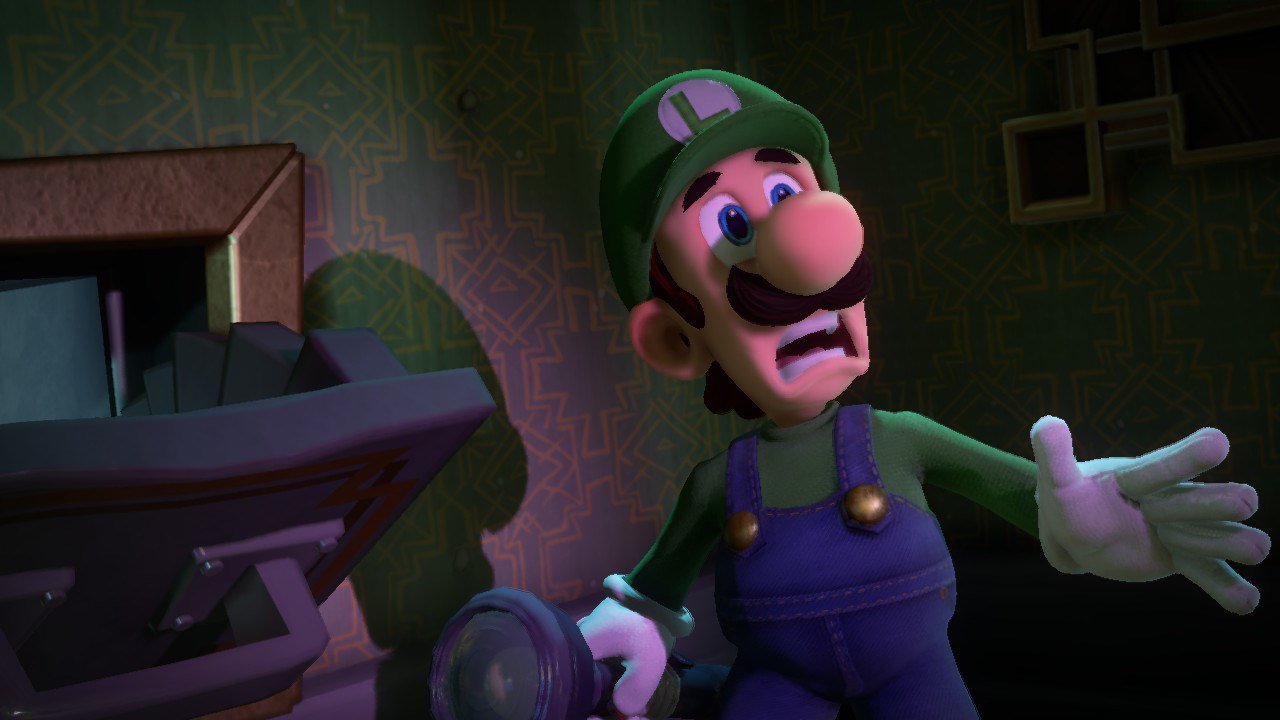 Except you can feed Gooigi. We think.

Move over Ghostbusters The Video Game Remastered — there’s a new (old) poltergeist hunter in town and his name is Luigi Mario!

Well, that’s of course if you’re going by film canon.

Anyway, welcome to Luigi’s Mansion 3, the latest in the long-running franchise soon to be available on Nintendo Switch. Like most of Nintendo’s sequels on the home-hybrid console, this one combines all the best bits of titles seen on other platforms and combines them into a sort of a greatest hits supergame that’s hard to fault.

Our story begins as Luigi and company bus themselves to a well-to-do mansion for a much-deserved getaway. It’s soon revealed — shock, horror — that the mansion is actually a haunted house in disguise! Luigi evades capture but soon realises the rest of his friends have been kidnapped by the nefarious King Boo. Armed with his trusty Poltergust G-00 ghostbustin’ vacuum, Luigi sets off on an adventure to save his pals.

Luigi’s Mansion 3 is as much an exploration and puzzle game as it is one of ghostly combat. Most of the titular mansion is closed off to Luigi at the beginning of the game; he’s tasked to track down ghosts who hold all-important elevator buttons and liberate them to proceed (clearly, he’s been taught by his fatter brother that he should never take the stairs). To do so, Luigi generally needs to clear the hotel, floor by floor, using his vacuum tool to first solve puzzles. Luigi’s trusty device can suck and blow, while our hero is also armed with a flashlight (with dark mode) and a fireable plunger that can add some extra suction to particularly heavy items. Extra coins — a must to purchase goodies — are also hidden behind puzzle elements.

In true Nintendo style, Luigi’s small arsenal is slowly drip fed to the player over the course of an hour or so in the form of voiceless, largely textless tutorials big on charm and low on usefulness. It wasn’t until I entered the menu and read a catch-up tutorial that I realised what one particular move — a press of both the ZL and ZR — was actually supposed to do; it’s basically a shockwave to create some distance between you and baddies.

Luigi’s Mansion 3 also doubles down on Gooigi — a player purpose-built for co-op on the 3DS — and makes him either a secondary, controllable character in single-player or (duh) a co-op companion if you’ve got a friend along. Gooigi’s useful when a gate or other obstruction is in your way; he (it?) can simply pass through bars and continue on his (its?) merry way. The only downside to Gooigi — and here’s the clever Gremlins reference you’ve all been waiting for — is that he can’t get wet. Rather than turning into a monster like Mogwai, poor ol’ Gooigi will simply will melt away just like the Wicked Witch of the West.

When all of these elements mesh together, Luigi’s Mansion 3 really delivers, providing fun and varied environments (that generally take on a different theme per hotel floor) with some action-packed ghost catching dotted throughout. Ghost catching can be super fun on its own, requiring a player to knock away shields and stunning baddies before sucking them up with the Poltergust. There’s a little fishing-slash-wrestling mini-game involved where you can body slam ghosts into furniture or even other ghouls after successfully countering their trashes.

When something gets in the way those delightful systems though, Luigi’s Mansion 3 becomes a major letdown. At one point, I had to look up on the train and missed a cutscene that showed a ghostly boss pass through a wall; since I didn’t see where it went, I spent the next twenty minutes shining a black light around aimlessly trying to figure out what to do next. A pro tip for that scenario: just reload your save from the latest story checkpoint to quickly catch back up.

While that example was on me, a subpar control scheme certainly is not. While you move Luigi with the left thumbstick, his vacuum and flashlight are all directed with the right. The vacuum itself isn’t an issue, as you activate that with a shoulder button… but that’s not the case with the flashlights and plunger. To effectively stun a ghost for sucking (ooh, that doesn’t sound great), you’re supposed to flash it (erm…) and the vacuum it up. That process generally means you need to position yourself with the thumbstick, then let go and hit A and then get back on the thumbstick to combat the ghost as they try to escape your mighty appliance.

In short, it’s messy. The same is true when using the aforementioned dark light — you need to hold X to activate it but also have to get your thumb going on the stick to move it around. Nintendo’s solution to combat is motion controls — of course — but nuh uh. I don’t want to do that. Not here, not in Overwatch and not in Splatoon 2. Don’t force a gimmick upon me. I also managed to accidentally click down the right thumbstick when capturing ghosts using both Luigi and Gooigi at the same time; that action switches between characters and basically stuffs up everything you intended to do.

While puzzle rooms are generally trial and error, I found a couple boss battles to be as well. I still don’t know how to properly beat one particular boss, a giant red square of a thing, and resorted to a dodgy workaround to continue on. That workaround? Flashing him and then vacuuming him up at 1 HP per second. I could get about 7-10 HP per flash… so let’s just say the encounter took more time than I think it should have. Finally — and this is a little nitpick — I kept swearing at my Switch whenever I found a key and then spent two minutes trying to vacuum it up before realising I was just supposed to hit X and pick the damn thing up. Every. Single. Time.

I also have no friends and there are a million games to review out right this second, so I didn’t have a chance to try out co-op, nor the multiplayer ScreamPark mode. I assume they’re variations on the gameplay found in the main campaign.

Despite its annoyances, Luigi’s Mansion 3 is a hauntingly good time, packed with charm everywhere you look. As someone who has once dabbled in the franchise, I’m already hooked — I can imagine those already in love with Luigi (and Gooigi!) will find this a trick rather than a treat.

Yeah, I hate myself for all those Halloweeny puns too. At any rate, Luigi’s Mansion 3 heads to Nintendo Switch on 31 October.

Luigi’s Mansion 3 was reviewed using a promotional code on Switch, as provided by the publisher. Click here to learn more about Stevivor’s scoring scale.