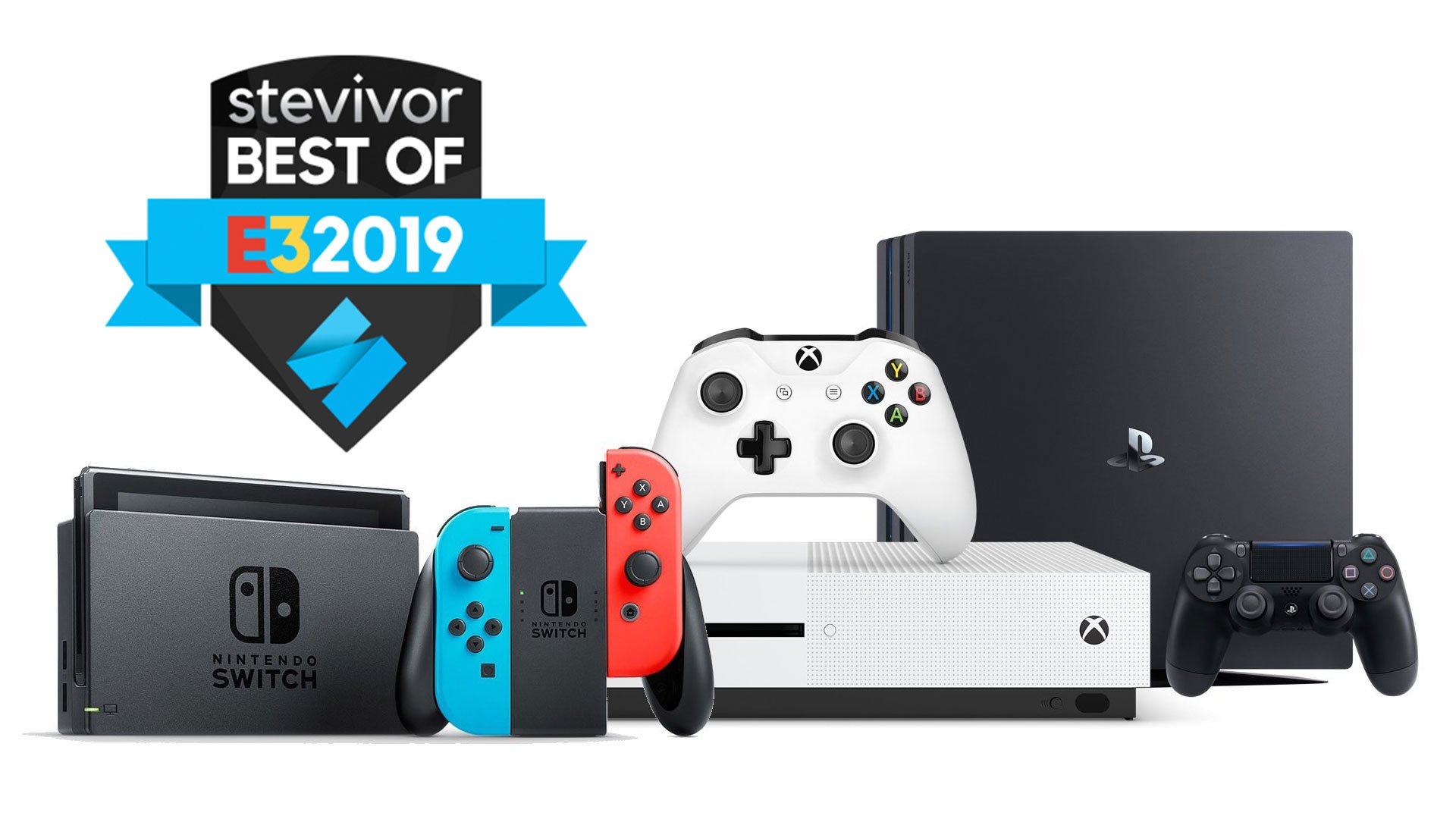 The best of the best.

E3 2019 is happening right now, and Stevivor is in the midst of fulfilling its duties as a member of the E3 Game Critics Awards judging panel.

You’ll find a list of all the ‘Best of’ award-winning titles Stevivor has selected for this year. Any title that we’ve spent more than five minutes of hands-on time with has the potential to be officially nominated as part of the Game Critics Awards; as such, we’ll detail if we had hands-on or hands-off time with the alphabetised list below.

We’ll be adding to this list as more games are issued awards — keep checking back!

Borderlands 3 is a crowd-pleaser and we’re just as excited for it — just ask Luke.

“We know Gearbox Software can deliver a fantastic loot shooter as they’ve shown in the past, and from what I’ve played so far I’m extremely excited to get my hands on the full Borderlands 3 experience when it releases later this year,” he wrote in his preview. “This is by far my most anticipated game of 2019, and September can’t come quick enough.”

Don’t forget that you can bridge that gap between Borderlands 2 and 3 with some new, free DLC.

I’m extremely jealous that Ben got a bunch of hands-on time with Control at E3 2019; be sure to check back soon for his thoughts. While you wait, you’re welcome to read what I thought of Control at E3 2018.

While Call of Duty: Modern Warfare was nowhere to be seen on the E3 showfloor, it was part of an E3 Coliseum broadcast; Ben also had a chance to check it out in a private setting. Stay tuned for his thoughts.

We awarded Cyberpunk 2077 with a ‘Best of’ award last year, and seeing more of it again this year — with added Keanu — makes it an easy choice. We absolutely cannot wait for this one.

The Dark Pictures: The Man of Medan

“The Dark Pictures Man of Medan is one of those rare games that not only stuck with me, but continued to grow long after I departed Los Angeles,” Ben wrote in his glowing preview. “From Supermassive Games, and the first in the planned Dark Pictures anthology, it follows the same trajectory as Until Dawn without the prestige of being a PlayStation exclusive.”

Jay had a lot of great things to say about Doom Eternal, but it’s all easily summed up by his claim that it surpasses the franchise’s 2016 reboot.

“Doom Eternal [maintains] all the things that made Doom great, while adding challenge and player creativity opportunities into the mix,” Jay wrote in his preview.

We mightn’t have seen a lot of Dying Light 2 during E3 2019 press conferences, but the title certainly made an impression on Ben after getting some hands-on time with it. Expect his thoughts soon.

We’ve got one word for you when it comes to Luigi’s Mansion 3: Gooigi. He won a place in Ben’s heart as did the title itself.

“Luigi’s Mansion 3 not only shines a light on Nintendo’s lesser-known Mario bro, it brings back gameplay we have scarcely seen in almost two decades,” Ben wrote in his preview.

Our first ‘Best of E3’ award to go to a technology rather than a specific title, Project xCloud impressed Ben its accessibility and lack of lag. Ben tried out Halo 5: Guardians via xCloud, so expect his thoughts shortly.

While Jedi: Fallen Order mightn’t win points for originality, it’s a cross between Star Wars: The Force Unleashed and Titanfall and that’s more than alright.

“Star Wars Jedi: Fallen Order feels amazing to play,” Ben wrote in his preview. “Not only was the extended hands-on demo at E3 considerably more impressive than what was shown during the EA Play livestream, Jedi: Fallen Order is a game you have to play to fully appreciate.”

Watch Dogs Legion came out proclaiming its biggest selling point was the ability to control any NPC and delivered on that during its E3 2019 press conference by introducing us to retiree Helen. Now we can’t get enough. Forget about the queen; long live Helen.

“Watch Dogs Legion has five storylines and no protagonist. It has an active open world but no NPCs, because all characters are playable. Not only is it doing things differently, it’s doing things we have never seen before if this concept is realised in full,” Ben wrote in his hands-on preview. He also doesn’t seem to like Helen as much as I do (and I’m as shocked as you are).

Expect full previews of the above titles, alongside a host of additional E3 2019 coverage, in the weeks to come. You can also go and check out Stevivor’s Best of E3 2018 awards.