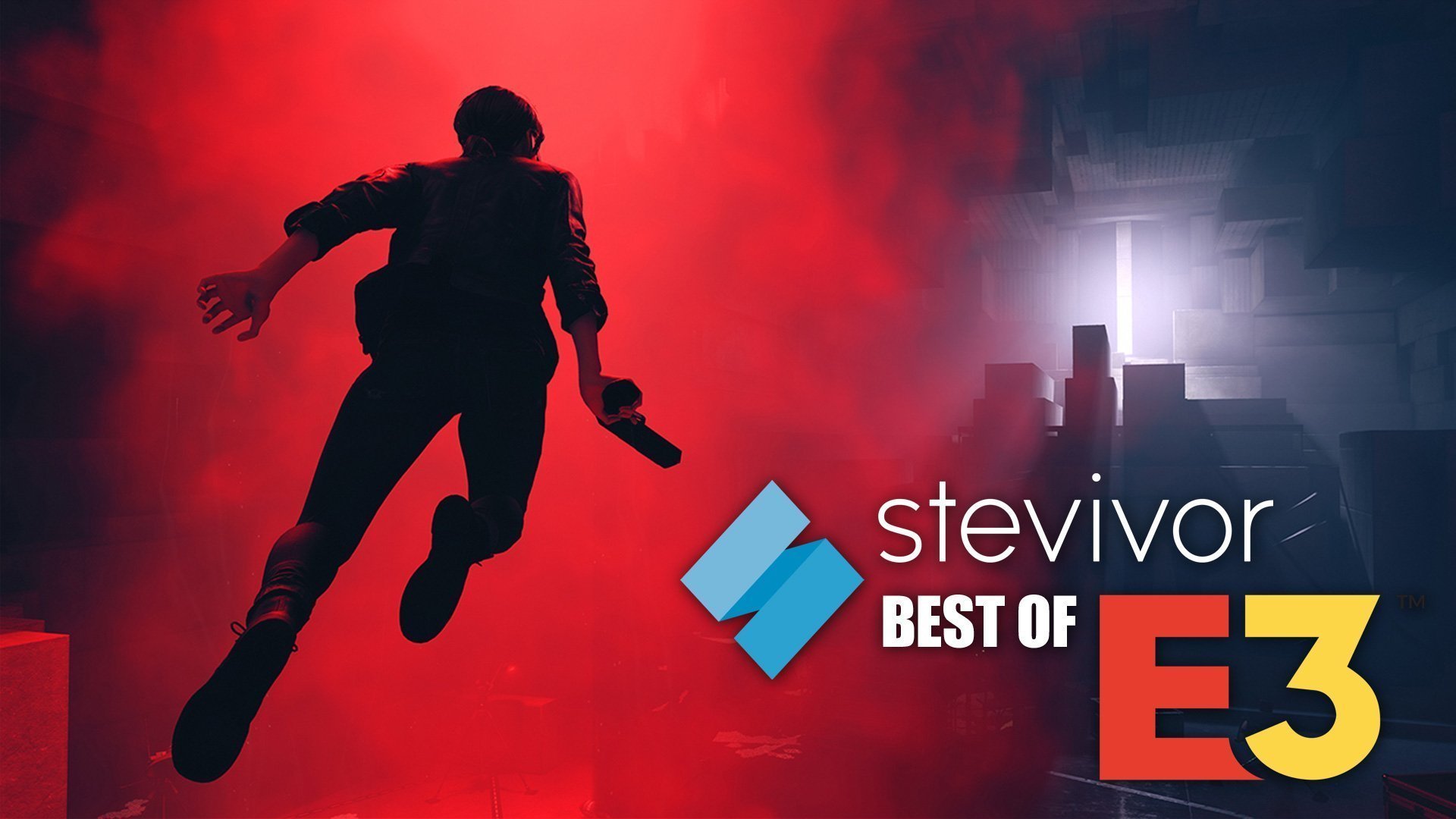 Control Preview: The best of Alan Wake and Quantum Break

And finally, an IP that belongs to Remedy.

I wear my love for Alan Wake on my sleeve. It was Alan — and an ocean, not a lake — that made me stand up and take notice of Remedy Entertainment. Max Payne be damned, the supernatural world of Alan Wake drew me in immediately and had me thinking about the game whenever I wasn’t playing it. It’s responsible for my exploration of (and subsequent devotion to) Twin Peaks. For the last eight years, Alan Wake has literally helped define who I am.

Considering Alan Wake one of the best games of all time is, sadly, a recipe for heartache. Alan’s story is still unresolved; while Alan Wake’s American Nightmare, a cut-down Xbox 360 Arcade game, served as a weak sequel, Alan remains in the ether with Barbara Jagger. For eight long years I’ve wanted a proper sequel to Remedy’s finest work, and with each new project announcement, I tend to get overly excited and hopeful. Project P7 was no different.

Deep down in my heart, I knew P7 wasn’t going to be Alan Wake 2. Like Quantum Break before it, I knew I would ultimately be disappointed because Remedy wouldn’t be continuing Alan’s story — at least not directly. But at the very least, I knew whatever the project turned out to be, it would be solid.

P7 was confirmed as Control at E3 2018; as it turns out, it’s not just solid — it’s Remedy going back to what it does so well. It’s a turn back towards Alan Wake itself.

If I had to succinctly describe Control after a recent hands-off experience, it’s the supernatural elements of Alan Wake crossed with the modernised gunplay of Quantum Break. In short, the things Remedy Entertainment does really, really well.

In Control, you play as Jesse Faden, a woman who’s travelled to New York in search of the Federal Bureau of Control. Faden is looking for answers after a brush with the supernatural, and she believes the FBC can provide them. As she arrives, the Bureau’s headquarters, known as the Oldest House, is attacked by a violent supernatural force known as The Hiss. It’s a merciless entity, possessing Bureau employees and killing its Director quickly and efficiently.

Faden soon finds herself the new Director of the Bureau of Control after picking up her predecessor’s gun, itself an Object of Power. The gun can only have one owner at a time; by picking it up, Faden unknowingly ensured it was her. It’s a bittersweet appointment — the gun can morph into different configurations and only works for Faden, providing her with many supernatural powers. On the flipside, it also makes her the prime enemy of The Hiss.

Jesse is as new to the strange world of Control as we are, let loose upon the Oldest House and its open world (a first for Remedy). The Oldest House is more than just an office building — it’s a hub for the paranormal; together, you progress in an attempt to understand what it all means. On the surface, it’s a traditional office building… until you look up and see tens of Bureau employees creepily hovering near the ceiling in most rooms. Much like the Taken in Alan Wake, some employees walk around the Bureau covered in shadows, ready to strike out and do you harm.

I laughed out loud as Jesse approached an area just off the Bureau’s lobby. “Ritual attenuation area,” a nearby sign read. “The law of three applies.” Your guess is as good as mine as to what that means. The fun is in figuring it out and using that area to reach another plane of existence (and that’s my assumption, by the way) inside the Bureau. Or from a portal that’ll open up within the Bureau. Or something.

The Oldest House has a Metroidvania design to it; we reached an area that was seemingly inaccessible, a door separated from Jesse by a large chasm. We were told that Jesse would normally need to backtrack through the Bureau to find another Object or Power — this time, one granting levitation — in order to pass over the gap. Luckily, to aid in the demo, Jesse already had it.

We door provided access to another reality, one as corporate as it was demonic. The Bureau’s clean, white, organised constructs looked out of place in the mystical realm. Winged creatures flew overhead, only adding to that feeling. As Jesse emerged from an elevator, she found herself in a long hallway full items catalogued by the Bureau. Here, a man sat in a closed-off room, a glass wall allowing you to peer within. He begged Jesse to relieve him; he’d been forced to keep his eyes locked on a fridge for days, or else it would ‘deviate’ (we were told this was a side-mission Jesse could deal with later). Curiouser and curiouser.

Faden’s supernatural powers might feel Alan Wake-inspired, but function more like the time-based powers of Quantum Break. They’re essential for survival; I watched as Jesse pulled debris in front of her to act as a shield before throwing it at nearby opponents to knock them out. She’s also got a dash-style dodge and it appears as if her gun regenerates bullets from an infinite supply (she had eight shots to fire with each ‘clip’ in the demo). Remedy confirmed that her powers are upgradable as you progress through the experience.

While Quantum Break featured some decent gameplay (that final boss battle aside), it was ultimately Microsoft’s baby — the shoe-horning in of TV elements made that clear. Despite these elements that made it rough around the edges, Remedy managed to create a world that I was keen to continue exploring. You know, just like Alan Wake. While we mightn’t get a direct sequel to either franchise, it’s easy to see the elements inside Control that made both properties great.

Best yet, this is an IP that’s wholly controlled by Remedy; with the developer learning from past mistakes, maybe this is the one that’ll finally let Sam Lake and company finally keep telling what’s already proving to be an exceptional story. Hell, maybe the success of the multi-platform Control will convince Microsoft (or even 505 Games) to let Remedy continue previous works. I can hope.