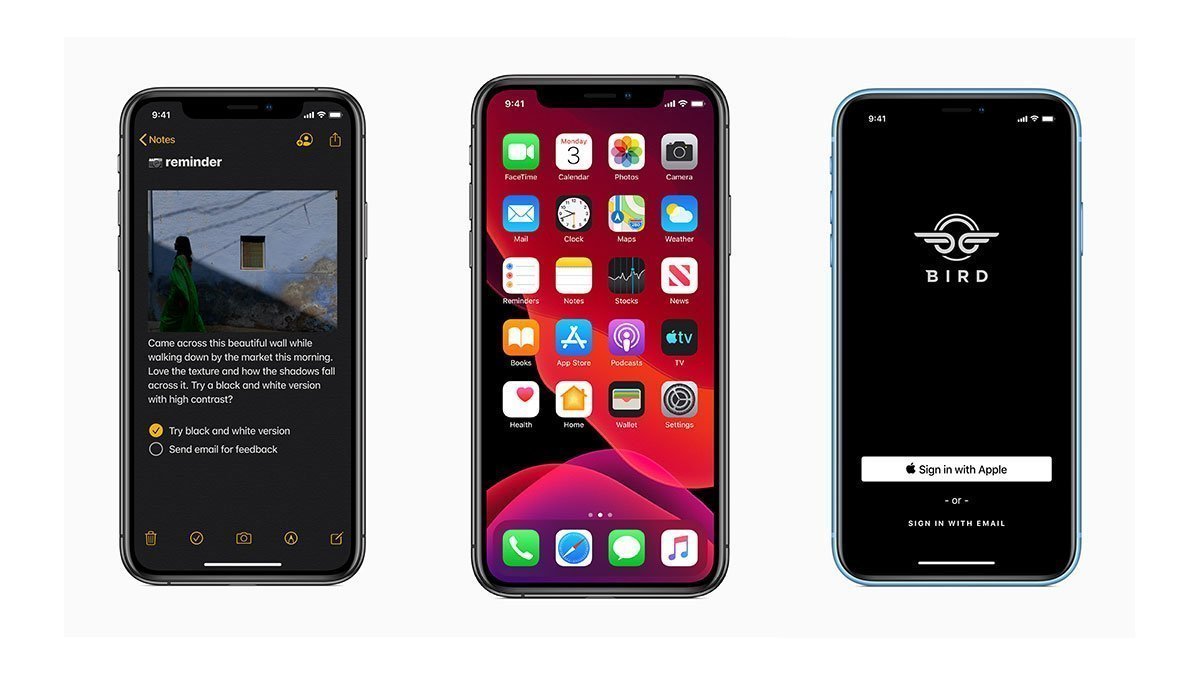 Apple doubles-down on ease of use.

Apple today detailed iOS 13, the next iteration of its popular mobile operating system used for iPhone and iPad devices. Here’s a rundown on what to expect.

iOS 13 is built for speed, with Apple Senior VP of Software Engineering, Craig Federighi, saying that Face ID unlocks will be 30% faster thanks to the new operating system. A new system of packaging will also dramatically reduce download sizes; downloads themselves will be 50% smaller in the new structure, while updates will be 60% smaller.

Apple’s first-party apps — including the likes of Reminders, Notes, Mail and Maps — are being redesigned for iOS 13. Reminders are being tweaked to add top-level reminders to to-do lists alongside the ability to tag contacts in specific reminders using iMessage integration.

The Maps app will allow users to tag their favourite locations and will sport a Google Street View-like “look around” feature thanks to the update.

Apple’s popular Memojis will work on devices with an A9 chip or later, though Face ID will still be required to animate said emojis.

Apple today confirmed that iOS 13 would include a dark mode, a first for the mobile operating system.

Dark mode was described by Apple as “a cool new look that’s easy on the eyes and perfect for low-light environments.”

A new voice control system will give users the power to operate within iOS 13 using their voice.

“Voice Control gives your voice the power to navigate, dictate, and work your devices in a new way,” Apple said alongside a new video that explains the functionality.

While we’re on voice, Apple also confirmed that a new tech called neural text-to-speech will make robotic assistant Siri sound smooth and more human than ever before.

One login to rule them all

Apple today confirmed it is working on its own Apple login system, mirroring similar functionality already offered by the likes of Microsoft, Facebook, Twitter and Google. Said system would allow users to login to third-party apps using Face ID; a user would then be prompted to confirm if they would like to pass on other information such as an email address.

“Instead of using a social account or filling out forms, verifying email addresses or choosing passwords, customers can simply use their Apple ID to authenticate and Apple will protect users’ privacy by providing developers with a unique random ID,” Apple said, describing the service.

Finally, Apple confirmed that Xbox One and PlayStation 4 wireless controllers will be supported via iOS 13, making it even easier to play the likes of Fortnite from your phone.

An update on tvOS will also bring Xbox and PlayStation controller support to the Apple TV.

iOS 13 will be offered in a beta state later this month to those who opt to register for it; you can do so here.

A full release is expected to roll out to iPhone and iPad devices in September. iOS 13 will be available on iPhones 6S and above, while iOS 13 and iPadOS will be offered on iPad Air 2 and later, all iPad Pro models, iPad 5th generation and later and iPad mini 4 and later.