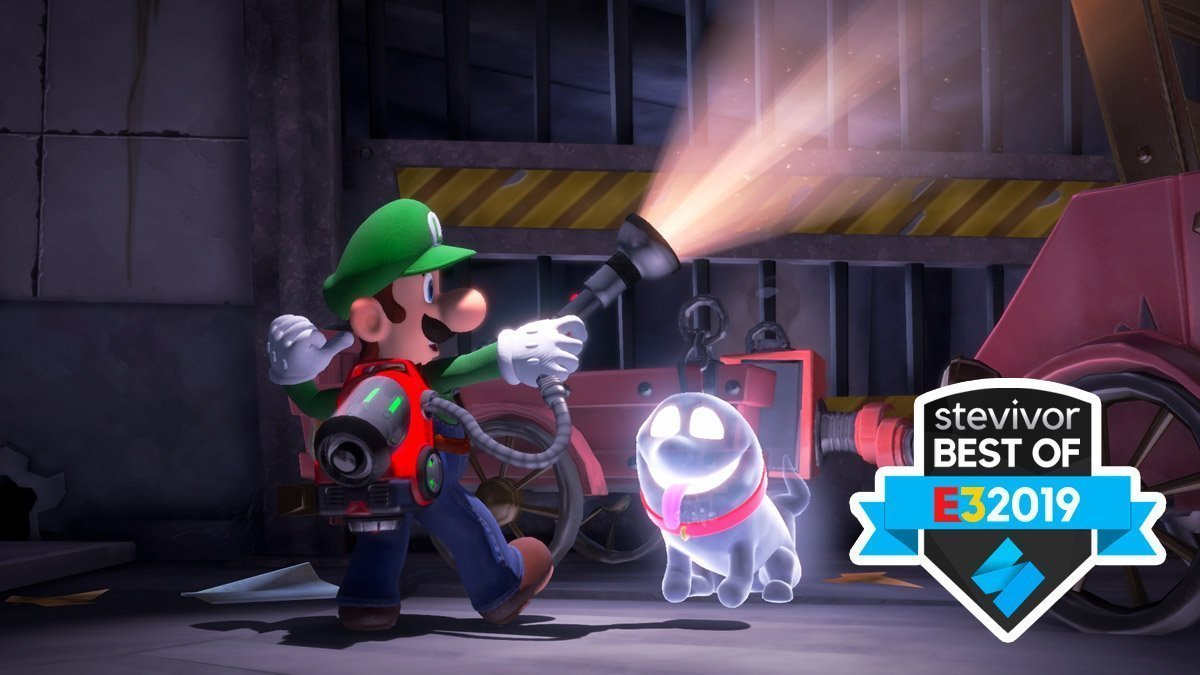 2019 is a fantastic year for the Nintendo Switch. It’s missing the showstopper, the Breath of the Wild, Super Mario Odyssey or Super Smash Bros. Ultimate of previous years, but in their place is a constant stream of quality, slightly lesser profile games releasing regularly from now until the end of the year. However, one game stood above the crowd at E3. Luigi’s Mansion 3 not only shines a light on Nintendo’s lesser-known Mario bro, it brings back gameplay we have scarcely seen in almost two decades.

The original Luigi’s Mansion was a GameCube launch title all the way back in 2001/02. At the time, I remember enjoying it, but it’s fair to say it was under-appreciated by an audience who had come to expect a Mario game to launch with new Nintendo hardware, and for some it was too different to fill the void.

In the following years, it started to garner the respect it deserved and finally got a sequel on 3DS more than a decade later. It also got a 3DS remake last year, which considering the break between drinks, would have been the first time many younger Nintendo fans became aware of Luigi’s solo misadventure. While the 3DS games were good, it’s great to see Luigi’s Mansion back where it belongs: on the big screen.

It carries the iconic Nintendo visual style with a darker tone. It’s actually one of the most amazing things about its design. This is a distinctly Nintendo game, with a darker pallet that uses vibrant colours wisely without compromising the atmosphere.

Luigi’s Mansion 3 is a challenging game. Our E3 demo opened with a short tutorial of the new combat mechanics, which will feel familiar to GameCube purists, but have evolved with some new tricks. As well as stunning and sucking in ghosts with the Poltergust G-00, Luigi is able to slam them into the ground, and into each other, to chain together takedowns. With limited health to play with, and enemies who don’t hold back, using one ghost to fend off others is a key technique.

In this, the unofficial Year of Gooigi, Luigi’s gooey sidekick expands the puzzle elements, which are more pronounced in Luigi’s Mansion 3. There were five hidden collectable swords to find in the level I played, all of which were locked behind puzzles of varying degrees of complexity, while the main path forward was also locked behind challenges to solve. You’ll need to use everything at your disposal, including the Poltergust to blow things away or bring them towards you, the dark light to find hidden objects, and the suction cup to rip away walls.

But it’s Gooigi who opens the door to exploration, in more ways than one. Pressing the right control stick (R3) jumps him out of Luigi’s body, allowing him to walk through traps and slip through gaps that block Luigi. While there is a co-op element, even as a single player, you will need to use both together to solve puzzles. I slipped past some traps as Gooigi and used his gooey Poltergust to pull a lever the removed the obstacle, jumped back to Luigi to walk across the now safe path, and then fused them back together, which caused the trap to spring back to life. When in doubt, see what Gooigi can muster.

The demo ended with a mini boss battle against a jousting ghost, resembling a knight on horseback. It was actually quite challenging. Health was in limited supply, his attacks dealt significant damage, and the window to attack was quite small. This one is clearly designed to teach you how to use several abilities together in quick succession, but that doesn’t mean it will be an easy victory; actually quite the opposite.

In a year with a new Pokémon game, the return of Super Mario Maker and a remake of a classic Zelda game, it’s the return of Luigi’s Mansion that has peaked my interest most after E3. The blend of puzzle solving, combat and challenge feels spot on, and it’s a rare Nintendo franchise that has been around for a long time, but hasn’t delivered many games, leaving it feeling fresh.

Luigi’s Mansion 3 heads to Nintendo Switch in 2019. Its release date has not been confirmed.