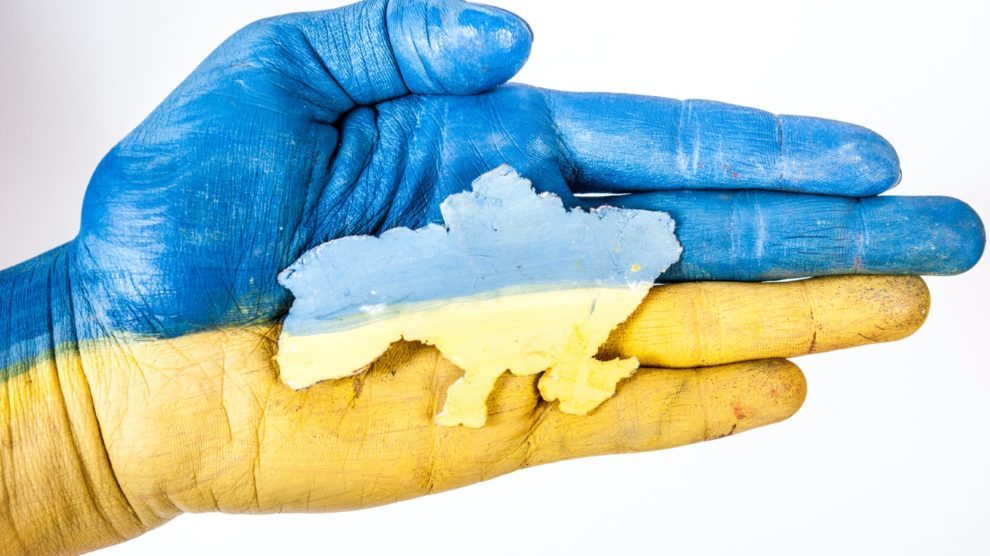 We'll update this as more statements are published.

Various developers and publishers within the games industry have reacted to Russia’s invasion of Ukraine, and this post aims to gather all relevant statements.

We’ll of course update this list as more statements are released.

How you can help support Ukraine

First, we’d like to post links to various groups that you can donate to should you wish to actively support Ukraine.

“The IGDA extends its support for Ukraine, its people, and the studios and game developers affected by this egregious breach of international law. As an international organization that values community and advocacy, we express our solidarity with Ukraine and our peers, friends, and colleagues within the Ukrainian game development community.”

“I can tell you that we are all very much feeling — we have team members from the Ukraine with family sitting there in the country,” Asobo Studio’s Jorg Neumann told Stevivor. “We have developers sitting there. We are in contact when we can and we’re trying to support and… I have to work through how that best is structured.

Bandai Namco has donated 100 million yen to Save the Children in aid of humanitarian efforts in Ukraine. Read more here.

“The biggest attack on a European state since WW2 began around 5 am EET, February 24, 2022. Since then, residents of the capital Kyiv, Kharkiv, Kherson, Dnipro, and other Ukrainian cities and regions have woken up from the sounds of explosions every morning,” Boosteroid wrote in a statement to Stevivor.

“Now, Boosteroid, an international cloud gaming service including the office in Ukraine, along with Ukrainian governmental and non-governmental organizations, is under massive numerous DDoS attacks from Russia.

“Our technical support team of 80 employees is located in Kyiv and other Ukrainian cities. Despite the attacks, we do our best to keep the service running.”

Our hearts are with our friends and families affected by the events in Ukraine.

We will be donating 100% of the proceeds of the first 48 hours of our Game2Give drive to humanitarian aid efforts in response to ongoing conflict.

The recent invasion on Ukraine, our friends and neighbours, left us shocked and outraged.

In solidarity with all victims of this act of aggression, the CD PROJEKT Group has decided to support humanitarian aid efforts by donating 1 million PLN to the @PAH_org (1/2)

Our hearts are with the people of Ukraine and those affected by this needless violence.

We have donated $100,000 to the Canadian Red Cross to assist in humanitarian aid efforts in Ukraine. Together we can make a difference: https://t.co/v4GGbdTpAc

EA has suspended all sales in Russia. Read more here.

We can't just stand by. Russia attacks our homeland and denies the sovereignty of Ukraine. We are trying to stay safe, but this is war, there are no two ways about it.

The Russian Federation has declared war on Ukraine.
The future is unknown, but we are sure of our Armed Forces and country.
We ask all: do not stand aside and help those in need.

For the next seven days, 100% of the profit from sales of @SlipwaysGame will be dedicated to the Polish Red Cross #naPomocUkrainie (help Ukraine) fund, to be used for humanitarian aid. pic.twitter.com/ROokxXJkoO

Microsoft has suspended all sales in Russia. Read more here.

Nintendo has suspended shipments to Russia and has confirmed the eShop is down in the country due to issues with payment systems. Read more here.

As Remedy Entertainment, we all stand united in our support of Ukraine. #StandWithUkraine️ pic.twitter.com/XXy96rm8pJ

“We are in close touch with multiple charities to which we have already sent over 20,000€, and more of such direct financial help from our side will come in the upcoming days and weeks. We have also relocated a part of our team to immediately start working on a much needed DLC – the Ukrainian Paint Jobs Pack, which we are racing to bring to the Steam Store as soon as possible and from which we are going to donate 100% of the income towards those in need.”

Dear friends, as some of you may know, we are based in Ukraine, today our country was attacked by Russia. They declared a War and currently attacking our citizens.

We will not able to answer or help you that much with the game atm.

Love and peace for you all!

Take-Two has suspended all sales in Russia. Read more here.

For the next seven days, 100% of the profit from sales of @SlipwaysGame will be dedicated to the Polish Red Cross #naPomocUkrainie (help Ukraine) fund, to be used for humanitarian aid. pic.twitter.com/ROokxXJkoO

Ubisoft has suspended all sales in Russia. Read more here.

“At Wargaming, the safety and security of our employees is the top priority. Currently, all available company resources are helping and supporting our 550+ colleagues: providing them with alternate housing, early salary payments, additional funds to aid travel and relocation.

“We are helping our employees’ families to travel neighboring countries and organizing accommodation for them.

“And lastly, today Wargaming Kyiv are donating $1m to the Ukrainian Red Cross. These funds will be used to support Ukrainian hospitals and doctors, those citizens who have been displaced and other vital activities of the humanitarian organization as is needed.

“We will be able to proceed with further humanitarian help if situation requires.”

Update: Wargaming has also confirmed it has fired Sergey Burkatovskiy after the developer publically supported Russia’s invasion of Ukraine.

“Sergey Burkatovskiy expressed his personal opinion on social media which categorically does not reflect the position of the company,” a Wargaming representative confirmed to PC Gamer. “He has been let go and is no longer at the company.”

“We are still living in a hallway, but it could be worse all things considered,” Weasal Token’s Alex Molodkin wrote in a statement to Stevivor.

“Regular air danger alarms, occasional explosions in the distance, and each evening we get some form of ‘this night will be very hard’ warnings since Kyiv is pretty much their main target. But we’re managing to stay sane so far.”

If you want to help us defend our freedom, here's a list to consider:https://t.co/yg2YFERjv6

Photo at top by Elena Mozhvilo on Unsplash