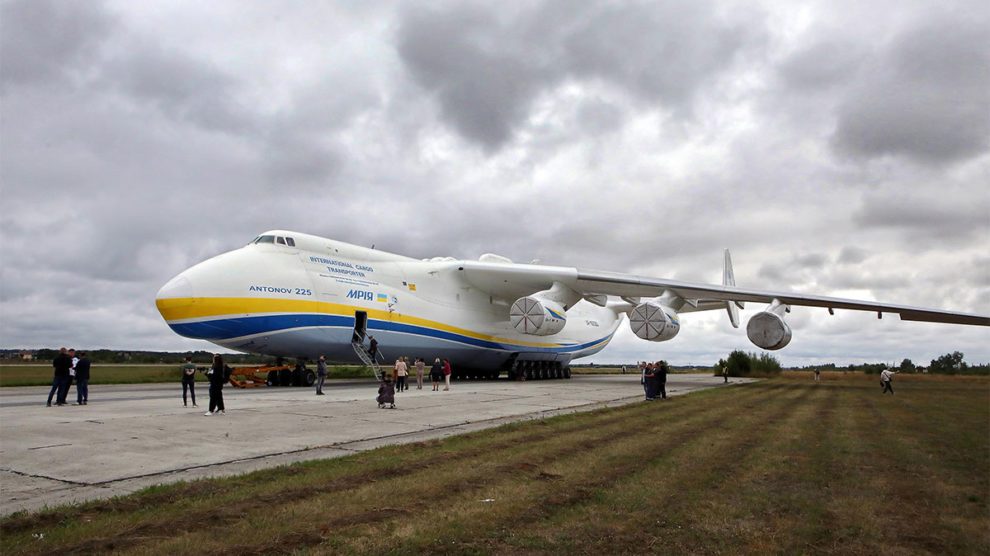 Microsoft Flight Simulator head Jorg Neumann has expressed his support for the people of Ukraine alongside his dismay that the Ukrainian-built AN-225 has been destroyed as a result of a Russian invasion.

“I can tell you that we are all very much feeling — we have team members from the Ukraine with family sitting there in the country,” he said in conversation with Stevivor. “We have developers sitting there. We are in contact when we can and we’re trying to support and… I have to work through how that best is structured.”

Discussing the ramifications of Russia’s invasion of Ukraine inside Microsoft Flight Simulator itself, Neumann acknowledged that airspace over Ukraine would automatically reflect the real-world grounding of all commercial planes.

“I think sometimes people… remember the Suez Canal ship [that blocked shipping lanes for close to a week], and they think that was real-time in Flight Sim. It wasn’t; that was a modder basically putting a ship there,” he said.

“But it is true that the airspace — ’cause we’re getting real-time flight data — the airspace, when it’s closed, there are no planes. This is just because… we don’t make that data, it’s FlightAware, the service that we’re using. As it’s happening, it’s happening. It’s just the service running; it’s just like the weather.”

Neumann also expressed his sadness at the loss of the Ukrainian-built Antonov AN-225 (pictured above), the world’s largest cargo ship that was sadly destroyed as a result of Russian attacks.

“We cried today,” Neumann said. “Not just for the people. We cried because the 225 has been destroyed.

“It’s the world’s biggest plane; it’s gone. It actually carried corona vaccines to Africa because it’s the largest transport plane in the world. It’s a good plane. It’s a proud plane for the country.

“Mriya,” he continued. “It’s called ‘dream’. That’s what the plane is called. It’s a wonder of technology and it’s destroyed.”

Our full interview with Neumann can be found here.