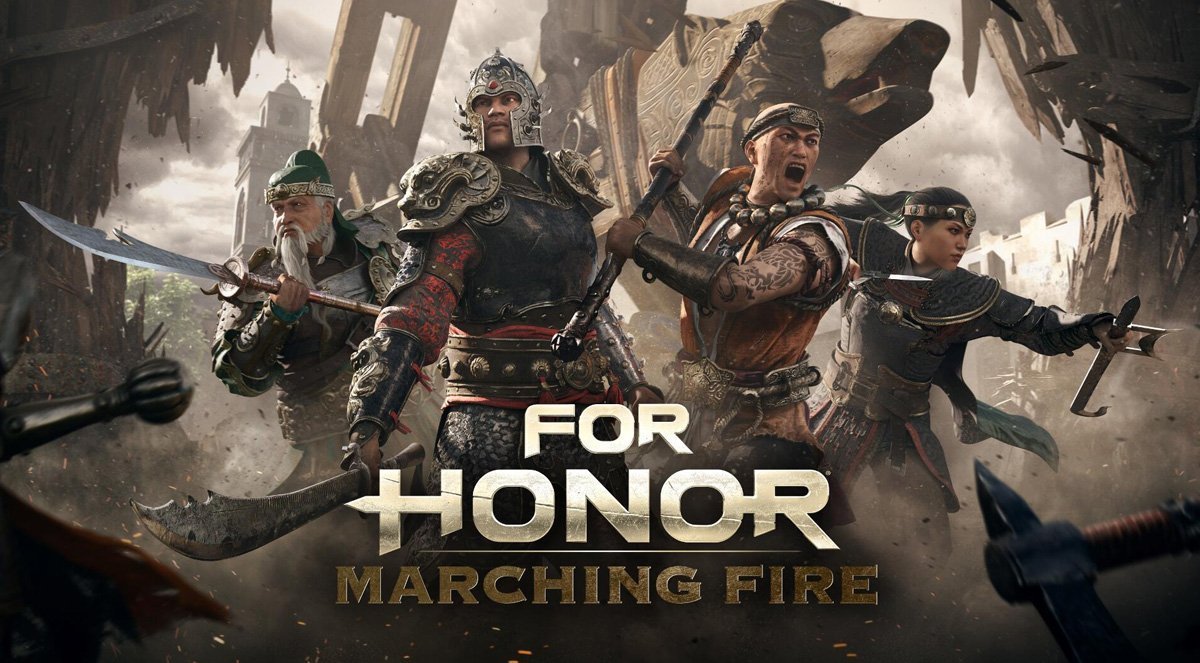 The best parts of this expansion are free.

For Honor’s Marching Fire expansion is the second-coming of Ubisoft’s ambitious medieval fighting game. It injects fresh content, some of the best the game has to offer, mostly as a free update; and turns the spotlight back on itself, if only briefly during the busy season.

Marching Fire is primarily marketed as an expansion, but most of it is actually a free content update; what is included in the October patch and what is locked behind the $45 expansion pass isn’t immediately obvious. The good news is the best of Marching Fire is all free for those who already own the base game. It includes the fantastic new Breach mode, as well as visual enhancements. The paid expansion adds four new characters, who can be unlocked with in-game currency without buying the DLC, but with lots of grinding, and the Arcade mode.

Regardless of if you’re new to For Honor or if you picked up a sword last year, the tutorial is the first port of call. For Honor isn’t like riding a bike; one doesn’t simply resume where they left off eighteen months ago – you must learn to walk-and-sword again.

With the pace re-established, Breach stands out as the most exhilarating and engaging variation of For Honor. It’s a 4v4 attack and defence mode. The attacking team has a finite number of lives to take the castle, before switching gears to eliminate the computer-controlled Lord of said castle. Armed with a battering ram, the attacking team is aided by NPC minions who serve as little more than cannon, erm… sword, fodder. The defending team doesn’t have to worry about a rising death toll, as their lives are unlimited. Aided by similar flailing AI allies, their sole focus is stopping the attackers.

Breach takes the block-attack-counter combat of For Honor and upsizes it to epic proportions. Where I often found myself growing frustrated playing alone against a strong opponent in the base game, Breach counters that with seriously tense moments — but even when the odds are stacked against you, an ally can swoop in at the final moment to save the day as your knight in shining armour. Whereas the original game felt like it was you versus a strong A.I. opponent amongst irrelevant noise, Breach brings the battlefield to life around you.

All characters and environments have received a facelift — very impressive closing in on two years after launch. The lighting, in particular, has been greatly improved, so there’s never been a better time to jump in, especially following its inclusion as a Games With Gold title a few months back.

That brings us to the end of Marching Fire Part 1: Game Changing Freebies. Marching Fire Part 2: Can I Have Some Money Now? doesn’t make much sense as paid DLC. It adds four new fighters — the Tiandi, Jiang Jun, Nuxia and Shaolin — from the Wu Lin faction. All four are interesting to play as, but unless you’re in for the long haul, the base 18 fighters will probably suffice.

The paid expansion also adds Arcade mode. The PvE mode can be played alone or online with a mate, and is theoretically unlimited. It’s a series of randomly generated challenges based on your chosen difficulty settings. You will encounter a random opponent, on a random map, afflicted by random modifiers.

Those difficulty settings prove critical, as Arcade uses not one, but two settings to scale difficulty. Set across five tiers — common, rare, heroic, epic and legendary — first choose the challenge of your opponent, and then the quality of gear. The colour-coded settings correspond to each other: the blue rare opponents should be matched with the blue rare gear for a traditional bump in difficulty. If you want to make it even harder, try tougher opponents with less powerful equipment.

If you desire tangling with a competent swordsman, but need a helping hand, try a middle of the road challenge with top-end legendary gear. It’s a rather clever way to ensure all players are able to find the line between challenge and frustration; but the randomly generated content formula leaves it feeling a little underwhelming compared to the highs of Breach.

I like that Ubisoft is continuing to support For Honor and all that’s included from a content perspective. Both Breach and Arcade improve the overall package, the new fighters will be appreciated by the dedicated community and it’s great to see a visual improvement 18 months post-launch. However, this is a strange situation where the Marching Fire content is great, but I can’t recommend buying the $45 expansion. The best content is free, the fighters can be unlocked with in-game currency, and Arcade mode alone is not worth that price; with its emphasis on difficulty, Arcade would have been a great mode to reengage players, which makes it all the more baffling to include it as the only content locked behind a paywall. Considering a majority of the content is a free update, you’re much better off playing the Games with Gold version or picking up a pre-owned copy for $15, and enjoying most of Marching Fire anyway.

For Honor: Marching Fire was reviewed using a promotional code on Xbox One X, as provided by Ubisoft. Click here to learn more about Stevivor’s scoring scale.