We’re about ready to turn our provisional For Honor review into an honest-to-goodness proper one, complete with score.

A shooter-fighter hybrid, most of For Honor is sword-based. Different troop types are dotted across three factions: Samurai, Knight and Viking. Some are heavy and slow, dangerous if they even connect with a powerful strike, while others are nimble though able to do tremendous amounts of damage if left unchecked. Combat is a rock-paper-scissors affair over three stances — high, left and right; if an opponent attacks you in a high stance, you’ll have to match that and guard. Attacks are performed in light and heavy modes, meaning you should be able to sneak a light attack in before an opponent can wind up for a heavy.

When facing off against an opponent who’s managing to block all of your attacks, you can try the block break move. It provides the opportunity to temporarily stun your attacker and follow up with an attack of your own. The break also can be used to push enemies off ledges if you can catch them off-guard; a simple double-tap will send them falling to their doom. A dodge button works as a roll when you’re not using guard, and a side-step when you are. 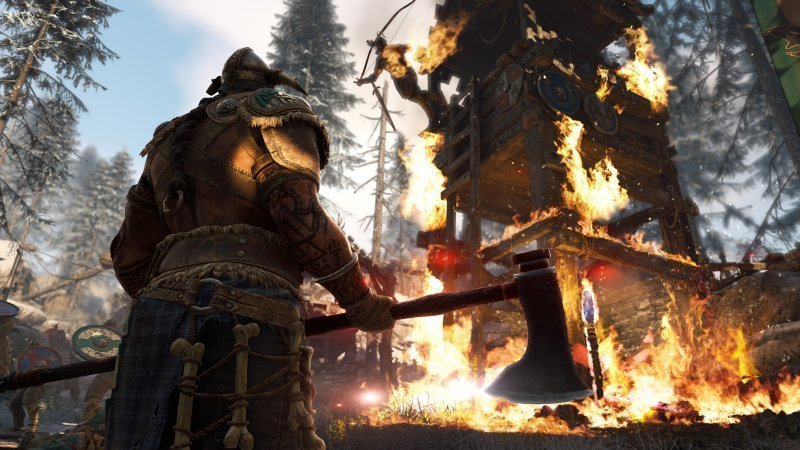 On top of this, each different troop type comes with a varied range of buffs and talents; the Samurai Orochi, as an example, possesses a stunning scream, smoke bomb, ranged arrow strike and more. To use a buff, you’ll first have to perform well on the battlefield, slowing gaining access to higher-level skills, each on a cool down timer once used. They can mean all the difference in combat; that scream is extremely useful for getting out of Dodge when surrounded by a number of enemies.

Single-player is way more fun than I would have thought, providing a quasi-Dark Souls experience for those who seek it on difficulties higher than Normal. On the default difficulty, you can slog through each of the three sections of the campaign — one for each faction — with relative ease, hacking and slashing away at your hearts content. On Hard, you’ll actually have to be a student of blade-based combat, knowing how to guard, when to strike and when to wait for your opponent to tire out. As if that wasn’t good enough, the next difficulty level up removes checkpoints. Feel like being a sadist? For Honor can help.

The campaign is varied, forcing a player to try out each of the game’s main classes while throwing in engaging battles and challenging bosses. The first, undertaken by the Knight, involves a hulking Viking and his pack of feral wolves. As you dodge and weave from the Viking’s massive axe, you’ll also need to be aware of lunging beasts. The fights are exhilarating, causing blood to pump and cheers of triumph to ring out as you overcome adversity.

The story is so-so, but that’s not what you’re going to be invested in. Like Battlefield 1 before it — and evoking that same sense of true combat as well — we’ve a single-player campaign in a multiplayer-focused title that’s actually worth playing. See that you do. 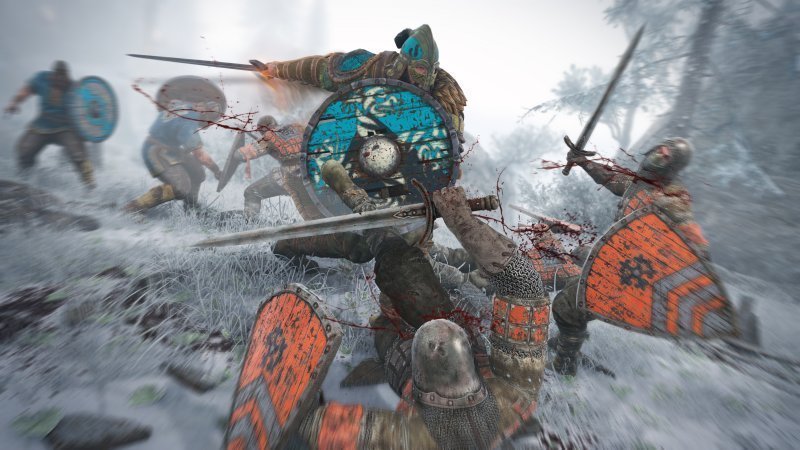 This is where the meat and potatoes of For Honor‘s offerings. A many-layered affair, multiplayer involves a number of different modes, each feeding into a larger, faction-based meta. Truly, every multiplayer mode (bar 1v1) is about proper communication with your teammates. This is something that multiplayer enthusiasts will delight in, though lone wolves may find themselves turning away quite quickly.

Dominion is the most grandiose of For Honor’s multiplayer offerings. With zones to capture and lanes of NPCs streaming down towards an epic battle with one another, it’s hard not to compare this mode to what you’d experience in a MOBA. You’ll need to be fluid with your strategy at all times, constantly changing tactics to match the situation. Whilst you can capture hardpoints and remain on them for double score, that can backfire; if you’re slain by the opposition while piling up points, they’ll steal a majority of them. The goal is to reach 1,000 points by capping points, stealing them or taking out NPCs, then moving to eliminate the other team before they can recover. It’s easy to get distracted by a hardpoint that you’re about to surrender or a cluster of NPCs that are just begging to be slaughtered, but victory depends on awareness.

Elimination is a 4v4 affair that does away with NPCs, pitting player versus player without the ability to auto-respawn after you’re felled. The battlefield is littered with boosts, enhancing your speed, health or guard ability, and the key here is to really maximise those boosts while doing everything in your power to attack the enemy with greater numbers. The mode starts, like 2v2 and 1v1 Duels, with one player against the other, and these groupings are scattered across the map. If you emerge victorious against your initial attacker, you then need to decide if you’ll stay near its body to prevent a player-controlled revive, or if you should find another battle and assist a teammate. Quick thinking and strategic revives usually mean victory in this mode; lone wolves who think they can somehow take out overwhelming numbers of opponents will leave you shaking your head in frustration. 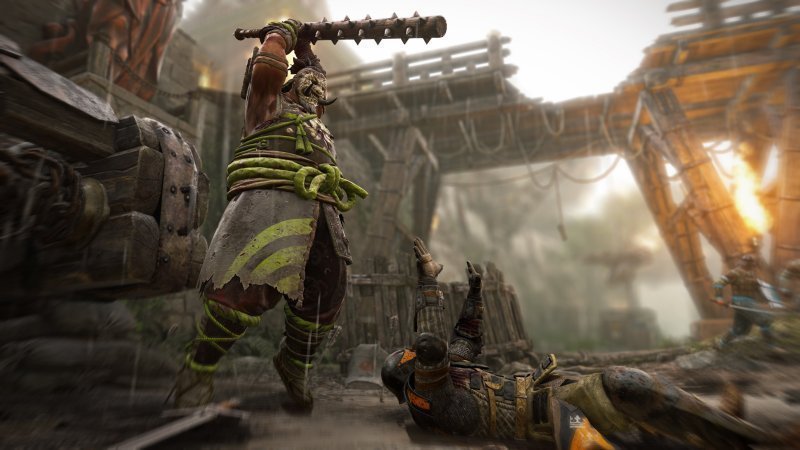 The 2v2 and 1v1 modes basically speak for themselves, relying on more skill than other modes. It’s here, obviously in 1v1, that you’ll need to obey the rules of For Honor, knowing when to block, strike, break and managing ever-important stamina. In 2v2, I was constantly amazed how the meta changed with different matches; quite early on, you can see if players will allow 2v1 situations or not; I frequently played matches where an opponent would best my partner and then stand at the sidelines, waiting for the other two fighters to finish their battle. It appears chivalry isn’t dead, at least some of the time — I never had a problem ganging up on a remaining opponent if I bested my own attacker.

Across all of these matches is the larger, faction-based game, where points earned from play can be transferred to battle orders. Here, you can align with one faction and work towards the domination of a large map, pushing against your opponents, or fortifying your own borders. It’s like a simplified game of Risk, offering up rewards if your faction manages to come out on top.

After the utter mess that was For Honor’s networking in closed — and open — betas, we were cautious of online capabilities in this final release. Thankfully, the issues we encountered in both — frequent dropouts, half-populated matches and the like — haven’t shown themselves in the final release. After two solid days of play, across various modes and basically on the hour, we’re confident that Ubisoft has bolstered its backend to ensure For Honor will be a delight to play, not only in mechanics, but over the internet too. For Honor is a refreshing new take on combat, and one that everyone should experience.

For Honor was reviewed using a promotional code on Xbox One, as provided by the publisher. Stevivor has taken advantage of the game’s closed and open betas to assist in this review, though game modes experienced in betas will be re-assessed in their final iterations before a score is given. Click here to learn more about Stevivor’s scoring scale.