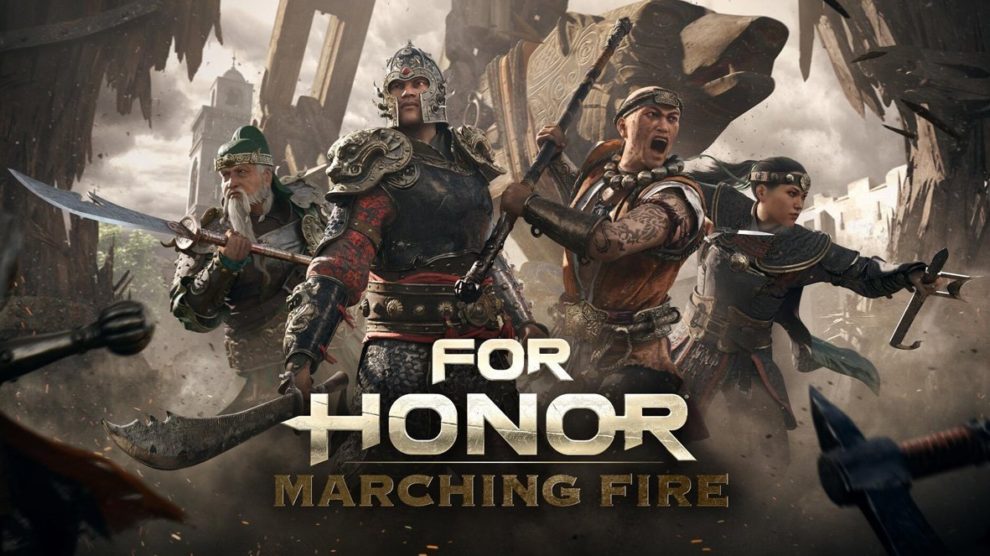 For Honor Marching Fire heads to PC and consoles in October, and Stevivor was given the opportunity to check it out far ahead of launch at E3 2018.

Available from 16 October, Marching Fire adds a bunch of new content to the rock-paper-scissors combat game. A new Chinese faction, the Wu Lin, will offer up four new fighters: the Tiandi, Jiang Jun, Nuxia and Shaolin. Moreover, a new 4v4 multiplayer mode, Breach, will combine PvP with PvE in an objective-based, action-packed activity.

Stevivor tried both Breach and the Shaolin out, as you can see below. The Shaolin, ranked as a hard to play, hybrid character, comes complete with a long staff, extending the Shaolin’s reach. That ability, plus the speed at which he can swing his weapon around, is quite impressive. The Shaolin has a series of devastating combos at his disposal, though I admittedly had more luck with them in practice mode than Breach itself.

Breach is a curious beast, with one team on the attack and the other on defense. The attacking team has a finite number of lives to accomplish their objective — a castle siege — before switching gears to eliminate the NPC Lord of the defending team’s castle. Armed with a battering ram, the attacking team is bolstered by NPC troops that can still deal some heavy damage to the opposing team.

The defending team, of which I was a member, has infinite lives and similar NPC troops. Their mission is simple: stop the attackers. You’re aided by ballistae and cauldrons of boiling oil to help repel invaders and break their battering rams, though the enemy team can also use said tools to fell opponents. Ideally, the defenders’ goal is to kill player characters far ahead of the end of the map, though if unsuccessful they’ll need to stand guard over their Lord or face a disappointing defeat.

As I thought I was pretty good with the Shaolin in practice, I thought I’d go alright with him in Breach. How wrong I was. Despite the Shaolin being an agile warrior, combat tended to boil down to strength in numbers, with well-coordinated teams quickly taking down single opponents by way of simple button mashing.

Despite a total lack of finesse, I really enjoyed Breach as it provided some amazingly tense moments. After losing ground and taking up final positions beside our Lord, our team was doing extremely well… until the opposition found a ballista and started firing arrows through our heads.

I swung around, out of sight, and managed to not only take down the ballista-wielding enemy but exhaust the last of the other team’s tickets in doing so — four more enemy deaths were all that stood in the way of victory. Both teams began to shout as we made beelines for the Lord, though sadly, the opposition got there first. They overwhelmed him — and us — causing us to hang our heads in shame. I was about to ask for a rematch when we were told our time with Marching Fire was at an end. Next time, my opponents won’t be so lucky.

For Honor: Marching Fire heads to Windows PC, Xbox One and PS4 on 16 October.