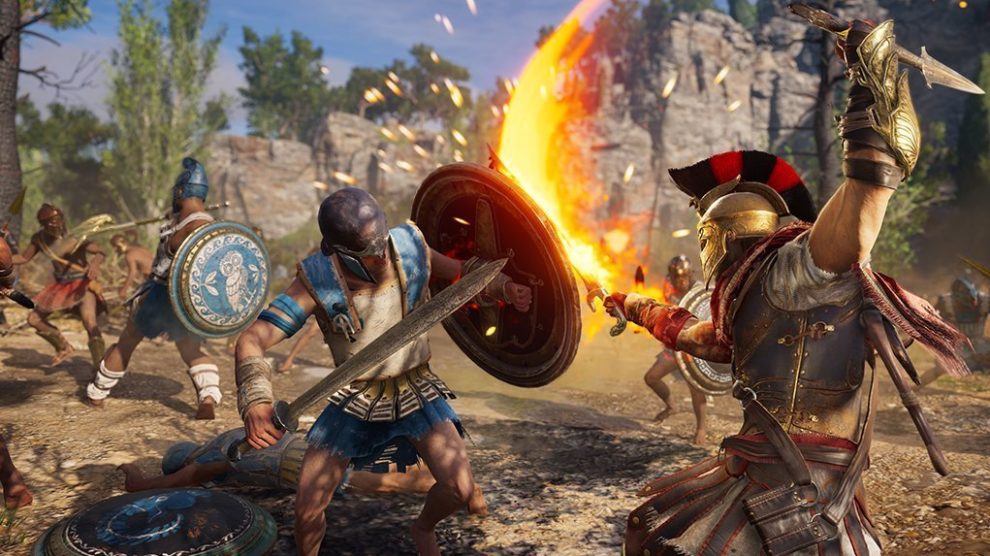 Assassin’s Creed Odyssey is almost here, and we’ve a number of tips and tricks before you play.

Don’t worry — we’ve kept spoilers to a minimum. Enjoy the read before you jump into things.

You can change your difficulty (and picking easy is okay)

First up, Odyssey is difficult, especially if you’re a low-level character going up against higher level enemies.

You’ll be given the chance to set combat difficulty when you start the game; let us tell you that there’s no shame in selecting easy right then and there. If you pick something higher and are struggling, don’t forget that you can head back into settings and change difficulty mid-game.

Want more combat tips? We have you covered here.

You can change back and forth between Guided and Exploration mode

Much like combat difficulty, you can switch between the game’s Guided and Exploration modes at any point in the game.

Not sure what Guided and Exploration modes are? We’ve got you sorted right here.

Don’t get attached to your gear

While levelling up, it’s cheaper to use new stuff you collect through gameplay rather than enhancing or upgrading old stuff.

Consider using the higher level stuff even if you don’t like the way it looks (or plays). It might make the difference in leveling up even more.

Play around with weapons to find those that suit your style

This one’s connected to the last tip, really. Try different weapon styles out. See what works for you. Spears might be your friend because of their reach, or you may hate them because they’re slow.

Only one way to find out, eh?

Before you start, head over to Ubisoft Club and redeem some rewards. Among them is a set of level 5 armour that’ll give you a free boost when you get to that point. You’ll need all the help you can get.

Mix and match with your abilities

Some of those abilities will surprise you in how they help you out — flame weapons are super handy for crowd control, as an example.

Get the Assassin > Revelation skill as quickly as you can

Mirroring functionality in Assassin’s Creed: Origins, this particular skill lets you hold up on the d-pad to scan the immediate area for loot.

This is great to find resources used in crafting and for gear enhancement.

Don’t be afraid to engrave your weapons

The engraving can be overwritten if you earn a better one, and it’s not too pricey to do.

Kassandra and Alexios are the same

Apart from their gender and appearance, that is. Quite literally everything else is the same, from attitude, dialogue options, romancing and they way the character interacts with the world.

We cover this topic in more detail here.

Don’t worry about accidentally committing to anything you don’t want to do — you always get a second-stage confirmation for romance before you commit.

Think of it as consent, really. We love it.

Do you have other tips or tricks we’ve not listed? Sound off in the comments area, below.