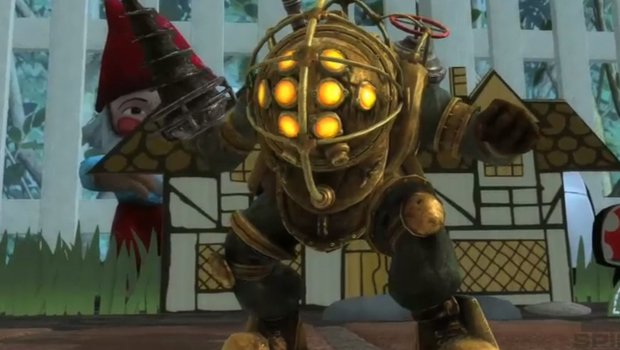 There were three words you didn’t want to say around the Sony private preview room during E3, but I was fortunate enough to be in attendance when someone muttered, “Super Smash Bros.” while at the PlayStation All-Stars Battle Royale area.

What can I say? I didn’t do it, and I enjoy a bit of drama now and again.

As every Sony representative I could see turned and glared at the person in error, I was very glad I didn’t make the comparison…until now, that is.

If it looks like a duck, and quacks like a duck…well, Sony’s Battle Royale (shortened only for my poor typing fingers) was pretty much damn like Nintendo’s Super Smash Bros. Sorry I couldn’t keep up with the analogy.

I had the chance to play a couple rounds of Sony’s new star-studded fighter, and it’s impossible to compare it to that…um, other game. Though, I fail to see why the comparison is a bad one; Nintendo’s offering is a fun multiplayer experience, and so too is Battle Royale. I tried out both Big Daddy and Sly Cooper, fighting against three other previewers, and was all smiles with each match. 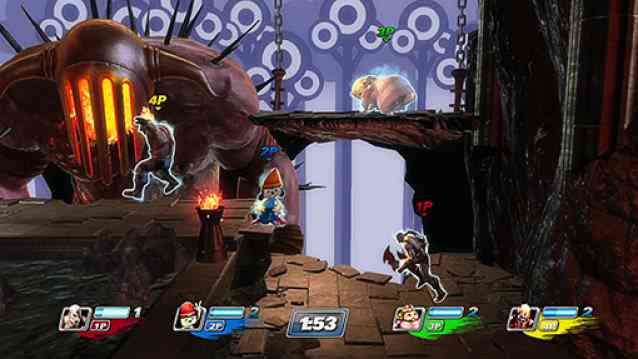 Big Daddy is surprisingly agile for a hulking abomination, but has a sense of power about him that you’d expect. Sly Cooper on the other hand plays as a very different type of character…and in my opinion, one that’ll take a bit of practice to master. His ability to go invisible? Very cool.

Sly aside, it seemed as if the characters were fairly simple to understand. Attacks are straight forward, and strategy is mostly thrown out the window as you jump about with friends and try to deliver damage.

The TV that I was playing on was being used by two PS3 players, whilst two other gamers were duking it out on separate PS Vitas. If I hadn’t seen the portable gaming units in front of me, I’d have never known. Cross-play is a wonderous thing, Sony — keep it up.

Even though Sony might not actively want you to make the comparison to Nintendo’s earlier offering, the game is exactly what you’d expect from your past experiences. This time around, you’ve got an arsenal of Sony’s finest franchises at your disposal. Fanboys and multiplayer fiends alike should go play when Battle Royale is released in Q4 this year.