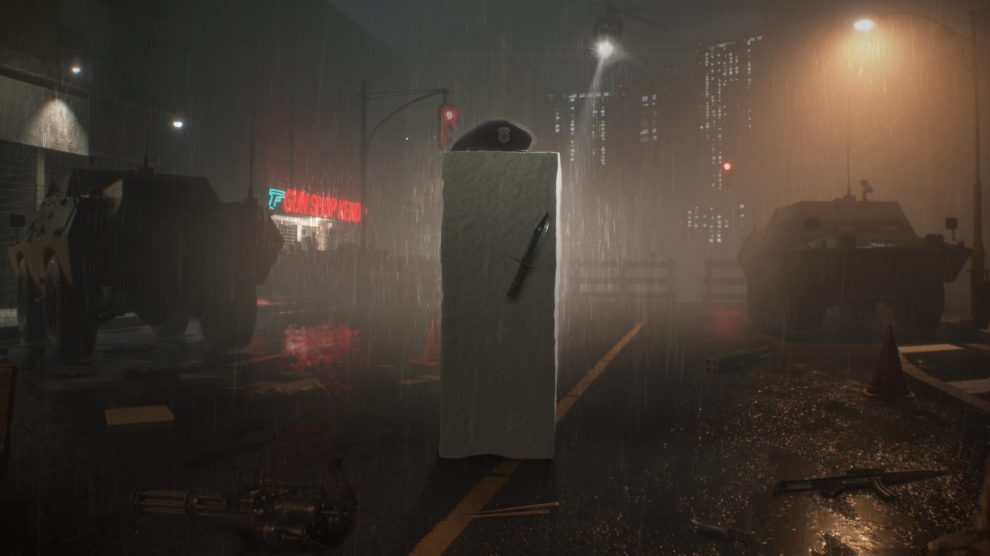 Update: You can hear Tofu’s voice in the special trailer that followed the Resident Evil 2 1-Shot Demo. Click here to watch the (spoiler-filled) trailer.

Original story: While the Resident Evil 2 remake’s western voice cast is remarkably different from the original (we miss you already, Alyson Court), fans can be rest assured that the voice actor responsible for Tofu will return.

Speaking with IGN Japan (as translated by Stevivor), Capcom recently made the confirmation. It’s pretty easy to have that cast member return for the remake, really — Tofu’s original voice actor, Katsutoshi Karatsuma, was a programmer on the original Resident Evil 2.

IGN Japan: We know that the To-Fu Survivor, which was a hidden mode in the original game, is coming back for the remake as well. Katsutoshi Karatsuma, the enemy programmer in the original who voiced To-Fu in the original, gave us quite unique voiceovers with lines such as “Nani sun-nen” and “Yamero ya” in his Kansai accent. We heard he’s voicing To-Fu again this time around. Can you tell us who is voicing him?

Kadoi: As in the original, Karatsuma is voicing To-Fu in the remake.

Anpo: Even though he’s an OB, we asked him to do it. We told him to come here so we could do the recording. *laughs*

In the above, “OB” is a Japanese term that stands for “Old Boy.” It refers to people who have graduated or resigned from a school, company or organization.

If you’re unfamiliar with Tofu, he’s literally that — a piece of Tofu (and you can check him out in action below, voice and all). Armed only with a knife, Tofu’s scenario could be unlocked through completing six RE2 scenarios. Another unlockable scenario featured Hunk, an Umbrella operative. Both characters return for the Resident Evil 2 remake.

The original voice of Tofu was used in both Japanese and western versions of Resident Evil 2; it’s likely the same will be true for the remake. We’re checking with Capcom now for confirmation. (Update: A Capcom rep has confirmed with Stevivor that we’ll get the same voice in the west.)

Resident Evil 2 heads to Windows PC, Xbox One and PS4 on 25 January 2019. We’ve recently previewed the game here and have extended gameplay for you to watch right here.

Alex Aniel is the author of the upcoming 'Itchy, Tasty: An Unofficial History of Resident Evil', due in 2021. He also acts as Business Development Manager at Brave Wave Productions, an award-winning video game soundtrack record label.