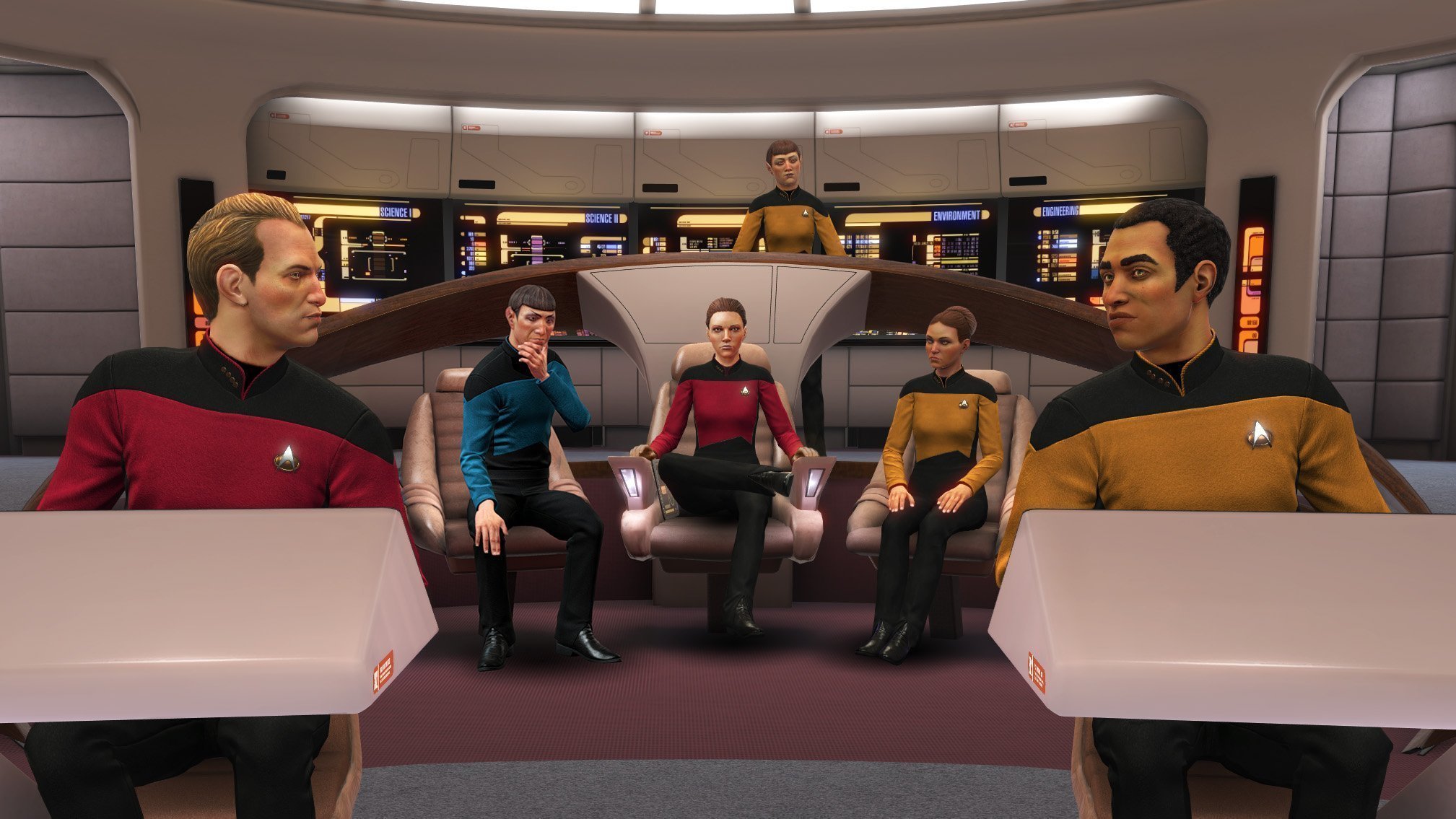 Make it so, PC players.

Star Trek Bridge Crew‘s The Next Generation DLC is now available on PC after a previous release on PS4.

Available with or without VR via HTC Vive, Oculus Rift and Windows Mixed Reality devices, the expansion will let players man the bridge of the U.S.S. Enterprise-D.

The content also adds a new station on the bridge alongside new enemies the Romulans and Borg. Finally, officers can look forward to new patrols and updated player avatars.

It’s a good time to be a Star Trek fan — a Deep Space Nine-centric expansion was just released inside Star Trek Online.