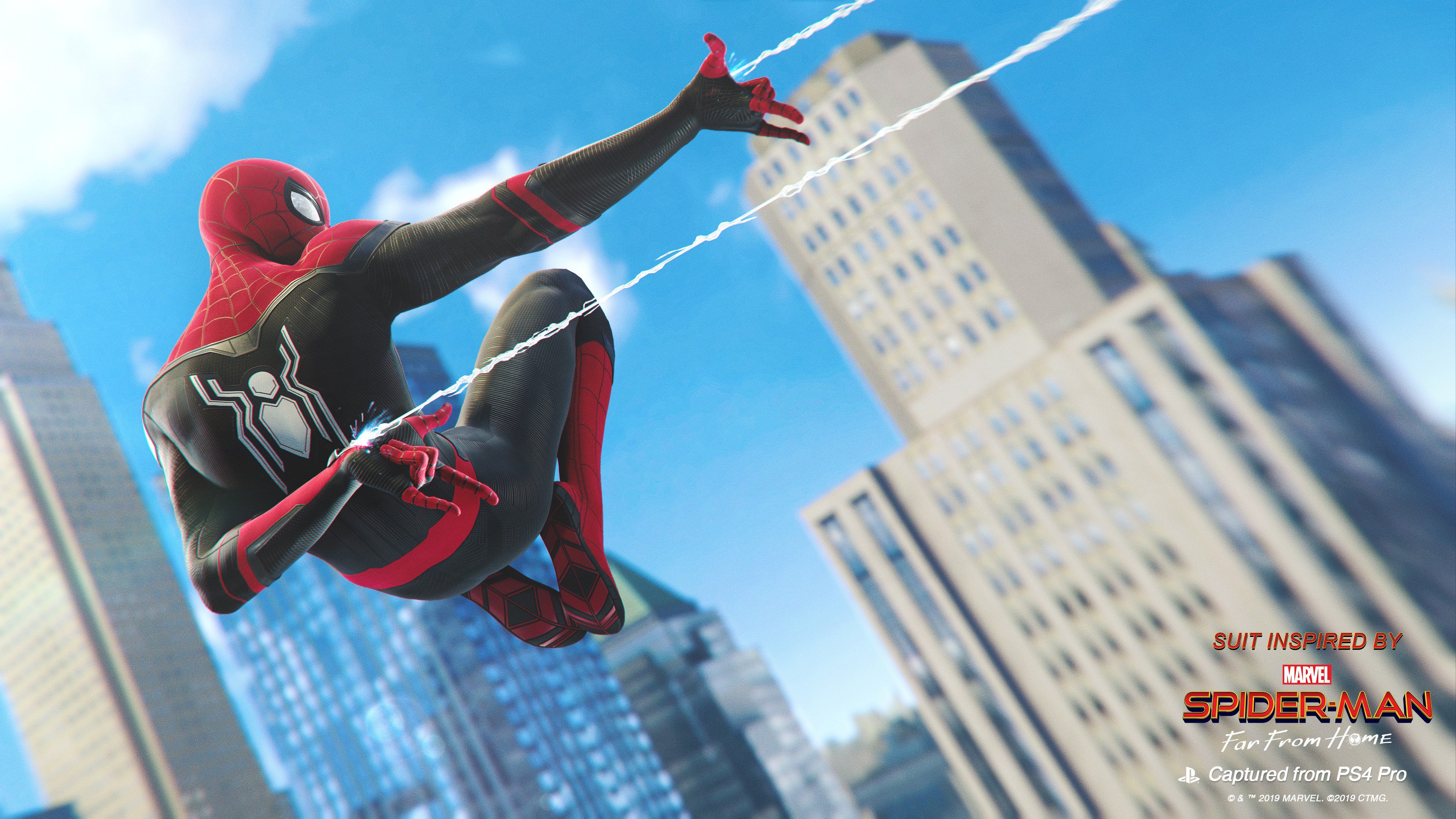 Spider-Man will get two new suits inspired by the Spider-Man Far From Home feature film, Insomniac Games has today confirmed.

Insomniac’s confirmation came after a leak by the Japanese PlayStation Twitter account, where images of both suits were posted. The suits in question are Spidey’s regular suit alongside a stealth suit; you can see both suits above and below.

Both suits are available right now, for free, for anyone who owns Spider-Man on PS4. Pretty sweet deal, eh? The film-inspired suits join others that are already in-game; the Sam Raimi Spider-Man suit was added back in December 2018.

Spider-Man: Far From Home is in theatres now and continues on from Avengers: Endgame. Spider-Man is exclusive to PS4.