And we know this because Microsoft wants to acquire Activision Blizzard.

Microsoft’s intended acquisition of Activision Blizzard is the gift that keeps on giving; as part of an investigation into the deal, Sony has revealed it doesn’t plan to release the PS6 until at least 2027.

The revelation comes as part of a document prepared by Sony used in an investigation by the UK’s CMA.

“Microsoft said that it plans to offer Call of Duty on PlayStation only ‘as long as that makes sense.’,” reads the document. “A period until 2027 – or some other (possibly shorter) time that Microsoft unilaterally determines ‘makes sense’ to Microsoft – is badly inadequate. By the time SIE launched the next generation of its PlayStation console (which is likely to occur around [redacted], it would have lost access to Call of Duty and other Activision titles, making it extremely vulnerable to consumer switching and subsequent degradation in its competitiveness.”

While the date that Sony actually intends to release its next-gen console has been redacted from the quote above, it’s clear it won’t be until that “period” mentioned, or possibly later.

Earlier today, we reported that a document lodged by Microsoft admitted its Xbox first-party exclusives are of a lesser quality compared to Sony’s first-party offerings.

Sony’s PS4 launched in 2013 — seven years before the release of the PS5 — though both consoles are still supported today. 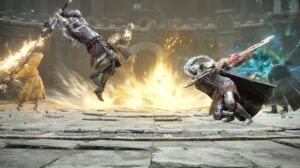 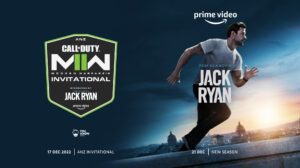