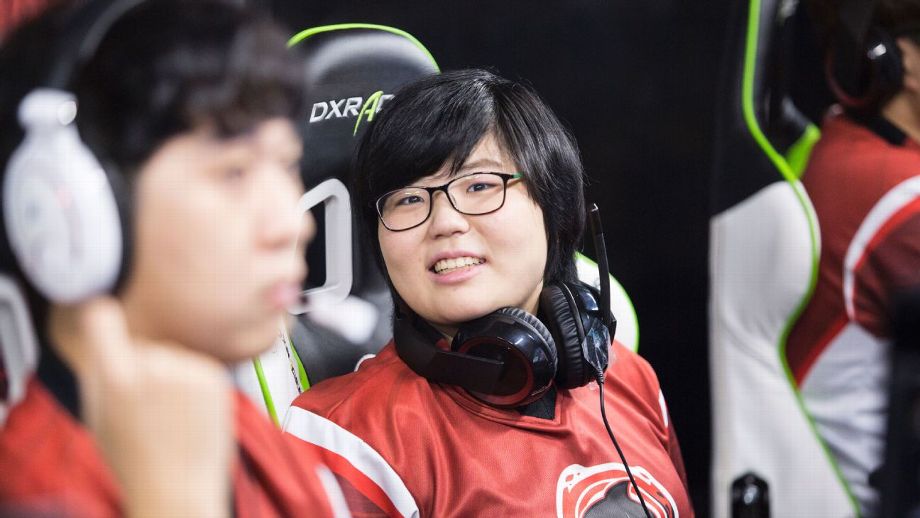 The Dragons diversify in an attempt to fix a 0-8 record.

Kim ‘Geguri’ Se-yeon will become the first female player in the Overwatch League when she joins the Shanghai Dragons, ESPN reports.

Geguri (above) is an off-tank player and is said to be joining ‘Fearless’ Eui-Seok, Cheon ‘Ado’ Ki-hyun, and an unnamed Chinese player on the Dragons’ roster. The roster change looks to combat the Dragons’ lacklustre first season, sitting last in standings without a victory — and a 4-33 map record — at the time of writing.

The Overwatch League is relatively diverse as it is, with a gay player in the Houston Outlaws’ Austin ‘Muma’ Wilmot and an Australian in the Dallas Fuel’s Scott ‘Custa Kennedy  — but this is big news. Not only would Se-yeon be the league’s first player, but one of a handful of women playing at the highest level of professional Esports.

ESPN says an official announcement from the Dragons will follow in the next few weeks.

The first-ever Stage Finals of the Overwatch League begin this weekend, 11 February AEDT. The top three teams at the end of regular season play will duke it out for a share of a $125,000 USD bonus. You’ll be able to watch all the action over on Twitch.