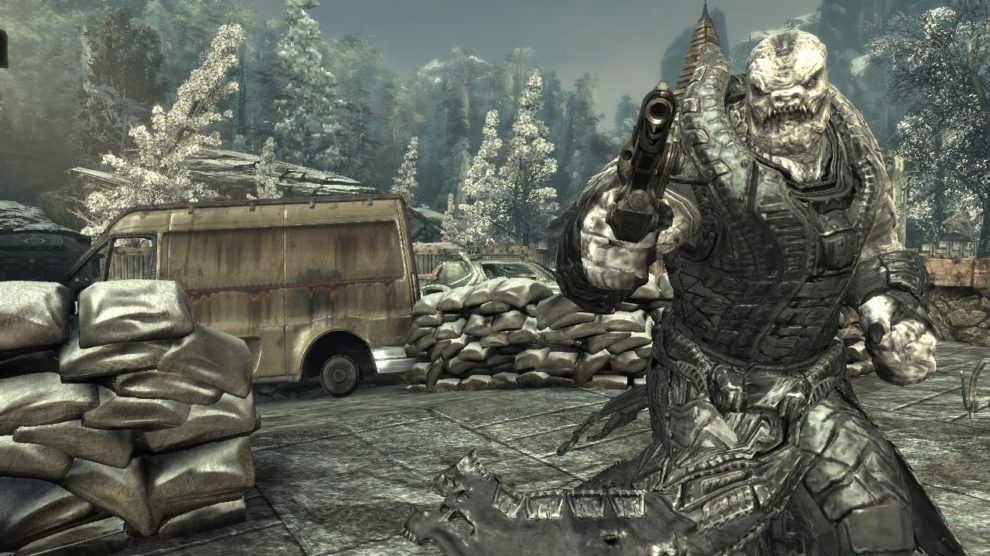 Ready for some Gears nostalgia? Epic has recently announced Gears of War 3‘s second DLC pack, titled “RAAM’s Shadow.” The content, set before the events of the original Gears of War, finds Zeta Squad attempting to evacuate Illima City in the aftermath of Emergence Day. Players will step into the heavily muscled bodies of Michael Barrick (from DC’s Gears of War comics), new character Alicia Valera, Gears of War 2′s Tai Kaliso, and Lt. Kim from the original Gears.

Priced at $15/1200 MSP, or free for those with the “Season Pass”, six more multiplayer characters and a chocolate weapon set are also included with the download. Achievements are also part and parcel, totalling 250 Gamerscore. Epic reports that “in addition to fighting as a new squad of Gears, players will step into the boots of RAAM himself, and for the first time storm the human stronghold from the perspective of one of the series’ most legendary bosses.”

To be released on 13 December, “RAAM’s Shadow” follows hot on the heels of Gears’ first pack, titled “Horde Command,” out 1 November.