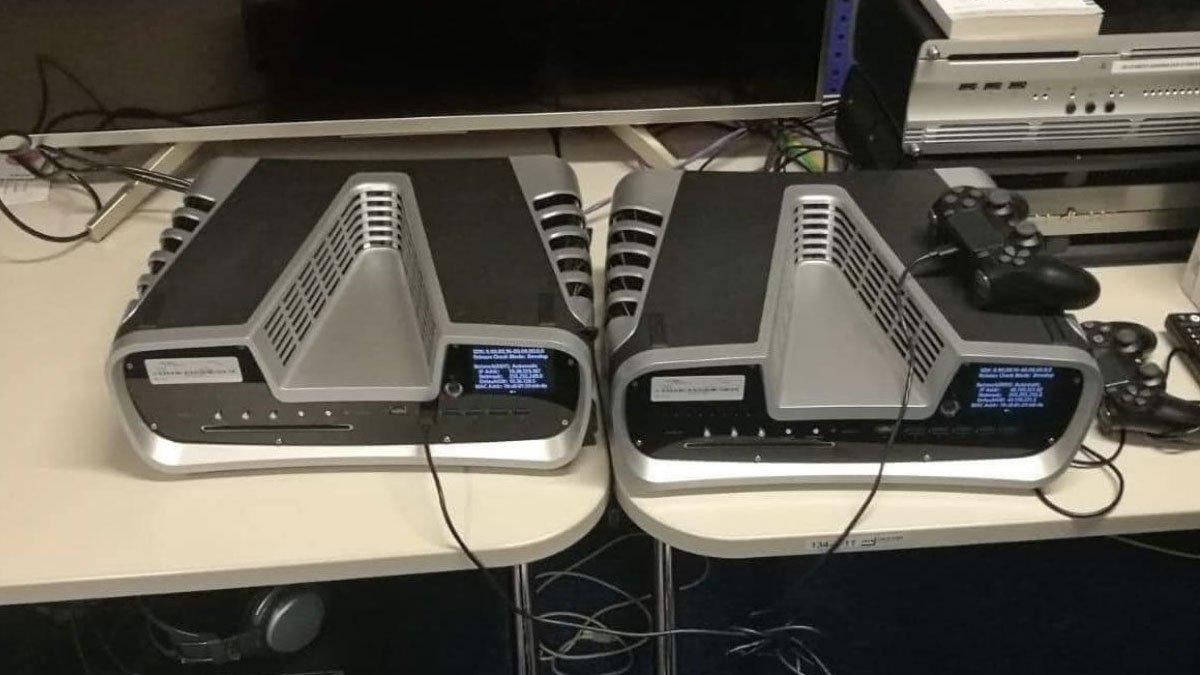 Today’s photo comes from Twitter user Alcoholikaust, who’s taken a photo of two dev kits alongside a look at the DualShock 5 controller (or whatever the PS5’s controller will be called). You can take a look above.

The Verge’s Tom Warren has confirmed units are indeed dev kits. Warren also detailed why he believes the dev kits have such an unusual V-shape.

“[Yes], this is the PlayStation 5 devkit,” Warren wrote. “The reason it’s large and v-shaped is to make them more easily stackable for devs who are running multiple stress tests. The cooling is optimized to push air out of the sides and center.”

Do you secretly hope the retail PS5 will retain the same shape as its dev kit?

We’ll have more on the PS5 as it comes to light.