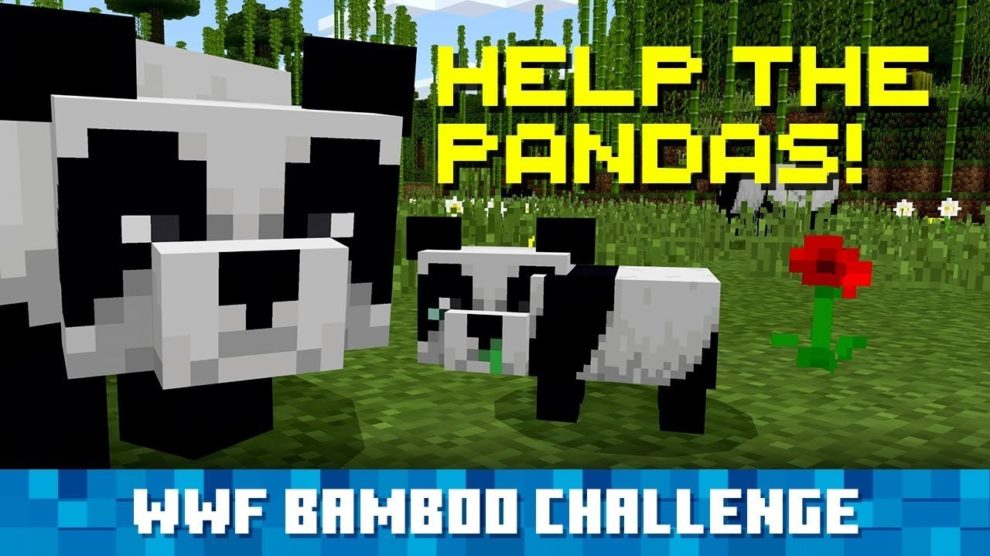 Pandas are now inside Minecraft on Xbox One, Nintendo Switch, Windows 10 Edition, VR, iOS and Android and to celebrate, Microsoft is looking to donate $100,000 USD to the WWF to support work around the world.

The WWF, known as the World Wildlife Fund in the USA and the World Wide Fund for Nature here in Australia, will receive a $100,000 USD donation from Microsoft as soon as Minecraft‘s players collectively place 10 million bamboo blocks in-game.

“WWF is known for their amazing conservation efforts all over the world,” Microsoft said on the Minecraft website. “Their work with pandas includes researching and monitoring their habitats… creating bamboo corridors that help pandas travel to protected areas where they can feed and mate freely, as well as working with communities to help engage them in panda conservation.”

This charity initiative mirrors one last year in which $100,000 USD was donated to The Nature Conservancy after players placed 10 million coral blocks in-game.

Minecraft is available on Xbox One, Nintendo Switch, Windows 10 Edition, VR, iOS and Android and other systems, though this charity initiative is only available through the systems listed above.