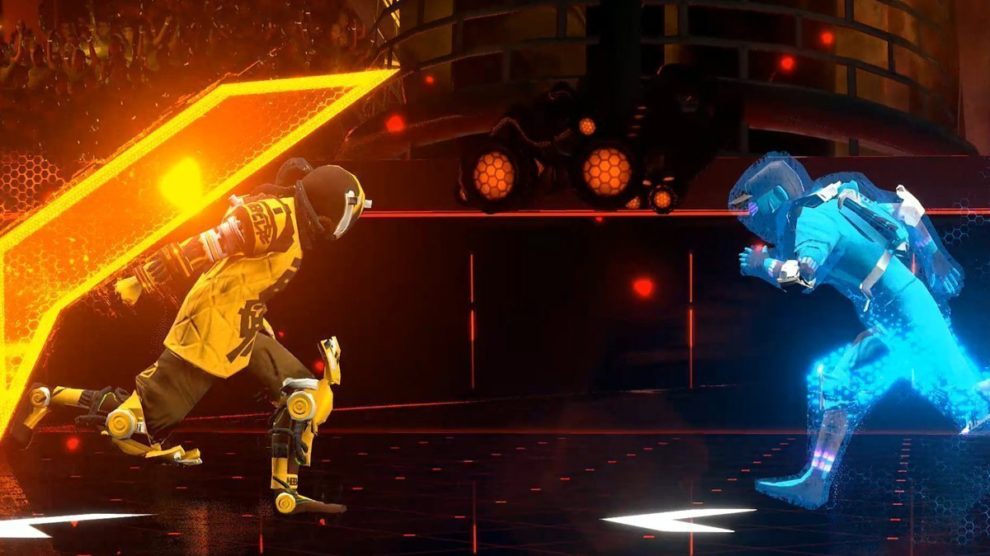 Laser League support has been handballed to 505 Games by developer Roll7, it was recently confirmed.

“As of today, Roll7 are no longer continuing development support on Laser League. All future development and support is being managed by 505 Games,” Roll7 wrote in via blog post.

“After OlliOlli2 and Not A Hero, we set out to create something far more ambitious than we had ever done before. From it’s humble beginnings as Ultra Neon Tactics, Laser League grew into something we are incredibly proud of and something that our players have found immense enjoyment in over the past seven months and beyond. It’s been amazing to see people getting into the game and getting really good with it,” Roll7 continued.

“As for us at Roll7, we’re taking a break. Making a game at the scale of Laser League is super hard and very stressful. It’s by no means the last thing we’re going to make, but for a moment we’re taking some time to reflect and re-energise.”

505 Games also issued a statement thanking Roll7 for its working and discussing next steps for Laser League.

“Roll7 have completed some of the last remaining features which we believe will really help Laser League’s meta game and there is always the potential in the future of extra content (stadia, etc), but we believe that the big ticket item which will keep Laser League a viable game going forward is CROSS PLAY,” Community Manager Antonela Pounder wrote. “We are actively looking into how quickly and efficiently we can bring this into the game.”

Laser League is currently available on Windows PC, Xbox One (and via Xbox Game Pass) and PS4. We reviewed it here.