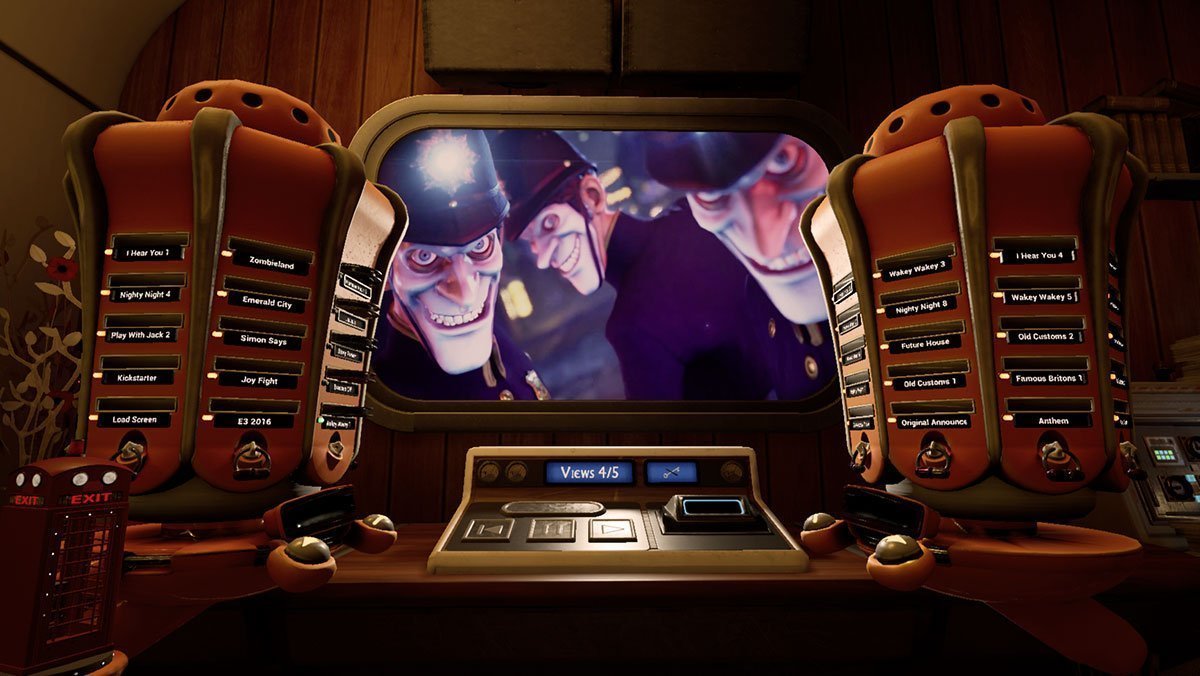 Fancy a side-story before the main game?

Compulsion Games might have been bought out by Microsoft Studios, but that’s not stopping them from leaving the multiplatform business with a bang — the developer has today released a special We Happy Few VR bonus game on PlayStation VR.

Called Uncle Jack Live VR, the free bonus game has been released ahead of We Happy Few itself later this week. You can head to the PlayStation Store here to download it.

In the experience, players will be working with Uncle Jack, a broadcaster in Wellington Wells. The players will choose to help or hinder Uncle Jack, either playing it by the book or slipping in (dare we say it) fake news to mess things up.

Uncle Jack Live VR includes an Archive Mode that will let players watch We Happy Few‘s trailers, play songs from its soundtrack and get to know more about the character of Uncle Jack himself.

Uncle Jack Live VR is available now on PlayStation VR, while We Happy Few heads to Windows PC, Xbox One and PS4 on 10 August.