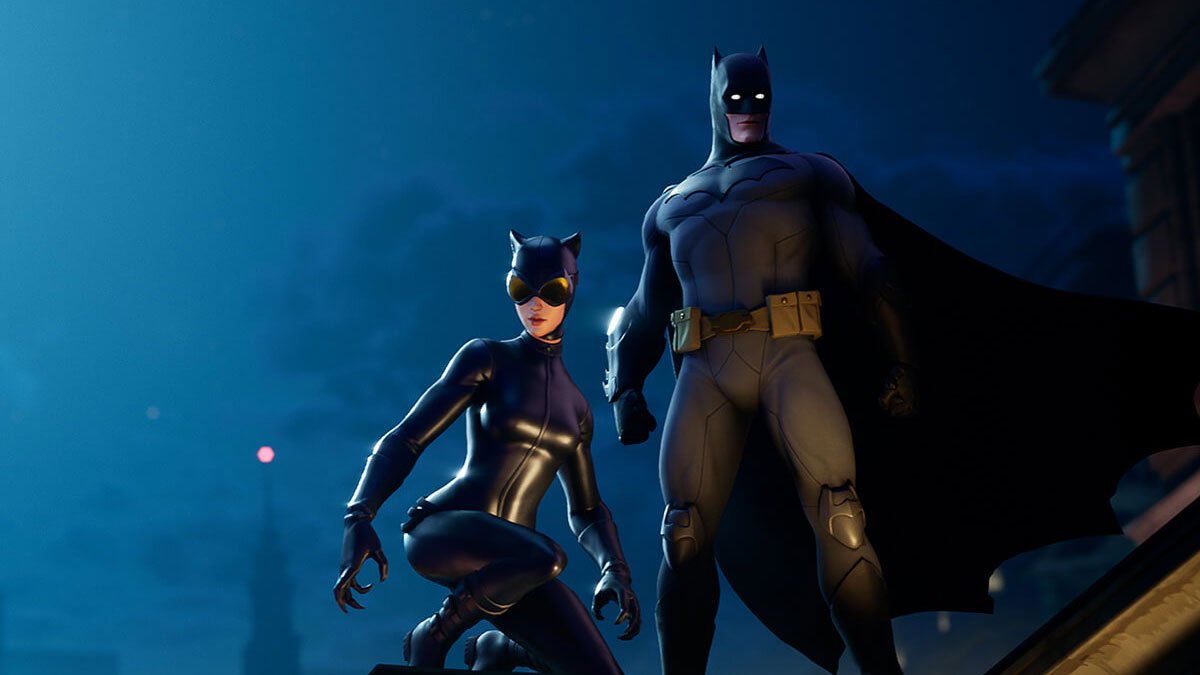 Two Bat costumes and one for Catwoman.

The Fornite Batman crossover is now official — and live — offering players the chance to glide around Gotham City (formerly Tilted Town) in Batman and Catwoman costumes. Funnily enough, everything rumoured last week has come to be.

The event will also offer a range of challenges from now until 1 October. You can take a look at patch notes alongside imagery — including both Batman costumes and the single Catwoman costume — and a trailer for the special mode, all below.