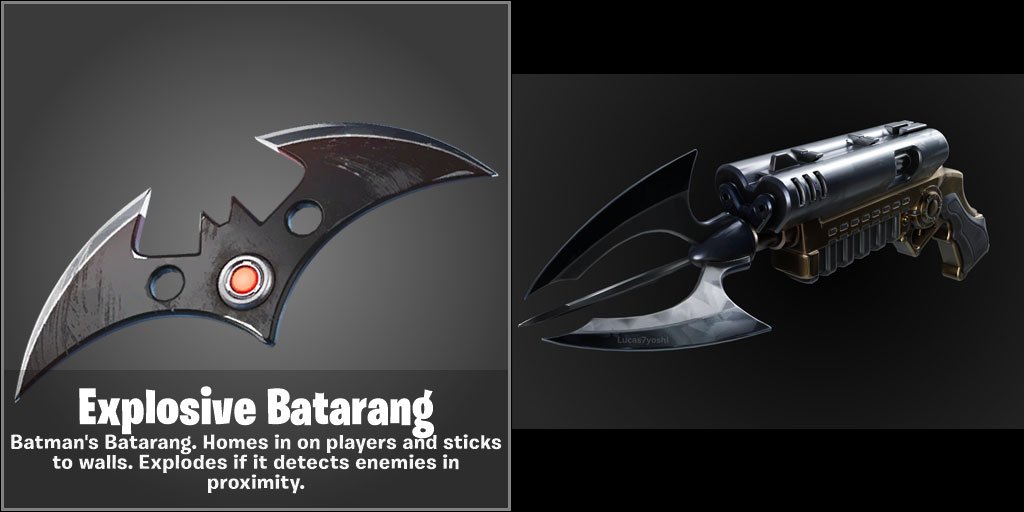 An in-game celebration has been planned for Batman's 80th anniversary.

A Fornite Batman crossover is planned for Batman Day, 21 September, a new datamine has revealed.

The news comes by way of Lucas7yoshi, who’s also provided images of what to expect from the event above. As you can see, the event will offer up two Bat-weapons in the form of the Explosive Batarang and the Batman Grapple Gun. Moreover, Batman-themed skins will be on offer, perfect for the Caped Crusader-loving battle royale fan.

Tilted Town will be transformed into Gotham City for the event, with a number of challenges set up for players to complete, as follows:

It’s unclear how long the event will run for, but it’s likely to commence on 21 Septemer, Batman Day — and better yet, a celebration of the character’s 80th anniversary.