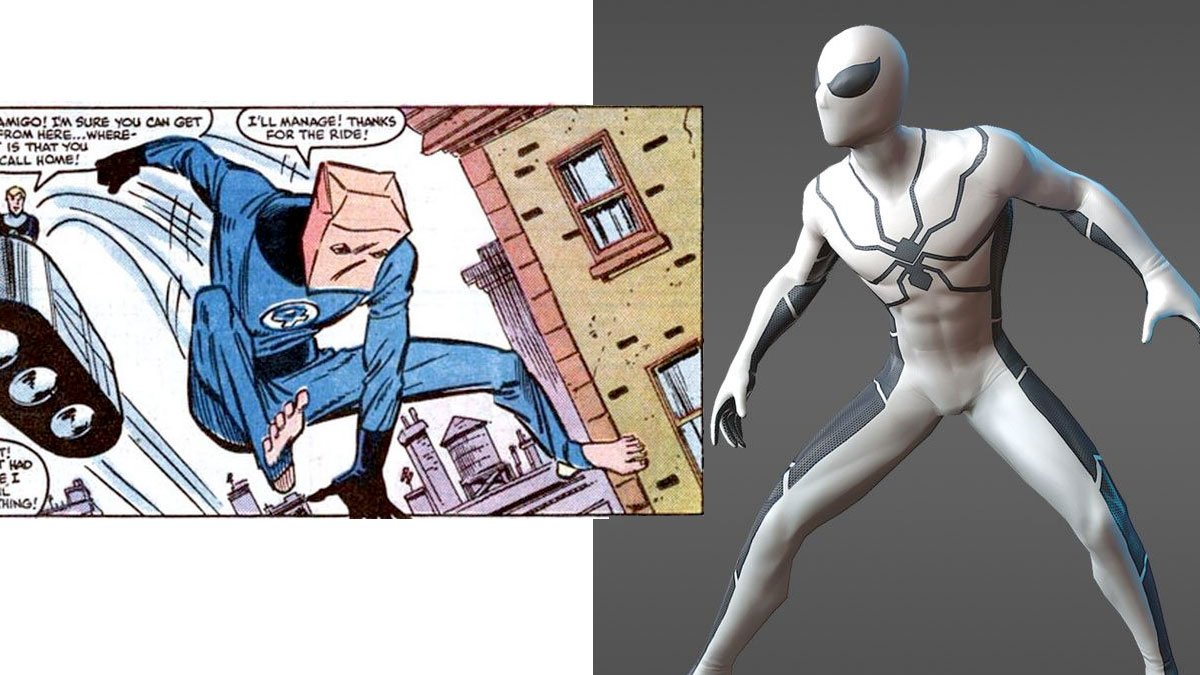 A new costume or something more?

“And for our final [Fantastic Four Week] livestream announcement… something “fantastic” is coming to Marvel’s Spider-Man,” Marvel Games tweeted. “Any guesses?”

Yes, we have guesses.

Fans are already hoping that we’ll see one of two new in-game costumes (or better yet, both) that are related to the Fantastic Four. First, Spidey’s ‘Amazing Bag Man’ costume, a hastily cobbled together get-up made by Johnny Storm (the Human Torch) when Spidey was in need. The costume’s pretty simple — an old Fantastic Four outfit with a paper bag mask. Second, fans are hoping for Spidey’s Future Foundation costume, one also given to him by the Fantastic Four’s Johnny Storm.

Both costumes are above — we’re sure you can figure out which is which.

We don’t know for sure, but we’ll keep you posted as we learn more.

Spider-Man is currently available on PS4.