Stevivor
Home News Dave Bautista will be playable in Gears 5 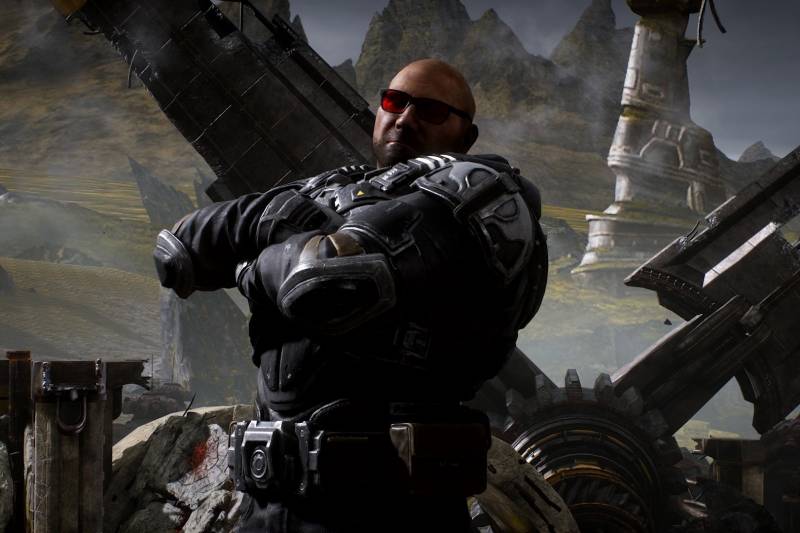 Dave Bautista will be playable in Gears 5

First this, then Marcus Fenix in a movie?

Update: Microsoft has detailed how to unlock Bautista when he comes available on 13 September.

“To unlock Batista, simply play any version of Gears 5 (including with your Xbox Game Pass membership) beginning September 15. The promotion ends October 28,” Microsoft has advised.

Original story: Dave Bautista will be playable in Gears 5, it was today confirmed.

Bautista, a WWE star known for his portrayal of Drax in Guardians of the Galaxy, took to Twitter with the announcement. Bautista appeared in a video, clad in COG armour, saying, “it’s about f*cking time” as he put on a pair of sunglasses. You can check it out below.

It’s about damn time. Play as me in #Gears5 starting Sept 15 after @WWE Clash of Champions. @XBox @GearsofWar #DreamChaser pic.twitter.com/bCU4ZIjdw1

Like Halo: Reach‘s Kat and Emile alongside Terminator: Dark Fate‘s Sarah Connor, Bautista will be playable in multiplayer. You can expect to play as Bautista from 13 September.

“It’s been a long time coming, but I couldn’t be happier that we’re finally making Dave’s dream to be in Gears of War a reality in Gears 5,” The Coalition studio head, Rod Fergusson, told The Bleacher Report.

“The iconic, larger-than-life persona of Batista fits perfectly in the Gears of War Universe, and the entire team at The Coalition can’t wait to see him take on the Swarm and all other challengers in multiplayer. Dave and the WWE have been a pleasure to work with, and I’m hopeful this is just the beginning of our partnership.”

Bautista has been vocal about his desire to play protagonist Marcus Fenix in a Gears of War feature film. Would you like to see him play that role?

Gears 5 heads to Windows PC and PC from 6 September as part of the Xbox Game Pass subscription program.