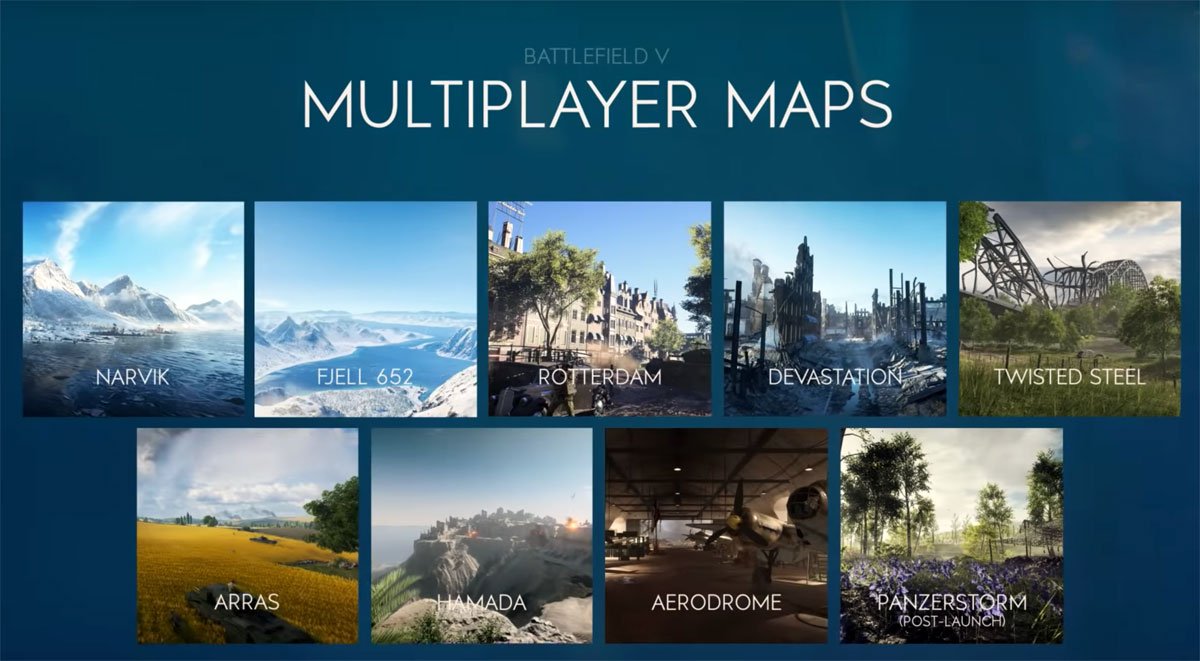 The eight day one maps, plus first post-launch addition.

DICE walks us through the eight launch maps of Battlefield 5 in a new trailer that details each of the environments.

We also see the ninth and first DLC map, Panzerstorm, which is coming in Tides of War: Chapter 1. As Battlefield 5 won’t have a premium pass, all post-launch maps will be free, but it will still have microtransactions.

The launch maps are:

Battlefield 5 heads to Windows PC, Xbox One and PS4 on 20 November 2018. The Deluxe Edition allows you to play five days early from 15 November. EA Access and Origin Access subscribers can trial Battlefield 5 even earlier, from 9 November