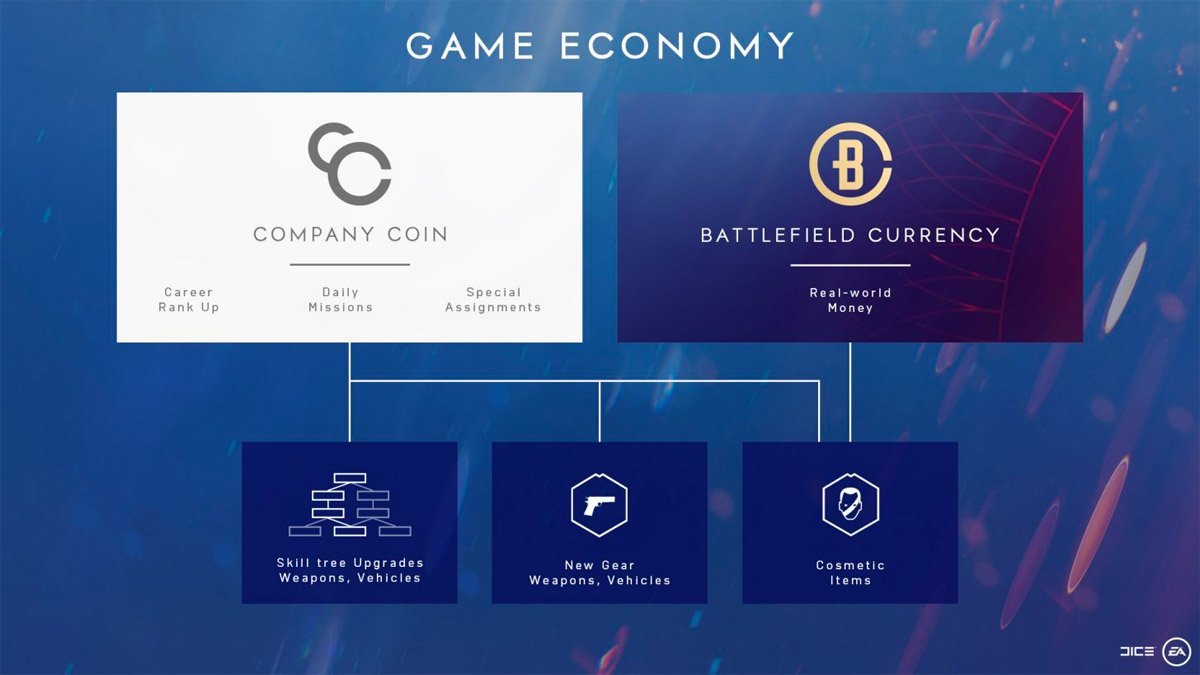 The currency and progression system explained.

Battlefield 5 has retired the expensive Premium Pass that divided the Battlefield 1 community, and won’t have loot boxes like Battlefront, but it will still have two currencies. The optional Battlefield Currency, bought using real money, can only be spent on cosmetic items and won’t be available at launch.

“Balanced rock-paper-scissors gameplay has always been the foundation of the Battlefield series, and our belief is that real-world money should not enable pay-to-win or pay-for-power.”

The main currency, Company Coin, is earned from Career progression, daily missions, and special assignments. It cannot be bought with your bank account and is used to unlock choices within weapon and vehicle specialisations, as well as the cosmetic items that can be bought with cash sometime after launch.

Battlefield 5 heads to Windows PC, Xbox One and PS4 on 20 November 2018. If you’re willing to pay an extra $20 on top of RRP ($119.95) for the Deluxe Edition, you can play five days early from 15 November. EA Access and Origin Access subscribers can trial Battlefield 5 even earlier, from 9 November.