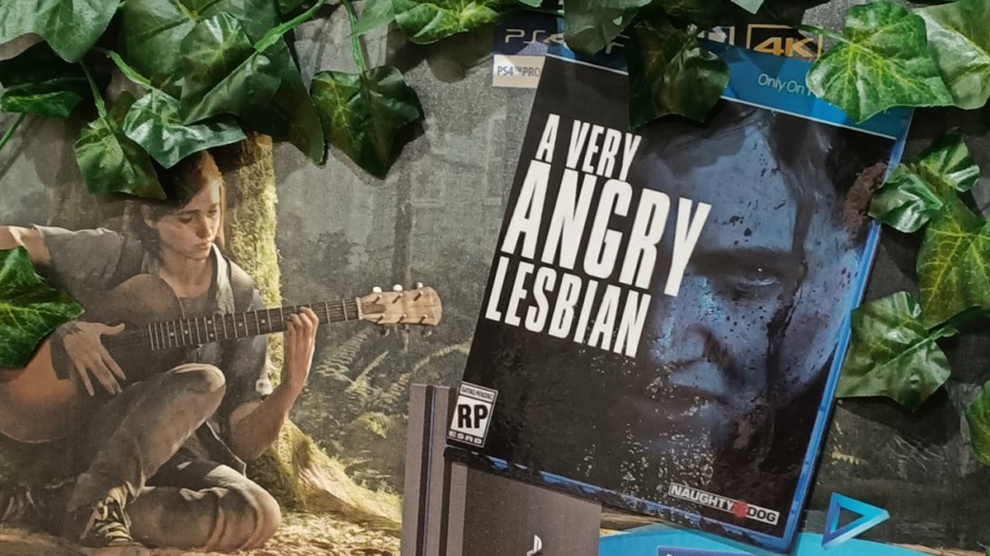 Update: While we’ve been unsuccessful in getting a comment from JB Hi-Fi, the McArthur Central store itself has confirmed with Kotaku Australia that the display has been dismantled and removed.

We’ll continue to push for a proper response from the retailer.

Original story: A JB Hi-Fi display in Brisbane has been snapped sporting a mock cover that calls The Last of Us Part 2 “A Very Angry Lesbian” instead.

Twitter user Steenium has taken a picture of the display, found inside the McArthur Central store in Brisbane’s CBD. The mock up has been positioned amongst fake shrubbery and pre-order cases, as you can see below.

“[For what it’s worth] I don’t think this is that bad,” Steenium continued. “I’ve seen this float around as a meme before and…it’s not wrong. It’s just reductive and shouldn’t be used as part of visual merchandising.”

Other Twitter users questioned whether this was part of JB’s original display or if a consumer has somehow slipped it into the display without staff noticing. We’ve asked JB Hi-Fi for comment.

The Last of Us Part 2 is a PS4 exclusive due 19 June. In our review, we criticised developer Naughty Dog for using queers as emotional pawns.

TagsNaughty Dog PS4 Sony The Last of Us: Part 2
FacebookTwitterLinkedInRedditEmail