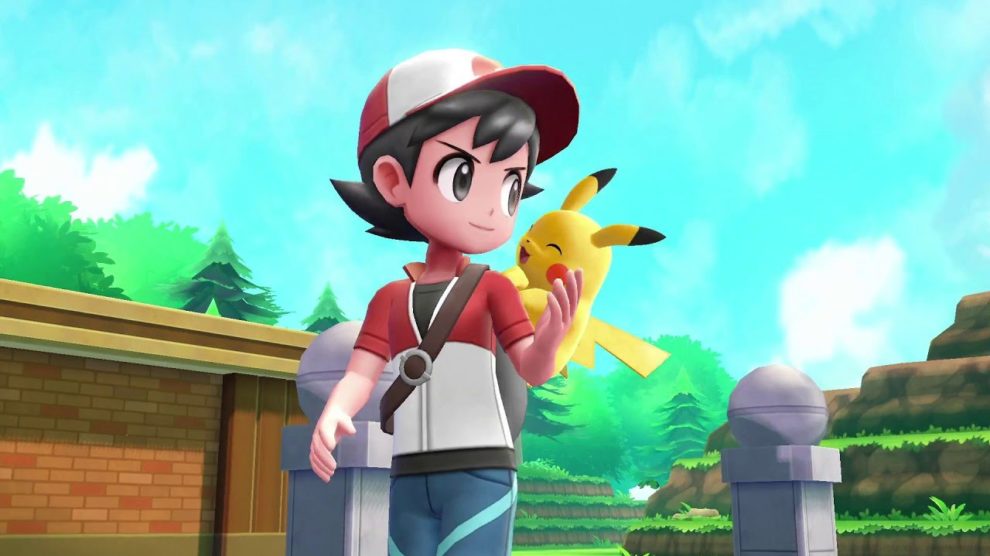 There are a number of free Pokemon that are available to grab inside Pokemon Let’s Go on Nintendo Switch. We’ve detailed all the ways that you can pad out your Pokedex below.

We say ‘free’ because most Pokemon below have a cost. Usually, that cost is capturing other Pokemon; in any case, we’ve detailed what you’ll need to do below.

First, use the Chop Down ST to get to the back room of the Pewter City Museum and speak to a man there to get the Old Amber item. Take that to Cinnabar Island to get your special prize.

Look for a trainer in karate gear standing next to the Pokemon Fan Club in Vermillion City. If you’ve caught 5 Meowth, he’ll give you Arcanine for free.

Once you’ve caught 30 Pokemon (and your duplicates count) go to Cerulean City and find a woman in a house.

She’ll give you a level 12 Bulbasaur, complete with Scratch, Growl, Vine Whip and Leech Seed.

Leave Cerulean City and head north towards Route 24. After a bridge, you’ll see a boy in a blue t-shirt up on a hill. Speak with him and and you’ll be gifted his level 14 Charmander (with Scratch, Growl, Smokescreen and Ember).

Either Pokemon — it’s your choice — is offered as a singular reward for beating the Fighting Dojo inside Saffron City. Use Flying- or Psychic-types to help defeat the gym’s five members.

After beating Team Rocket in the Silph Co. building inside Saffron City, go to the building’s 7th floor and look for a man on a couch. He’ll give you the Pokemon as a reward.

You’ll need $500 for this one. Head to the Pokemon Centre in Route 4. A man there will sell you the Pokemon. No fuss, no muss.

This is a slow burn, folks. Near the start of the game, you’ll meet a Super Nerd trainer at Mt. Moon — you’ll be given the chance to choose the Dome Fossil (Kabuto) or Helix Fossil (Omanyte). Take your choice to Cinnabar Island to swap it out for your Pokemon.

Look for a trainer in karate gear standing next to the Pokemon Fan Club in Vermillion City. If you’ve caught 5 Growlithe, he’ll give you Persian for free.

Once you’ve beaten Team Rocket out of Silph Co. in Saffron City, head towards the Pokmeon Centre and look for a man standing to its left. He’ll give you the Pokemon as another reward.

Again, same idea as Bulbasaur or Charmander — they’re all starters, after all — capture 60 Pokemon and speak with Officer Jenny in Vermillion City (she’s to the right of the Pokemon Gym).

She’ll gift you a level 16 Squirtle that knows the moves Tackle, Tail Whip, Bubble, and Withdraw.