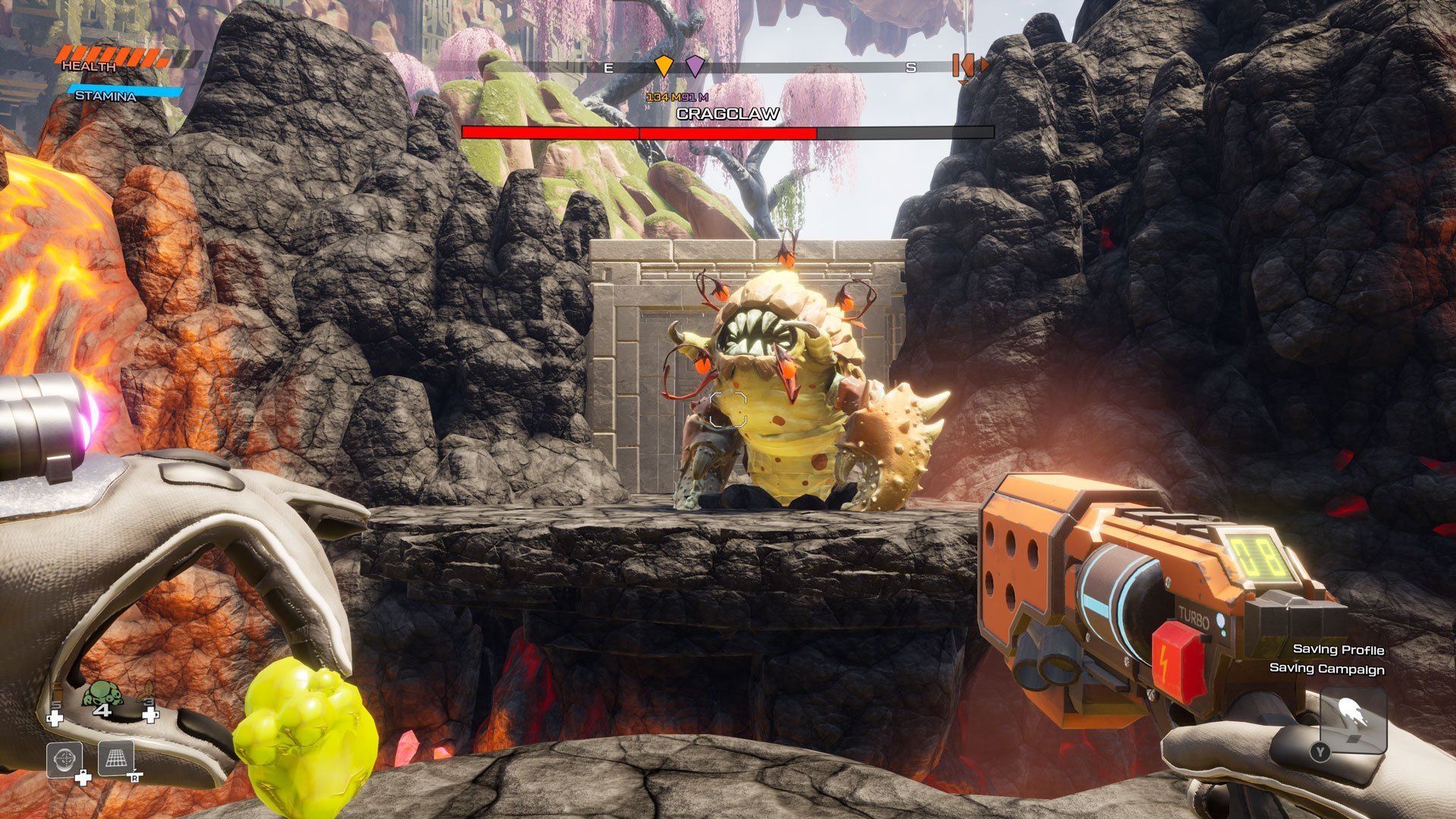 Here's how to beat the game's first boss.

Journey to the Savage Planet is out now, and this guide will help you beat its first boss, the Cragclaw.

(If you’re choosing to play with a friend, remember to get the A Little Help, Please Achievement or Trophy for reviving a co-op partner, and Don’t Cross the Streams for slapping your co-op partner. You’ll also get What Would You Two Maniacs Like to Do First? just for starting up a co-op game.)

When you arrive at the Cragclaw’s lair, you’ll notice there are several pillars between it and you. The key is to bounce between those pillars, avoiding attacks while shooting at the orange, glowing bulbs on the Cragclaw’s head. The Cragclaw will either have three or five bulbs/tentacles depending on your luck.

The Cragclaw will attack by throwing rings of fire at you, and you’re able to avoid them by jumping, ducking, or jumping and tethering to another pillar. After three ring of fire shots, it’ll throw a projectile at the pillar you’re on, so you’ll definitely need to move to another. Make use of the health plants that are dotted around the arena, but be careful not to fall into the lava or you’ll need to restart the encounter from scratch.

Keep those tips in mind and you’ll have no trouble beating the Cragclaw.