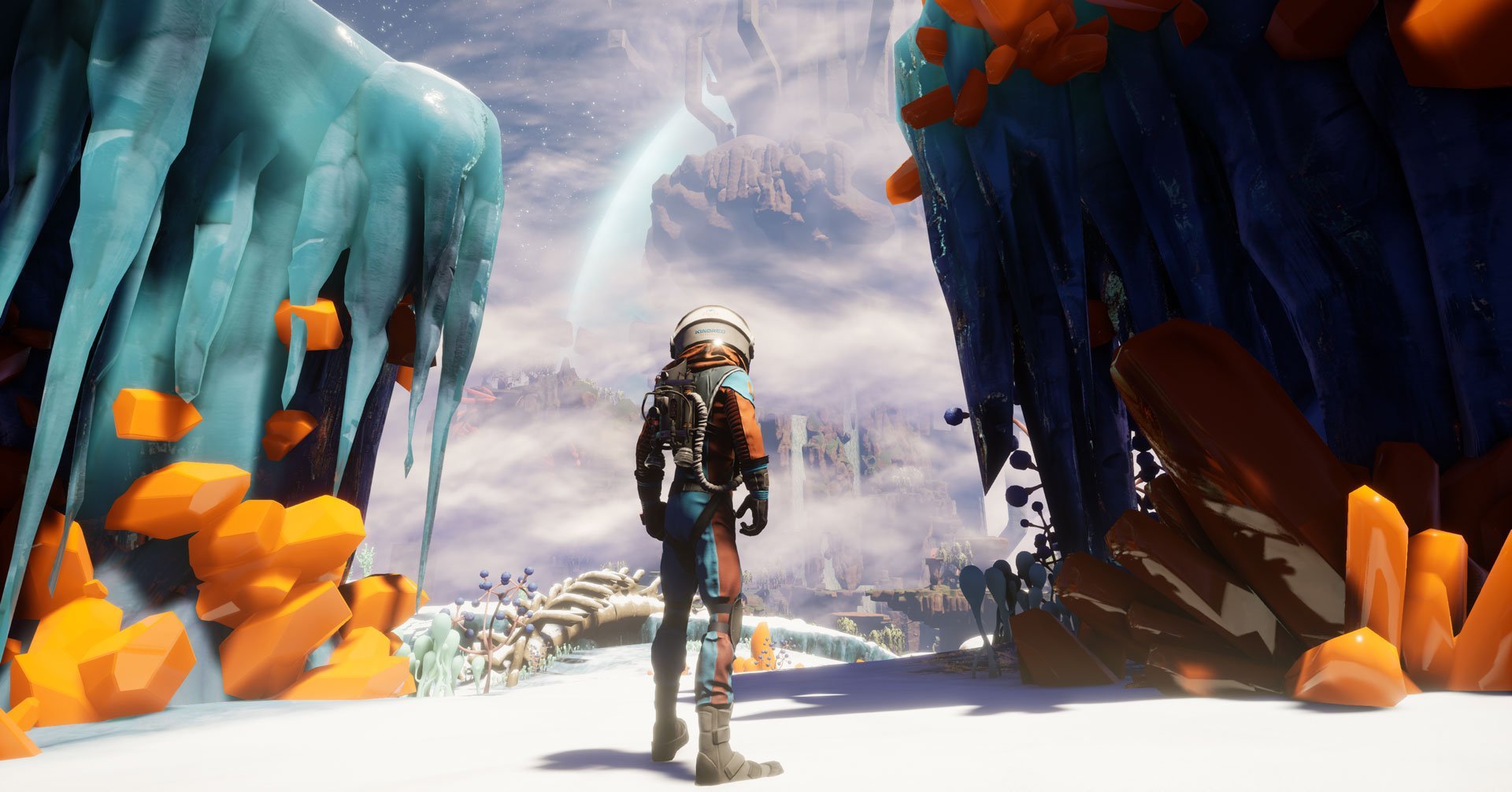 "We joke it's a game for people with jobs."

Ahead of the release of Journey to the Savage Planet next month, Stevivor sat down with Aussie expat Alex Hutchinson to discuss the game alongside the formation of Typhoon Studios itself.

Hutchinson, a graduate of The University of Melbourne, worked for Australian studio Torus Games before heading across the pond to work on EA Maxis titles The Sims and Spore alongside Ubisoft’s Assassin’s Creed 3 and Far Cry 4. Now based in Montreal, Quebec, Canada, Hutchinson has left triple-A publishers behind to form a development house of his own, Typhoon Studios. Journey to the Savage Planet is Typhoon’s first game, announced just last year at The Game Awards 2018.

“Throughout my career I’ve generally only thought one game in advance. We make a plan, we do our best to make it amazing with the tools and time and people we have, then toward the end you look up and you see what the next best opportunity you can put together is,” Hutchinson said, explaining his reasons for forming Typhoon and creating Savage Planet.

“After Assassin’s Creed 3 and then Far Cry 4, I was ready for something fresh and new and preferably a bit smaller,” he continued. “Plus, I wanted us to have full control of the idea from conception to execution. I wanted to make something with a bit more flavour than the big publishers will allow.”

That idea is Journey to the Savage Planet, a title that places you in the shoes of an adventurer for the fourth-best interstellar exploration company. We’ve seen a bunch of it, but sadly haven’t had the ability to play it yet; from what we’ve seen though, it looks like a cross between Far Cry 4 and with No Man’s Sky, though with far more colour and a far bigger sense of humour.

“That’s not a bad comparison,” Hutchinson agreed. “We have a lot of similar navigation abilities to a Far Cry game, and we have the exotic sci-fi feel and bright optimistic palette of No Man’s Sky but we’re very different to both in many ways.”

“There’s no algorithm controlling content in Savage Planet. It’s all hand-crafted, and it’s deeply finishable,” Hutchinson continued. “We joke it’s a game for people with jobs. It’s also more of an exploration game than Far Cry which still has a very heavy story throughline with all the open world elements positioned around it.”

Despite (or perhaps living up to) its name, Savage Planet is a tongue-in-cheek adventure title moreso than one about survival.

“It’s a satire, but it’s an earnest satire,” Hutchinson said. “It is an adventure game… I wanted something that embraced the player and made them feel joy. I remember all the games I got for Christmas on the Amiga and the SNES growing up and there’s a magic that the big productions have snuffed out a bit.

“Older games with smaller budgets took bigger risks it feels so I wanted people who played our game to have that feeling: to not be certain what’s going to happen, and to see a combination of ideas and mechanics that they hadn’t before. It’s also a throwback to old serials and pulp titles, where a person would be sent out into the unknown in search of great adventure, unaware of the perils in front of them. That’s the feeling we wanted to convey.”

Hutchinson continued to say that there was a greater emphasis on survival in early drafts, though that functionality was later cut “because it gave the game a restrictive punishing feel” that didn’t mesh with his vision of adventure and exploration.

“We try to drop you in the action as fast as possible and get out of your way, letting you wander about and turn over all the rocks,” Hutchinson continued. “Quests are mostly discovered by the player as they need a solution to an exploration problem, for example scanning a weird plant on the lips of various cliffs which might unlock the blueprint for the grapple.”

For those looking for a narrative, Hutchinson confirmed that “story is there for you to discover and dig into when you want, but we don’t beat you over the head with it,” adding that “the narrative has a few optional twists too if you can find them.”

Journey to the Savage Planet heads to Windows PC, Xbox One and PS4 on 28 January 2020.