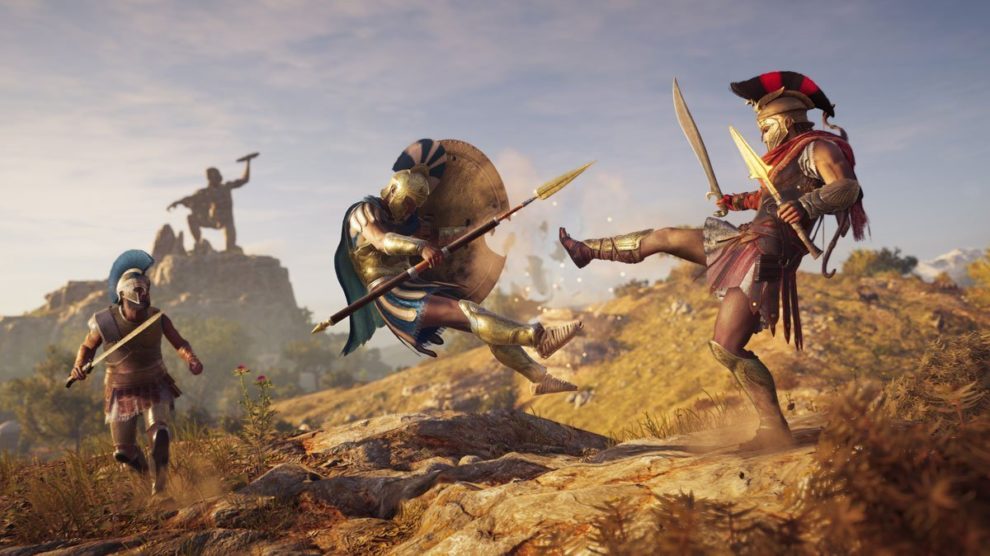 There are a lot of changes to the established gameplay structure in Assassin’s Creed Odyssey.

You are encouraged to disable navigation guidance, the protagonists are very chatty and there isn’t a clear enemy, as you find yourself in the middle of two factions — but there is no bigger change than the overhauled combat system that builds upon what Assassin’s Creed Origins started and takes it in a very different direction.

Here are some combat tips to get started — and don’t forget to checkout our general tips before you play!

Defense first — you don’t have a shield

The biggest change to the playbook from Origins to Odyssey is the lack of a shield for Kassandra or Alexios. Don’t expect to get one later on — it doesn’t happen — so you must adapt your play style accordingly, and that means preparing to be on the back foot. Defense is the best form of attack.

Learn to parry straight away

It’s not quite a giant exclamation mark, but Odyssey highlights an enemy’s weapon with a white circle just before he (or occasionally she) attacks.
Hitting both the left and right bumpers, on console, at the precise movement triggers a parry and briefly opens the enemy to attack, which is especially important against enemies with shields. That’s right — you don’t have one, but those pesky goons do.

Parrying is great, but dodging will keep you alive. After you’ve successfully parried, enemies have an annoying tendency to glow red and launch a follow up that cannot be parried.
Dodging is the obvious answer, and with perfect timing just before you are hit, it will slow down time temporarily to allow you to get some strong hits in. Remember: red = dodge and a white circle = parry. When it doubt, or if multiple enemies are attacking, go for the dodge. 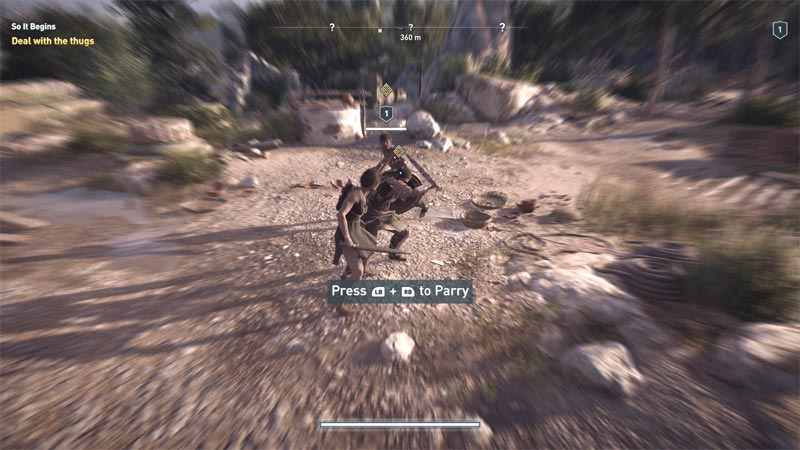 Origins had a helpful little quirk that allowed you to retreat while locked-on to an enemy and spam arrows into him until dead; it was super effective.

This tactic still works in Odyssey, but it’s been majorly toned down, and coupled with the ability system, arrows are now only really useful at range (as they probably should be).

Odyssey gives Kassadra or Alexios a selection of abilities split across three categories. Some of them work in the background to improve the character’s traits, while others are active abilities powered by the adrenaline bar.

Adrenaline is built by landing attacks and successfully dodging or parrying enemy attacks. Using these abilities successfully will also replenish a small amount of health whilst in combat — health regenerates automatically outside combat.

While each ability is explained, it’s not always clear which is an adrenaline ability. If you find you’re not using one, cash in the reset option, particularly early in the piece.

Unlocked Abilities can be reset at any time

The lack of shield inherently makes you more defensive, but the abilities system changes how you approach offensive play. It’s a little overwhelming at first, and Odyssey doesn’t do a great job of walking you through it, but don’t be afraid to spend valuable skill points — they can be reset at any time!

Early on I recommend unlocking: 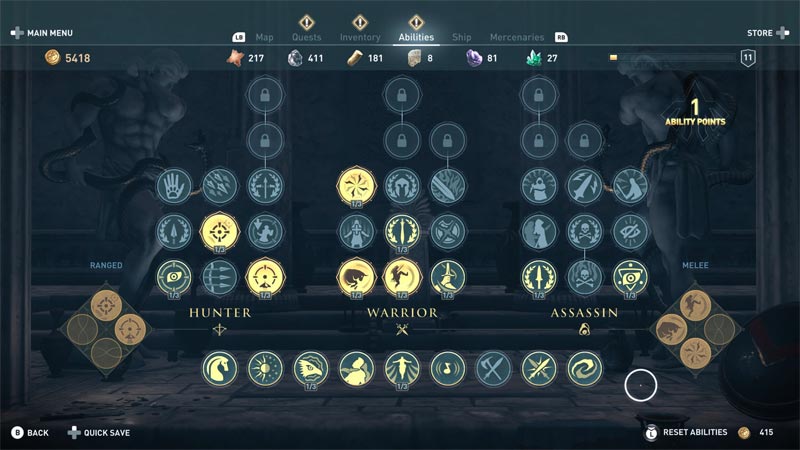 Abilities are locked behind player level, not each other

Unlike most skill trees, you don’t have to unlock one ability to have access to the next in line. They are locked behind the levelling system, but you can skip past unwanted options, and even entire rows of abilities, to get more interesting ones — as long as you are a high enough level.

Don’t forget that tombs are the key to unlocking new abilities faster — finding the ancient tablet hidden within will grant an additional ability point, and it’s certainly much faster than reaching the next player level.

Craft arrows in the inventory menu

There are arrows aplenty to loot inside enemy forts and compounds, but out in the wild they can be hard to come by — so make your own. All types of arrows can be crafted next to the bow on the inventory menu screen.

Tag enemies with Ikaros the Eagle

Playing with a more traditional overlay, Ikaros is still super useful in being able to tag enemies and important items, like loot and objectives. Always send him to scout the area first. 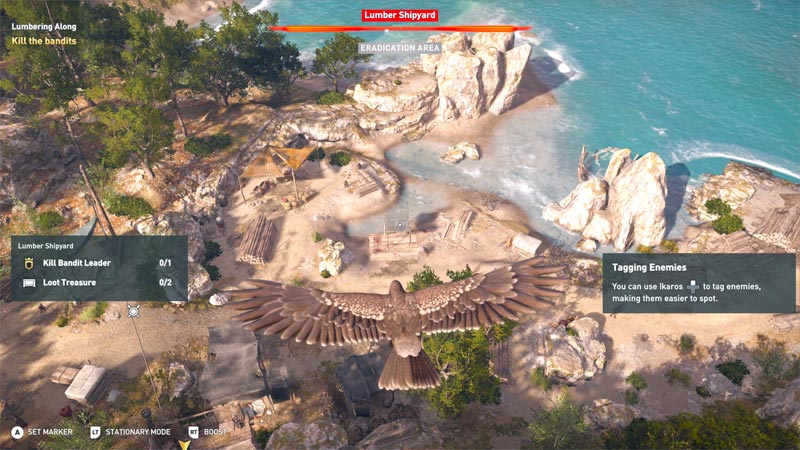 In previous Creed games, being spotted by one enemy meant things had to get messy. If you are spotted by one relatively isolated enemy, it’s possible to defeat him without alerting all of the others and having reinforcements called.

Watch where you wave that thing!

The Athens versus Sparta Peloponnesian War has two distinct factions — and both will leave you alone, work with you and try to kill you at different times. There are also bandits and civilians caught in the middle, some of whom are more violent than others.

As a mercenary for hire, Kassandra/Alexios is free to jump between sides, especially during side missions and optional tasks. Just be careful who you’re attacking.

Early in the game I fought off a group of Spartans hounding a shopkeeper, only to accidentally stab him (just a little bit, he was so dramatic about it).

He retaliated, and I had no choice but to fight back and kill the poor man, resulting in a failed mission. Watch who you’re attacking, as temporary allies aren’t protected from Kassandra/Alexios’ wild flailing.

Try different weapons — and actually do it

It was easy to become attached to the sword in Origins, as it was fast, powerful and worked in tandem with a shield.

With a free lefthand, don’t default to the same setup in Odyssey. Swords are still a well-rounded option, but experiment as you unlock different types of weapon of higher levels. Daggers are great if you prefer lots of light attacks, while spears allow a little more distance for less reliance on perfect dodges.

Do you have a combat tip we haven’t listed? Sound off in the comments area.