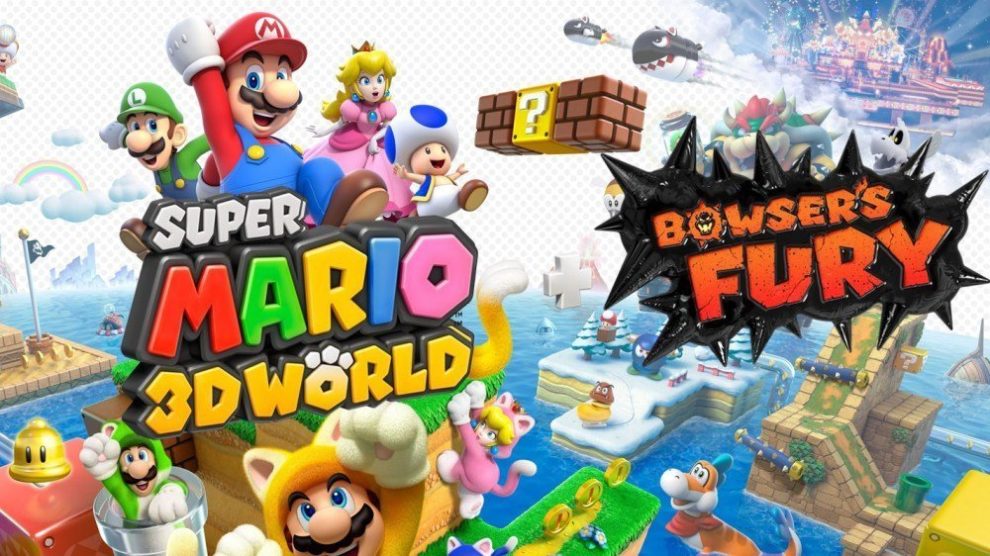 Super Mario 3D World is one of the last Wii U exclusives to see a revival on Switch. But unlike most of the Wii U’s greatest hits, it arrives with significant new content in the form of Bowser’s Fury. While we are hesitant to recommend Wii U owners double dip on most Switch reruns for a comparable experience, at full price, this one is different. The double package is worth the price of admission for Bowser’s Fury — so long as you have some interest in replaying 3D World. For the millions of newcomers, it’s even more attractive, with not one, but two genuinely great Mario games.

As we covered in our preview, Bowser’s Fury is nothing like its twin game. It’s experimental in nature, and its shorter length is likely why Nintendo didn’t risk the backlash of a standalone release. Ninty wouldn’t want to devalue an open world Mario game with a budget price, but we would have felt short changed for a 3-5 hour game. Bundling it with an off-the-shelve Mario game many Switch owners haven’t played is a no-brainer, as we conclude celebrations for the portly plumber’s 35th anniversary.

Super Mario 3D World and Bowser’s Fury are cut from the same cloth, no doubt, but are opposing renditions of what a 3D Mario game can be. For starters, despite “3D” anchoring the title, 3D World isn’t an open 3D Mario game. It exists somewhere between the side-scrolling of New Super Mario Bros and the Star/Shine/Moon collecting of the open level 3D Mario games. 3D World has Mario following a linear path to reach a flag at the end of each stage, but with more freedom to move than a side-scroller in a 3D space that’s relatively confined.

Bowser’s Fury is a proper open world game, of the ilk of Odyssey. It shares more in common with a Cappy-less version of Mario’s biggest Switch jaunt than his Wii U equivalent to which it has been tied. Rather than a series of open levels, Bowser’s Fury is the first Mario game to present a single open world. There’s no jumping into paintings or blasting into space here. It’s like a super-sized version of one level from Odyssey or Sunshine, but within that is a series of obstacle courses, or sub-levels, which each offer up to five Cat Shines to collect —  this game is obsessive about cats.

Initially some courses only offer one or two Shines to collect, but soon return and you’ll find more on offer. There’s no loading or focussing on a single Shine. Start the hunt for one, but stumble upon another, and seamlessly resume the chase for your original target. In total there are 100 Shines, half of which are required to trigger the final of several confrontations with the gigantic Fury Bowser, which isn’t far below the 120 Stars I recently returned to in Super Mario 64. However, they are considerably easier to collect. They’re designed to be snappy, so most are very obvious, and you’ll scarcely go a few minutes without collecting another one. While there is plenty of content here, it runs together at a much faster pace than other open world Mario games. 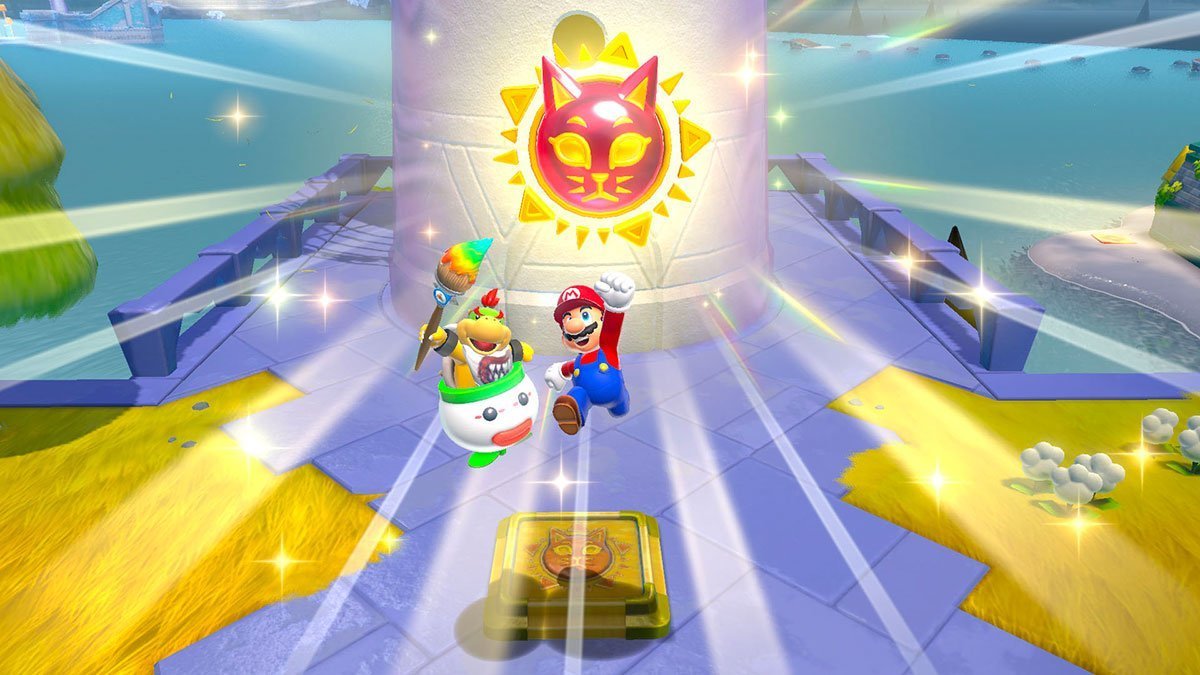 Every seven minutes or so, the tranquility is disturbed by the arrival of Fury Bowser. The oversized King Koopa rampages with flames and balls of fire to attack Mario until he runs out the clock or collects a Shine. When he has tallied enough Shines, Cat Mario is able to power-up into his Super Sonic cosplay (Giga Cat Mario, apparently). In this giant glowing golden form, Mario expands to match Fury Bowser’s ginormous size and towers over the level to initiate one of the easier boss battles in Mario history, which is repeated several times. It keeps with the theme of a short, sharp and snappy open world Mario game.

There is some quality 3D platforming in Bowser’s Fury, and while it lacks some of the ingenuity of the classics, I relished the simplicity of the Cat Shine collect-a-thon. It’s one big world, yet split into bite-sized chunks that make it an ideal short burst game; or one you can complete in a weekend. While Mario being stocked with up to 40 power-ups make it too easy — compared to the one in reserve in 3D World — there are still some brilliant, shorter platforming segments.

Wii U owners will turn to Bowser’s Fury first, but those who missed out the first time would be best served starting with the main course in Super Mario 3D World. Just when we thought Nintendo had settled on complementary side-scrolling and open world Mario playbooks, it unleashed a brilliant hybrid that sits somewhere in-between. It began with 3D Land on 3DS, but really came into its own with the Wii U sequel. 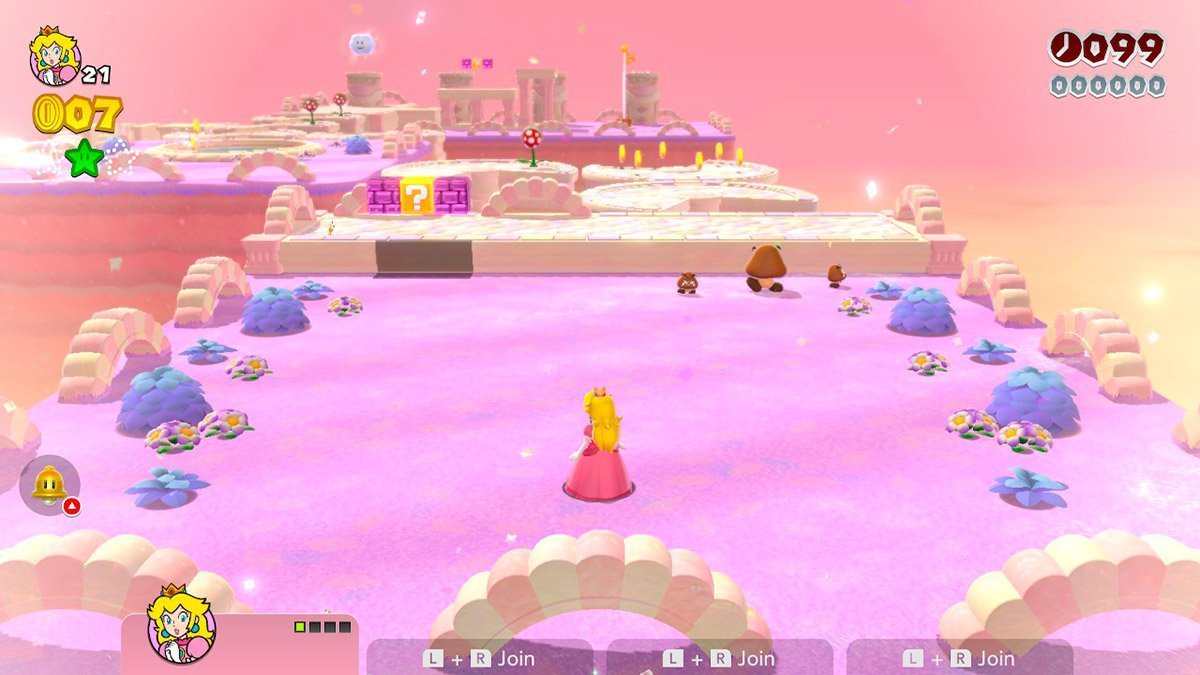 Our original review in 2013 framed 3D World as a Mario game that was destined to live in the shadow of the brilliance of Galaxy and its sequel. It has since also been overshadowed by Odyssey, so it’s always going to be considered a lower tier of Super Mario; not through any fault of its own, but simply as a result of the excellence and unparalleled success surrounding it. It’s kind of like that third Hemsworth brother (Brian? Michael?).

While we have almost confined it to a dark void sandwiched between perfection, Super Mario 3D World is pure joy. It’s much easier to pick up and play than Odyssey, or even Bowser’s Fury, for casual players, and that is why its headlining four-player co-op mode actually works. The clueless fourth doesn’t let the team down, as was the case when Nintendo tried to implement something similar in New Super Mario Bros, but they are also funnelled in the right direction, unlike the open level design.

The opening worlds are a doddle, but the later stages seriously ramp up the difficulty. While multiplayer is at the forefront, the harder worlds showcase how 3D World shines as a single-player game. I started with friends who had lost touch with Mario in adulthood, and they had no trouble with the opening few worlds. The second-half provides a reminder that Nintendo existed before the Super Guide. It’s almost a game of two halves on purpose; to cater for the millions of casual Mario fans and those of us who have practically memorised the NES levels. 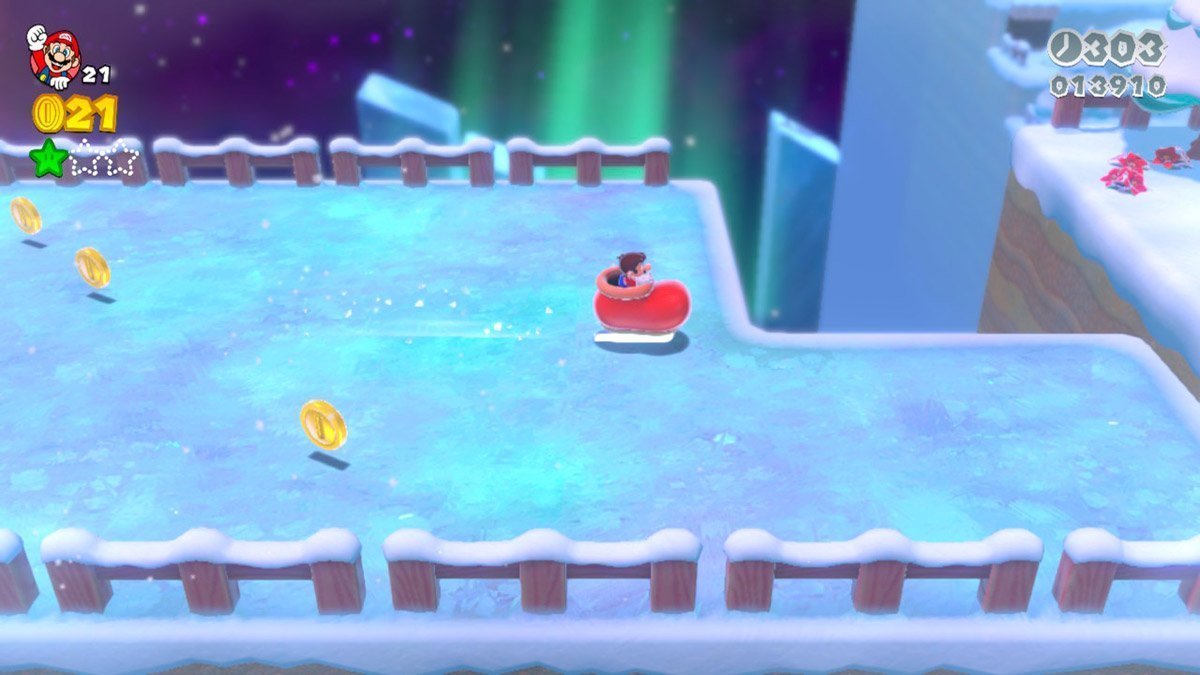 As a multiplayer game, Super Mario 3D World feels more at home on Switch than it ever did on Wii U. The controls are simple enough to downscale to a single Joy-Con, so chances are you have four controllers handy. While I stuck with the Pro Controller, the least familiar player thrived with the simpler layout. It also adds online play, with support for up to four players online, two of which can be on a single Switch. It was absolutely mind-boggling that this wasn’t an option on Wii U, but now that we’re paying for online functionality, it was a mandatory addition.

Often skimmed over when 3D World was first released, it’s the game that spawned Captain Toad Treasure Tracker — one of the best games within the dual Wii U/Switch catalogue. Here Mario’s mushroom-top buddy collects five green stars in each level, despite the inability to jump. They are some of Nintendo’s cleverest puzzles, requiring tactical manoeuvring of the camera and smart use of the environment to traverse, dodge or defeat enemies. These were still very much side levels in Super Mario 3D World, but are interesting to return to after playing Treasure Tracker; concept well and truly proven.

Much has been made of the increased pace in the Switch port of 3D World, but I can’t say I really noticed it until I dabbled with the Wii U version; it’s much slower than I remember, so this speed adjustment is welcome. In conjunction with Bowser’s Fury, the whole package feels fast compared to the trio in Super Mario 3D All-Stars. Aside from that, it’s another mildly tweaked port, rather than a remaster. Still vibrant and colourful, but now seven years later it’s showing its age; yet still brings a smile to my face, especially combined with its upbeat jazzy soundtrack. 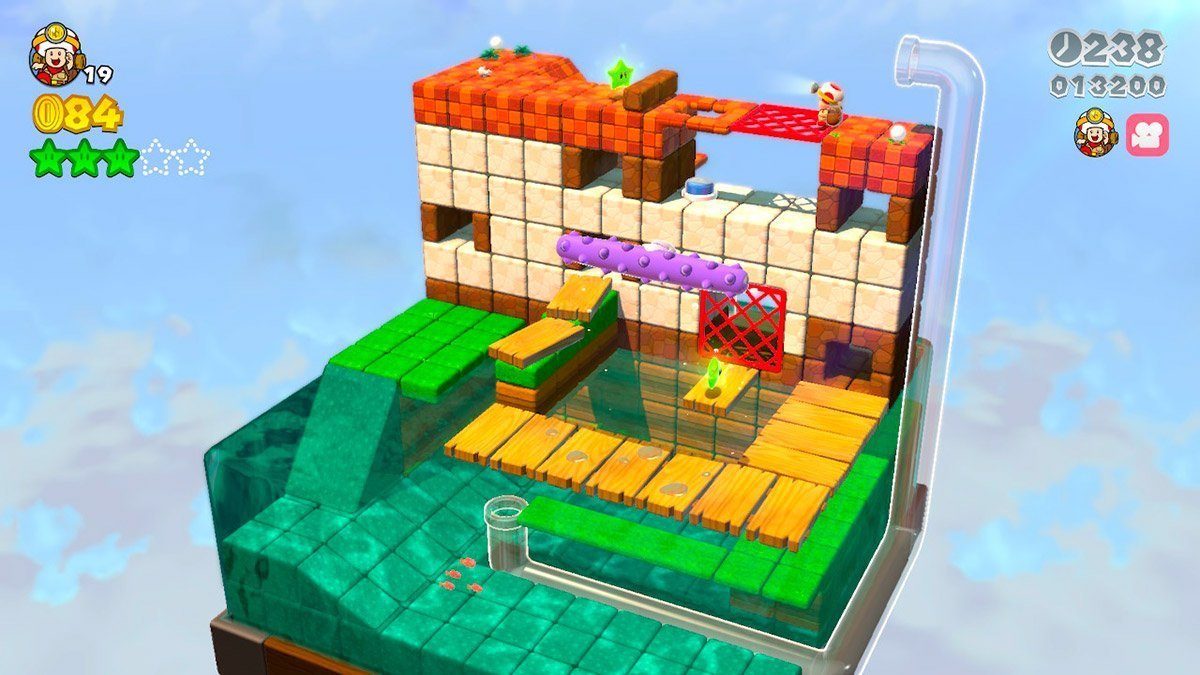 There are some great platforming levels in Super Mario 3D World, and in a lot of ways it shares a mantra with Bowser’s Fury. The early levels play it very safe, but it evolves to take some serious risks in design, which mostly pay off. In a post Super Mario Odyssey world, it doesn’t feel quite as unique — and seems much smaller in scope — but retains the essence of a fresh take on Mario. With less free time than I had seven years ago, I also appreciate the world-levels structure being applied to semi-3D platforming, as it’s much easier to pick up and play a couple of levels here and there, without forgetting where I was up to. That is also why it’s such a successful drop-in drop-out co-op game.

Super Mario 3D World + Bowser’s Fury is a delightful double act. Super Mario 3D World holds up well, and offers a unique multiplayer experience that works particularly well on Switch. Its opening worlds are designed to cater for that varied audience, while the second half injects some much needed difficulty and is best played solo. Bowser’s Fury is experimental in nature, and offers something completely different with a fully open world housing plenty of Shines to collect at a rapid pace. While neither quite reaches the dizzying heights of Super Mario Galaxy or Odyssey, it is a double dose of Mario doing things differently, and a fitting finale to Super Mario’s 35th anniversary.