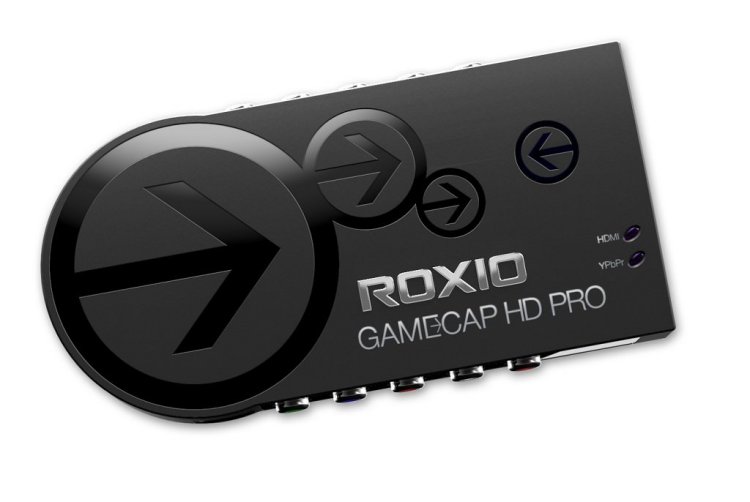 Over the last month or so, I’ve been able to take advantage of the Roxio Game Capture HD Pro (a mouthful indeed) and test out its myriad of features. To be honest I was a little perplexed as to where the device would sit within the market now that both PS4 and Xbox One have native gameplay capture and streaming functionality, but as I discovered there is still a demand for PS3, Xbox 360 and Wii U capture and streaming.

The device itself is quite small yet it feels solid and high quality. It’s not some cheap plastic toy. Set up is simple (for Xbox 360 and Wii U) and only requires connecting the device to your PC via USB, your TV via HDMI out and your console of choice via HDMI in. Set up for the PS3 is a little tricker as Sony has locked out the HDMI signal. To capture PS3 gameplay you’ll need a component cable for the console. I didn’t have one on hand so my experience with the device is based solely on Wii U and Xbox 360.

Once the software is installed on your PC and you have connected the device, using it to capture and stream is simple and intuitive. A control panel shows options for controlling the source, input, video quality settings and save destination. Simply click on the big “Start Capture” button and you’re good to go. Streaming is a little more involved and at first was tricky. You need to have a Twitch.tv or Justin.tv account and sign in. From there it’s a simple case of clicking “Live Stream” and you gameplay capture will be streamed directly to your Twitch account. In theory.

In practice it wasn’t so smooth. I linked my account correctly, I had every setting in the right place, but try as I might I couldn’t get the device to stream. The control panel claimed I was streaming, but visiting my Twitch page showed me as offline. I checked all the tutorials and troubleshooting and couldn’t for the life of me find a reason why. Eventually it just started working and to this day I am none the wiser on what the issue was. It may have been that my internet connection was not strong enough on that day or it may have been a simple glitch. Either way it was a strange flaw that seemed at odds with the ease of use the rest of the product provided.

The video editing suite that comes packaged with the device — like everything else about it — is simple to use and intuitive. Cropping videos, adding background music, voice overs, text and transitions are as simple as clicking a button. The range and number of effects included to add something extra to your video is pretty staggering and you’ll be hard pressed to run out of options anytime soon. That being said, those with more professional video editing software (Final Cut etc) might find the inbuilt editor a little primitive and a little on the safe side. It’s perfectly serviceable, but for those looking for something with a little extra grunt and polish you’re probably best served looking elsewhere. It’s great that the device is all-in-one inclusive, it just feels a little like “My first video editor” if you have experience with other software.

The quality of the captures and streams is immaculate and while 1080P is not included 1080i will generally be more than enough. My captures and streams were crisp, fluid and without a hint of graphical hitches or hangs. While it’s disappointing that I was unable to capture any PS3 footage (blame Sony for locking out the HDMI) I was pleasantly surprised that I was able to capture Wii U. The box the Roxio comes in proudly proclaims it can capture PS3 and Xbox 360, but the Wii U was nowhere to be seen. On a whim I plugged Nintendo’s console in and was able to capture footage after changing the Wii U’s output resolution to 1080i. While I was unable to test my OUYA, I believe that like the Wii U it should also work with no problems.

Despite being in the age and console generation of native streaming, there’s still a huge market for devices such as these and the Roxio Gaming Capture HD Pro is definitely a winner in the field. Being so user friendly while at the same time boasting some powerful software in the backend enables anyone to quickly become a pro at creating gameplay videos or authoring livestreams. While PS4 and Xbox One are the new console kings there are still millions of last-gen consoles out there just waiting to have another shot in the spotlight. The Roxio Game Capture HD Pro gives them that shot.