Payday 2: Crimewave Edition is a first-person crime simulator on current-gen consoles, and a damn-fun one at that.

Chances are, you’ve played Payday 2 before on last-gen or Windows PC. Those on the latter had the better end of the deal, of course, with the Xbox 360 and PS3 offering up rather bland visuals in comparison. This re-releases bridges the gap between PC and consoles, though it’s safe to say the best visuals are still found with the (and I say this in jest) master race.

At any rate, Payday 2: Crimewave is essentially a heist simulator, dropping you into plethora of crime scnenarios. Playable solo but definitely intended for co-op play, you and three mates can pick from a variety of criminal classes and are required to work together to succeed. 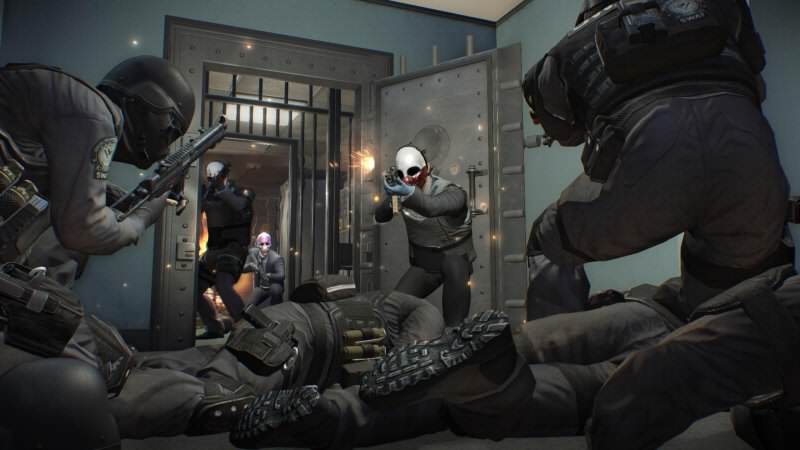 Solo, the game’s a bit of a nightmare. While you’re teamed up with AI partners, they’re quite useless. You, then, are required to hit all objectives and tackle waves on oncoming cops. I understand that they mightn’t be the best at locating loot, but your AI mates can’t even carry the damn stuff once you’ve singled it out. They also won’t stay in other rooms and cover civilians, often walk in front of security cameras. It’s safe to say that if you’ve played the first Payday, or at the very least have played a first-person shooter before, you should quickly burn through the game’s tutorial and jump straight into multiplayer.

Whilst you’re able to set a preferred character in multiplayer, you’ll be assigned one of the characters at random. Matches start with you being able to case the joint you’re about to rob. In this mode, you can’t interact with anything but you can walk around and find blind spots and get a feel for the area. The levels — although small and with invisible walls – can be randomised; the same happens if you restart a game, so key features like security cameras, guards, vaults and objectives will move making, every game unique and fresh. 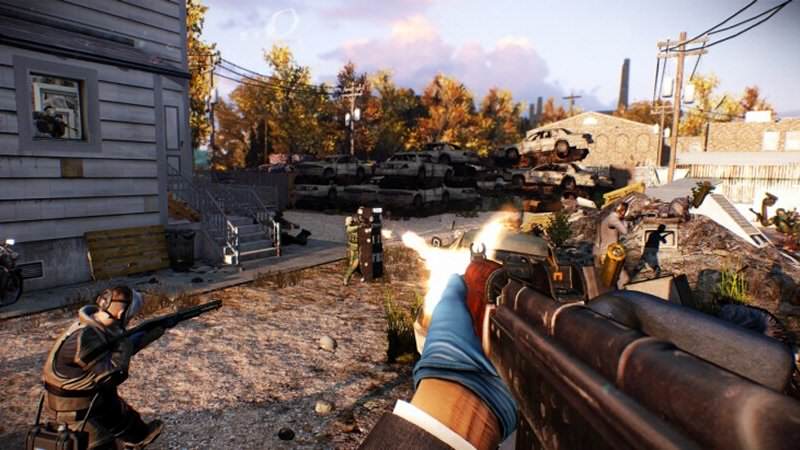 After finishing a game, each player gets to pick a reward card for a random piece of kit. You can get things like masks, textures, paints or a cash reward that can be used to customise your setup. The only problem here is I got three shotgun parts in a row, and I’ve never, ever used that weapon. With no way to trade parts, it really made me feel like all my efforts went to waste. You’ll also get experience for the games you play, and those points can be spent in a multitude of talent trees which heavily impact the way you can play. I really love that you can add passive bonuses to both you and your team.

Like Payday 2, there are a couple clunky bits that have made their way into the re-release. Aiming mechanics seems a little loose, though you do get used to them, and bullets just don’t feel like they’ve any weight at all. Despite this, the game plays brilliantly, and is best suited for you and some competent friends. In that situation especially, Payday 2: Crimewave Edition will absolutely provide complex and rewarding multiplayer experiences.

Payday 2: Crimewave Edition was reviewed using a promotional copy on Xbox One, as provided by the publisher.