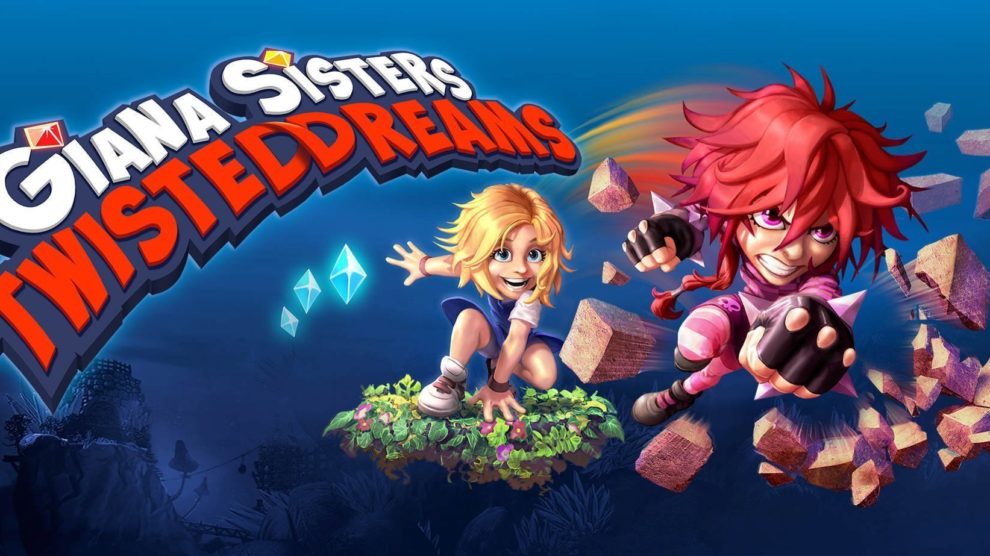 Coming off the back of the Commodore 64’s egregious rip-off of Super Mario Bros. I wasn’t too sure what to expect from Giana Sisters: Twisted Dreams. Thankfully, I was pleasantly surprised by a platformer with a hook that was nothing at all like Mario’s adventures.

The core of Giana Sisters’ gameplay is the persona shift. At the press of a button players can change between the cute as a button persona and the punk rock badass. Each persona has specific abilities that need to be chained and used in concert in order to see everything each level has to offer and to collect each of the hundred or so precious gems scattered around. 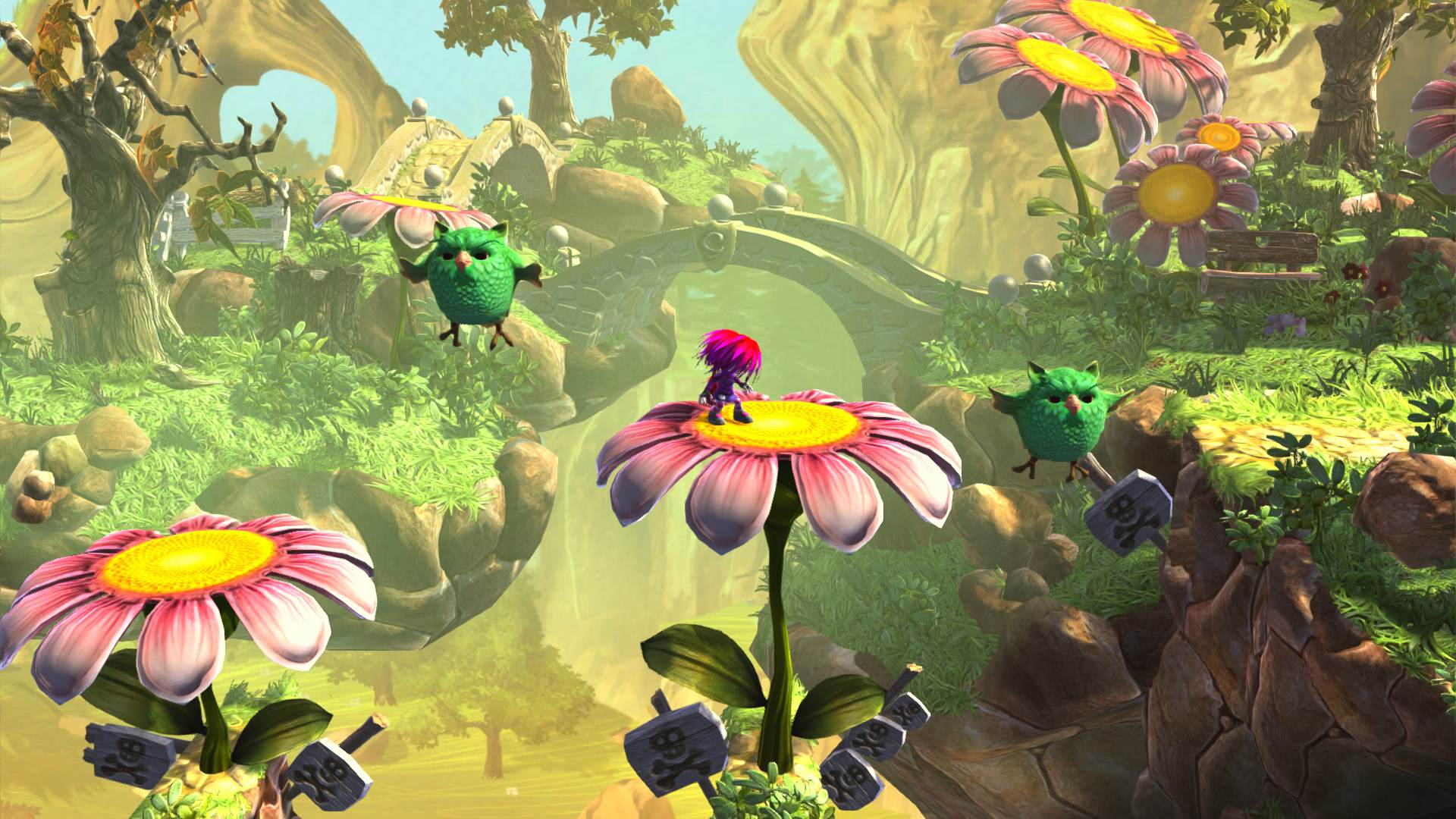 Changing personas doesn’t just change your abilities and appearance though. It changes the game world. In some cases it’s subtle and in others it’s a much larger change, but in both cases it opens up new paths and creates new gameplay opportunities. Along with the change in appearance of your character, the gameworld also changes to match the persona. As the cute blonde Giana the gameworld is a typical fairy tale setting, but change to the punk persona and the word feels more like a punk rock nightmare filled with hellish enemies, skulls and spikes.

Speaking of visuals, Twisted Dreams is an absolute visual smorgasbord. The team at Black Forest has lovingly created a truly colourful, bright and gorgeous feast for the eyes. Rarely do platformers get heaped with so much craftsmanship — outside of Rayman or Mario — and in this case it feels like the best of both worlds. The same goes for enemies who’ve clearly been drawn from popular fiction and stories, yet they’ve been given a new style which feels as though it could only exist inside Twisted Dreams.

As you progress, the levels and challenge progressively ramps up and at certain points it’s almost too much. Twisted Dreams really pushes the envelope on the difficulty side of things after easing players in at the beginning. It’s a little off-putting to have been lulled into this gorgeous game world and explore at your leisure and then to suddenly be faced with these almost impossible challenges shortly thereafter. If it’s a challenge you’re after then you’ll likely be calling me a filthy casual at this point, but in all honesty, sometimes the difficulty felt a little bit too cheap and a little bit too much. 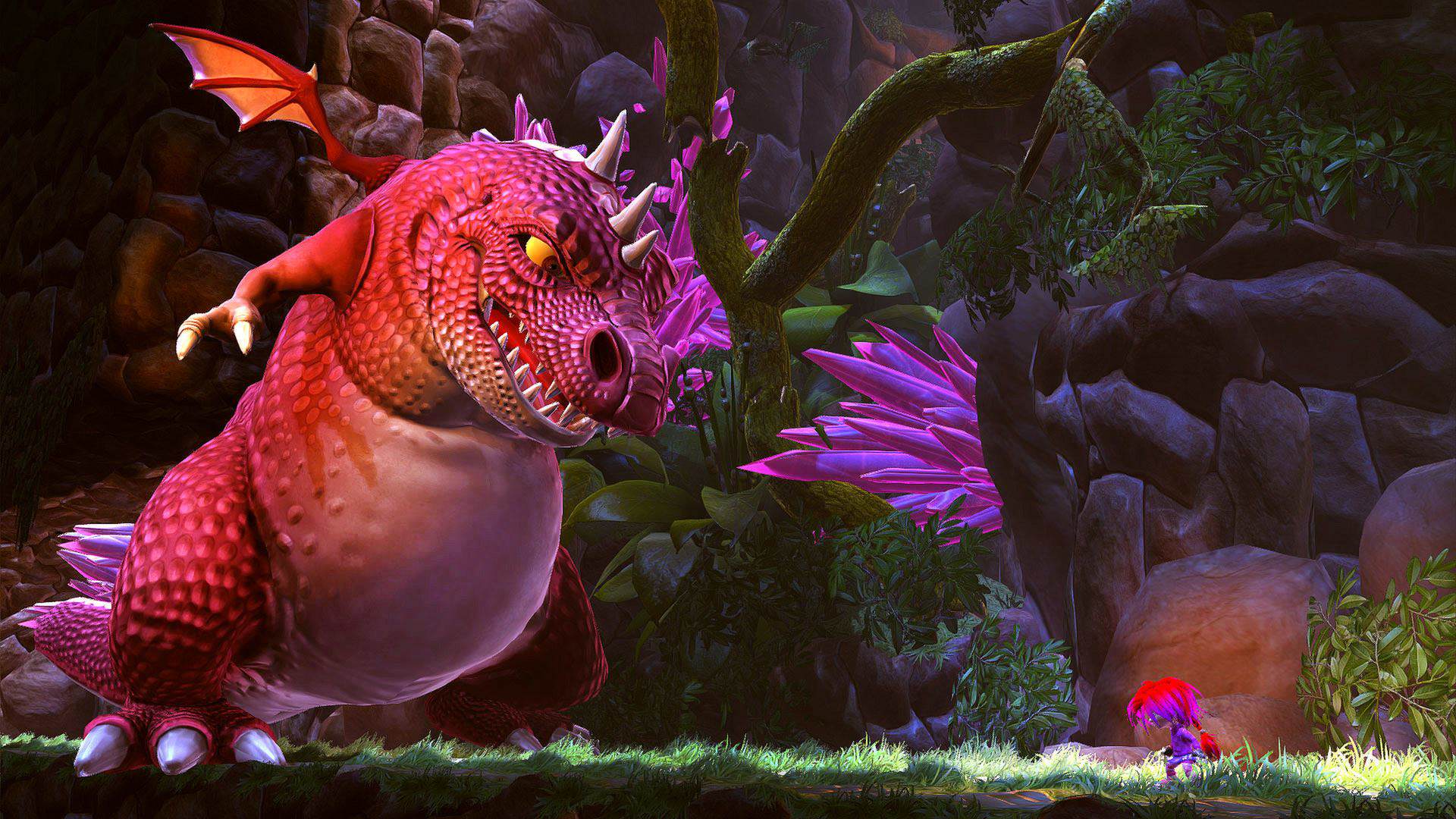 Once the story mode is done and dusted, the allure of collecting each and every gym will draw back completionists. There are also Score and Time Attack modes for those inclined which definitely adds some replayability to the title. Unfortunately, in Time Attack there’s no option to restart a level if you make a mistake, so it feels cumbersome and unwieldy to play.

Giana Sisters: Twisted Dreams Director’s Cut transcends the franchise’s dubious beginnings and manages to be something altogether different, yet familiar. While certainly not a genre defining, game changing platformer by any stretch, Twisted Dreams has enough going for it that those with a longing for an old school challenging platformer, with a persona shifting twist should check it out.

Giana Sisters: Twisted Dreams Director’s Cut was reviewed using a promotional code on PS4, as provided by the distributor.