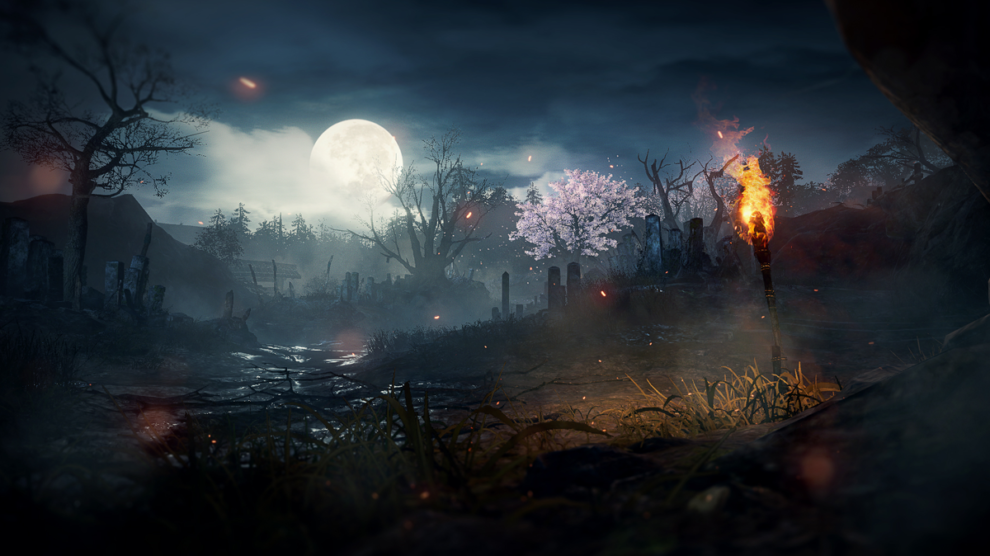 Nioh is back and as if the first instalment wasn’t gruesome and challenging enough, this time everything is turned up to eleven. With more ways to defend yourself and tear your enemies apart, its sequel adds just a little more and improves on the original in every way.

Nioh 2 is set in mid-1600s Japan in a Japan where every person you meet has a Ghost-type Pokemon and speaks in a British accent. You’ll be expanding territories and stealing forts rather than saving the world — at least in the beginning. While it has a passable narrative, that’s really not what things are about. Having a coherent story is really just a bonus; the salad on the side. The gameplay, the enemies and the level design are truly the main course. 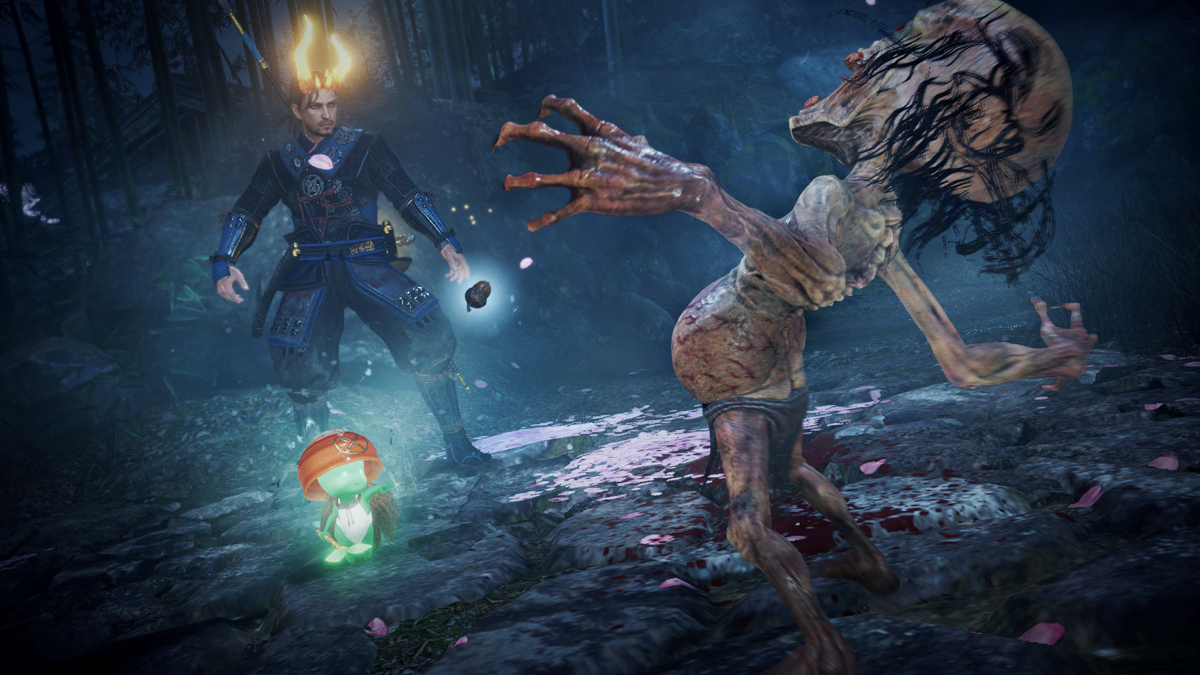 This isn’t a sequel in the ways you would expect it to be anyway. You’re a different character this time around; he doesn’t talk and is pretty much there just to kill stuff. The lack of a voice is a little jarring at first but you’ll get over it pretty quickly (and who knows, it may even be an improvement). Imagine a big-budget Hollywood action movie without the cringy dialogue; all of a sudden the last few Rambo movies don’t sound too bad. You’re not there for the subtle nuance of John Rambo’s dramatic lines, you’re there to see people get cut in half with miniguns. Shame on you, by the way, but at least you know what you want.

Once again, Nioh 2 uses separate levels rather than a single, continuous world. This means each level has a different tone and style but you’ll also find yourself funnelled into more unavoidable nasty situations. That’s what this is all about and there’s a good chance it’s the reason you’re here.

This is a dark world with little hope, plagued by vicious Yokai: ghosts that tear people to shreds and continuously expand their coverage form the twisted spirit world. Nioh does a lot to improve on the formula the Souls series has laid out. This includes the addition of tiered loot with in-depth ways to craft and customise your gear, endgame-style levels and multiple ways to engage with other players online. Each piece of functionality returns in Nioh 2, but each is very much tweaked and improved. 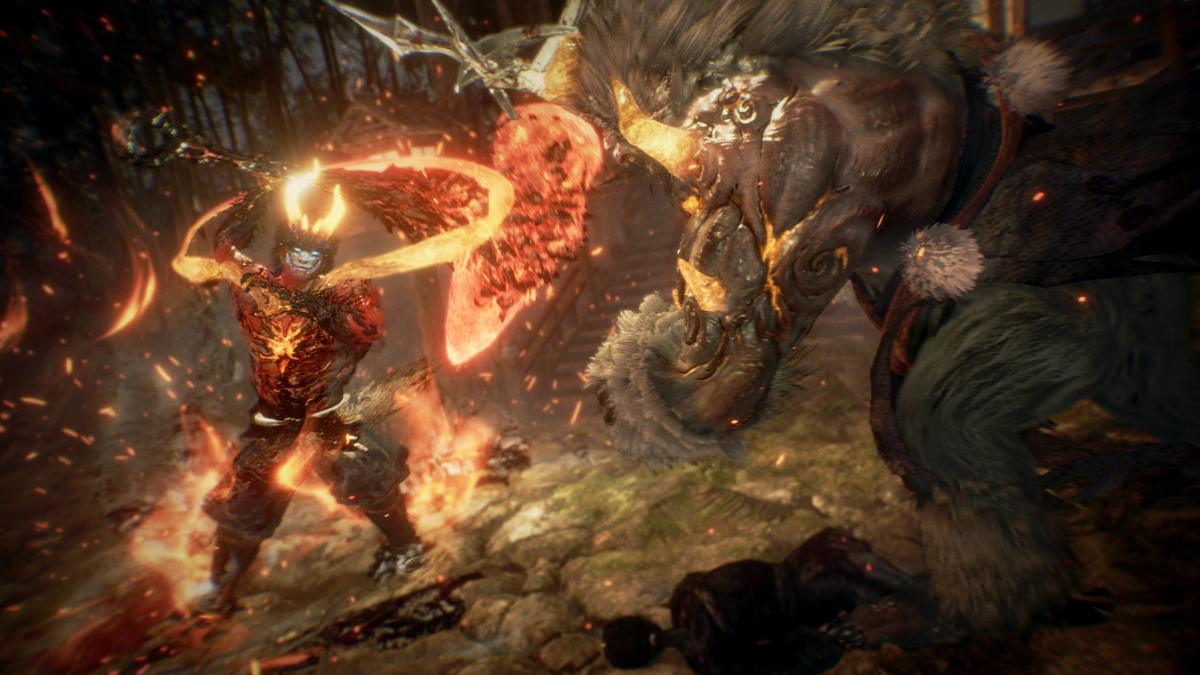 It doesn’t stop there — Nioh 2 adds even more great, new gameplay mechanics but this is where things get a bit tricky. The addition of new ways to bash up nasties that actually work well in the game may sound great but it comes at a cost to the barrier to entry. With so many things to master and an arsenal that continues to expand as you progress through the campaign, there are more and more techniques and mechanics to get your brain across. Not only will you have to remember more abilities and check more gauges to see if a new skill is available, there also has to be a corresponding increase in difficulty to combat with all the new ways you can slay.

Yep, it’s tough but much more than I expected. If you haven’t mastered ALL of the basics you don’t stand a chance. My advice is to take it slow and make sure to explore every tiny piece of the game as you go through it. You can easily blast through levels and turn the campaign into a boss rush but you’ll struggle if you do and miss the disgustingly beautiful world around you.

The level design is very clever; just like the original, you’ll find yourself getting lost constantly through gruesome mazes, only to find yourself in a familiar place when you’re not expecting it. Levels curl back on themselves in surprising ways to keep things interconnected and allow you a chance to create a detailed mental map of an area should you put in the time each new space deserves. 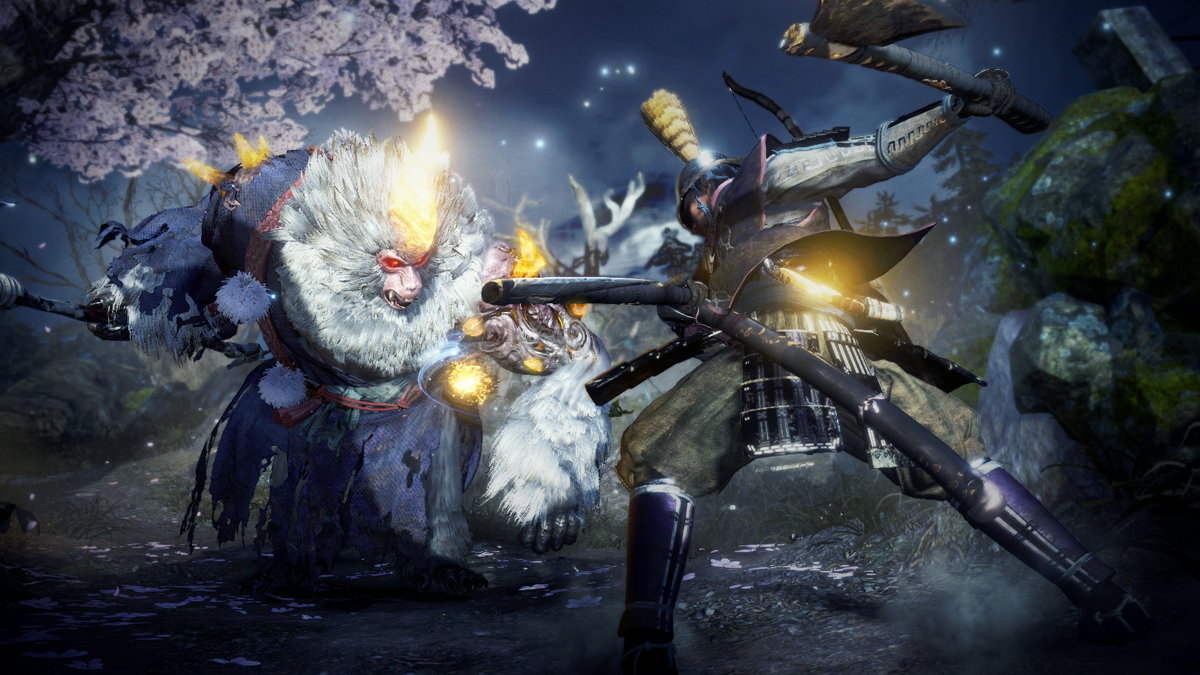 You’ll be needing this in-depth knowledge of the terrain if you want to stand a chance at progressing too. Avoiding fighting multiple enemies at once is going to help a lot so approaching them from a particular side will be incredibly helpful. The same can be said for the bosses. Each level culminates in a boss fight in its own arena. The first few entrances into the boss room will be purely recon; you won’t have much of a chance to survive. You’ll learn with each attempt; everything is telegraphed to give you a chance to fight back… or more precisely, to dodge and get in a tiny bit of damage when you can.

If you’re struggling, I recommend delving into the ninja and magic skills as early as possible. You can start developing these skills even before the game explains what they are and how to use them and if you want to make it through alive and save yourself some sanity, you should do exactly that. Explosive bombs, lightning strikes and amazing buffs and debuffs if well timed will make your struggle just that little bit more fun and significantly easier.

There’s an absolute tonne of content included with Nioh 2. The new levels just keep coming; there are sub-missions, twilight missions, online battles and all fuel your thirst for better gear. If you’re like me, you’ll be spending at least half an hour in the blacksmith after each mission forging new weapons and armour, then taking it into the dojo to test it out, juggling new power-ups and finding optimal combinations.

There’s a lot to do and Nioh 2 flat out demands this of you. If you’re planning on chopping down some of the nastiest bosses you’re likely to come across, you’ll need to be able to invest a lot of time to do so. Nothing comes easy, there’s a lot to learn and you’ll struggle for hours on end at times — but if you’re ready for a rogue-like experience, Nioh 2 has perfected the genre.

Nioh 2 was reviewed using a promotional code on PS4, as provided by the publisher. Click here to learn more about Stevivor’s scoring scale.