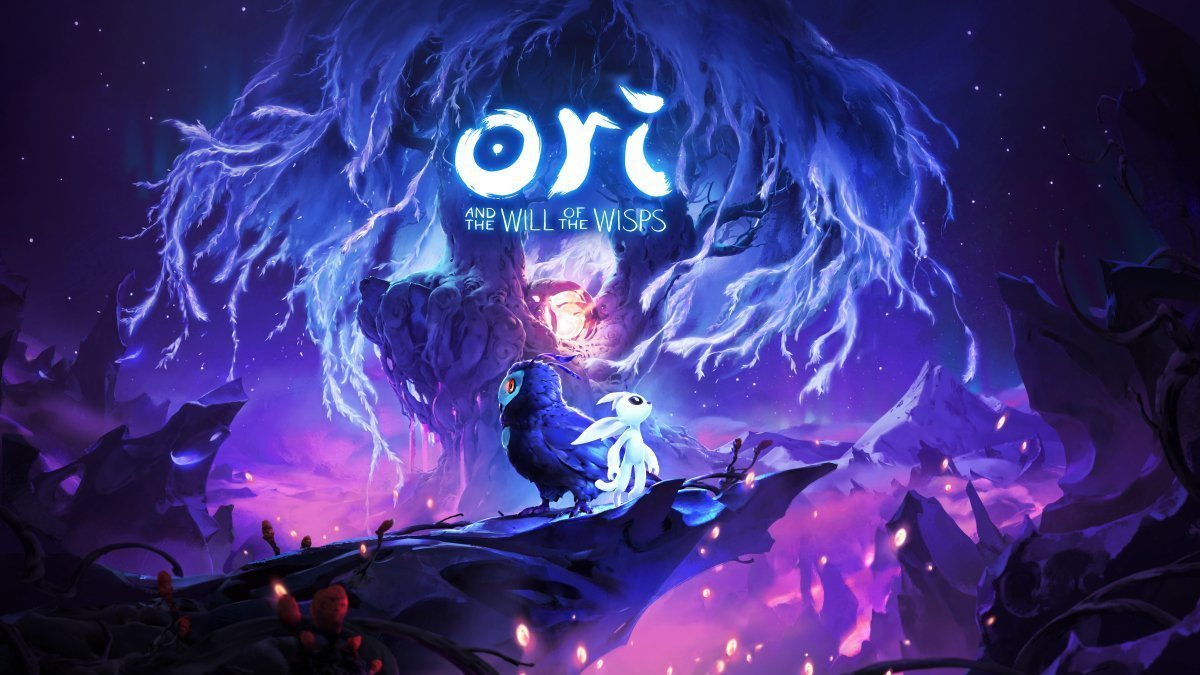 Ori and the Will of the Wisps is a game of rare ilk that has me scouring every nook and cranny for all power-ups and the satisfaction of a 100% icon pinned to my primary save file. I’m normally a complete the main quests, forget the rest, kinda guy; with Ori and the Blind Forest, I can’t help but cave to obsessive desire as I let Will of the Wisps and its beautiful world captivate and consume my life for a weekend — we are talking hours, not weeks here, but that’s ideal for a 2.5D sidescroller reliant on the player remembering every minor detail about where they have been and their intended destination.

The wispy storyline embarks upon a journey to discover Ori’s true destiny as he ventures beyond the Nibel forest. Following on from the conclusion of Blind Forest, where Ori connected with an orphaned baby owl named Ku, we open with him learning to fly — it’s more like falling with style — before the two are separated, leaving Ori firmly on the ground. The story is told through atmosphere as much as dialogue, yet hits some deeply emotional beats in short bursts.

The breathtaking art style, coupled with its mesmerising soundtrack, will capture your heart long before an enemy has been defeated or a puzzle solved. Ori is a shinning light in another otherwise dark world, at least initially until evil is lifted, but it’s the world more than the characters that is so captivating. I’ve never taken the time to stop and admire a 2.5D tree in any game, but Ori is different; and it definitely wasn’t because I mistook it for a branch that could be climbed, when it was actually just a snazzy looking backdrop.

Initial attraction is tied to aesthetics, but it’s the punishingly brilliant gameplay that builds the relationship between game and player. It’s a game of millimetres, and it’s so easy to get it wrong. The pixel perfect controls are tight, but don’t expect any assistance. They give complete command over the slightest movements, and a small mistake is severely punished. I’m a rash player and run into a challenge without much thought, figuring it out along the way with little concern for my atrocious death count; a number that isn’t anywhere near as high this time around.

While Will of the Wisps is tough, it’s fair, and not as brutally punishing as Blind Forest was at time, and has done away with the fluctuating difficulty spikes. A constantly auto-saving system has replaced Soul Links (manual saves), which accommodates trial and error much better; you’ll nearly always respawn within a minute of death, which considerably reduces the slog.

The upgrades system has also been completely overhauled, giving you more options over how to approach combat and to reward players who search for secrets and choose to complete side quests with new, but optional, abilities that make Ori’s journey a little bit easier.

Whereas Blind Forest prioritised firing at enemies, Will of the Wisps opens by bestowing a light sword upon Ori and casting the spotlight on close quarter slashing. Three face buttons are assigned to a variety of abilities that continue to be acquired at a rapid pace, and allow far more customisation as to how you’ll get your killing done.

The fast sword can be swapped out for a slow, but more powerful axe, and is best joined by a projectile, like a bow or ninja star, and rounded off nicely by a healing power. It’s predicable to settle on some favourites early in the piece, but Will of the Wisps does a commendable job of rotating its puzzles to ensure you’re cycling through the abilities like a revolving door. Ori powers up further through shards, a perk system that buffs more specific traits.

While the opening hour focuses on combat, the majority of Ori’s quest is spent traversing the world solving puzzles and determining when to backtrack to previously impassable terrain on the crisscrossing layered map. Like its predecessor, structurally, Ori and the Will of the Wisps is Super Metroid. It’s action-adventure backed by excellent platforming elements that revolve around exploration, power-ups, backtracking and brutal precision. There are small boss fights, plus a few more mini-bosses on this occasion, and a diverse selection of enemies; many of which are crucial to puzzle-solving.

Ori’s biggest divergence from the game that spawned it is the prevalence given to enemies. They’re crucial to navigating the environment, but play second fiddle. Most don’t present much challenge alone, but do in conjunction with dodging traps or mistiming jumps. Many are used to solve puzzles, and even traverse the environment, which often can’t be done without reflecting an enemy attack.

It’s the way Ori and the Will of the Wisps crafts its gameplay by blending all of its mechanics together that will leave you in awe of your own magnificence; sure, you will need to execute some tricky manoeuvres, so take a moment to pat yourself on the back, but it’s mostly the result of excellent level design. It doesn’t just stitch combat, jumping and pulling a lever into a sequence, but combines them all into a single flow of gameplay. Reusing enemies’ attacks to slingshot to higher areas is critical, and the puzzles and platforming are one and the same. Those wild routes your brain concocts in other games when overlooking the obvious door — ludicrous chains of jumps that look like they shouldn’t work — are intentional in Ori.

Returning staples like double jumping and dashing are unlocked almost immediately, but they’re joined by an enhanced bag of tricks to fling poor little Ori around the lavish world. He can shoot himself around with a grappling hook, burrow into the ground with serious speed, and dash boost off enemies’ or even his own projectile attacks to reach otherwise inaccessible areas.

Ori makes more friends on his second journey, and most of them are quick to take advantage of his kindhearted nature by asking him hefty favours. These side quests are optional, but they bring the map to the forefront of direction, as you’ll constantly be opening it to figure out where to go next, often guided by quest markers that appears outside of your field of vision in zones still shrouded in darkness.

During our review period, this reliance on the map hasn’t gone to plan. There have been a couple of crashes, but more annoyingly, constant slowdown to the point of effectively freezing for a moment after opening and closing the map. That’s a huge problem for a game that both demands centimetre-perfect precision while also leaving the onus of navigation to you and a map that has to be accessed constantly to reach your destination; doing so habitually will lead to frustrating deaths directly caused by technical issues. Xbox assures us these problems are well known and will be addressed in a day one patch, but at the time of review, the much needed polish is yet to be applied.

Ori and the Will of the Wisps follows the Blind Forest as a special game that is unrivalled in its class. It’s been five years since we first met young Ori, and nobody has come close to delivering an experience that is forever destined to be labelled ‘Metroidvania,’ and while it’s still a fair comparison, Moon Studios has built upon its own great work to delver a fantastic sequel. There are some technical issues, and as a follow-up it doesn’t quite have the same debutant magic of the original, but it’s definitively a better game with expanded choice in combat, a user-friendly save system, and excellent level design that masterfully combines all elements of its gameplay so well it has you believing it is you who is the master.

Ori and The Will of the Wisps is out now on Windows PC and Xbox One. The title is part of the Xbox Game Pass program.

Ori and the Will of the Wisps was reviewed using a promotional code on Xbox One X, as provided by the publisher. Click here to learn more about Stevivor’s scoring scale.