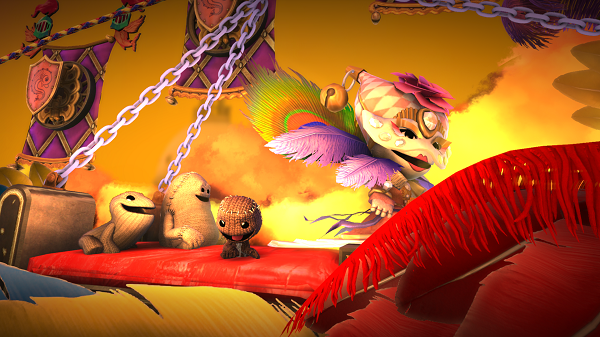 In a time when being hardcore and casual gamers are things, it’s nice when a title comes around that everyone can just pick up and enjoy together. Enter LittleBigPlanet 3, the latest installment in Sony’s orb-collecting and level-building hit franchise.

While the storyline has always been second to simply having fun with the levels, LittleBigPlanet 3 transports you to the planet Bunkum and tasks you to stop a villain bent on destroying it. Said villain, Newton, is voiced by none other than House‘s Hugh Laurie. Unlike the previous LBP titles you now have the option of playing as not just Sackboy, but three new additional characters too.

During the preview we had the chance to check out two of the new characters, OddSock and Toggle. Beginning with the former, OddSock is the quickest of the four characters and has the ability to stick to walls and jump off them. Toggle, the Grimace look-alike, has the ability to… umm… toggle himself between both Little Toggle and Big Toggle. Little Toggle can walk across water while Big Toggle can be used to sink through water and be used as a weight for switches and levers. Of the two levels we were able to check out each were created to play to each character’s strengths and while none were particularly challenging, they were certainly fun to run through and explore nonetheless. 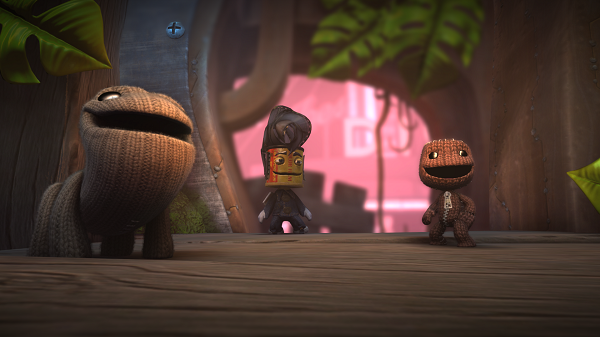 LittleBigPlanet continues in its tradition of being easily accessible and is well and truly a pick-up and play title. It’s been some time since I’ve played LBP2, but it took only moments to get back into the swing of things and be on my way to collecting orbs and stamps. The game shines when played co-operatively, combining both competitiveness as you strive to collect more items than your partner as you progress along, but also prompting working together as you clear the many obstacles. This was particularly the case when using Toggle, as one would often need to play to Little Toggle agility while the other used the weight of Big Toggle. Co-operative levels are also designed to not just have both players follow the same path, sometimes allowing you to split apart and collect your own items along the way.

LittleBigPlanet’s success has always relied on simple controls, and to some extent, simplistic level design, and LBP3 continues in this fashion by playing to the franchise’s strengths of simple and light-hearted gameplay. There was unfortunately no option to design our own levels during the preview, but the look and feel of the previous two titles are certainly present.