Home » Previews » Pentiment Preview: A labour of (and for) historic love 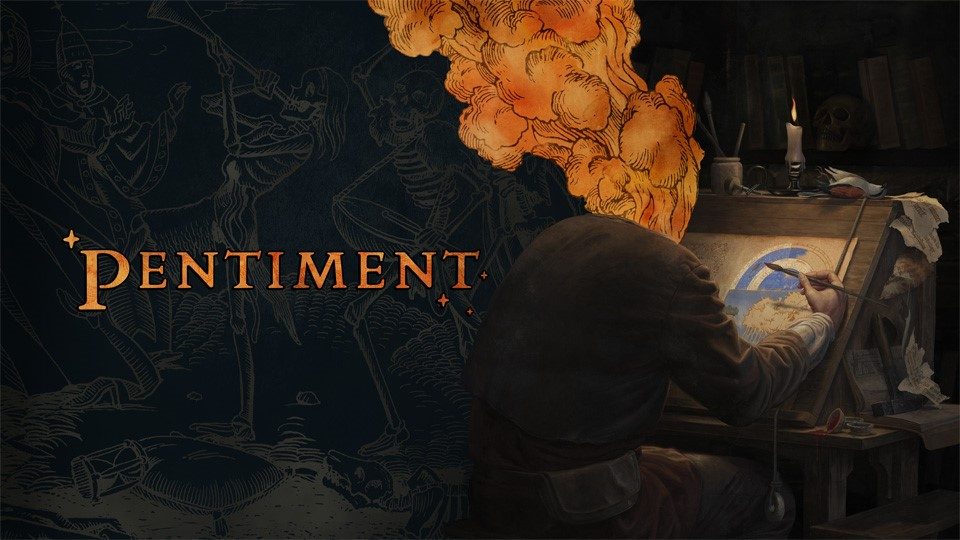 There's a lot going on behind-the-scenes of Obsidian's latest title.

Obsidian is known for its RPGs but has been making a name for itself in other genres of late; we already have access to Grounded and are soon to get our hands upon Pentiment, a narrative focused title that was formally announced earlier this year.

Ahead of Gamescom 2022, Microsoft and Obsidian provided access to a forty-five minute, hands-off explainer of the title, and we’ve summarised what to expect below.

“This game, first and foremost, is a passion project for myself and the small team that have been making it over the past few years,” said Obsidian’s Josh Sawyer. “We started with just two people and now we are a team of thirteen; it’s a very small team of people. While there are role-playing game elements in this game, and things that people will recognize from other Obsidian titles, ultimately this is a narrative adventure game. It’s not a role-playing game at its heart, so it’s kind of a departure for Obsidian.

“The main draw that we feel this game presents to players is that it has a very unique art style.”

Sawyer isn’t kidding, spending a large majority of the session explaining the level of detail that Obsidian has placed upon what’s essentially a visual novel. But before we get into that, let’s delve into Pentiment’s premise. 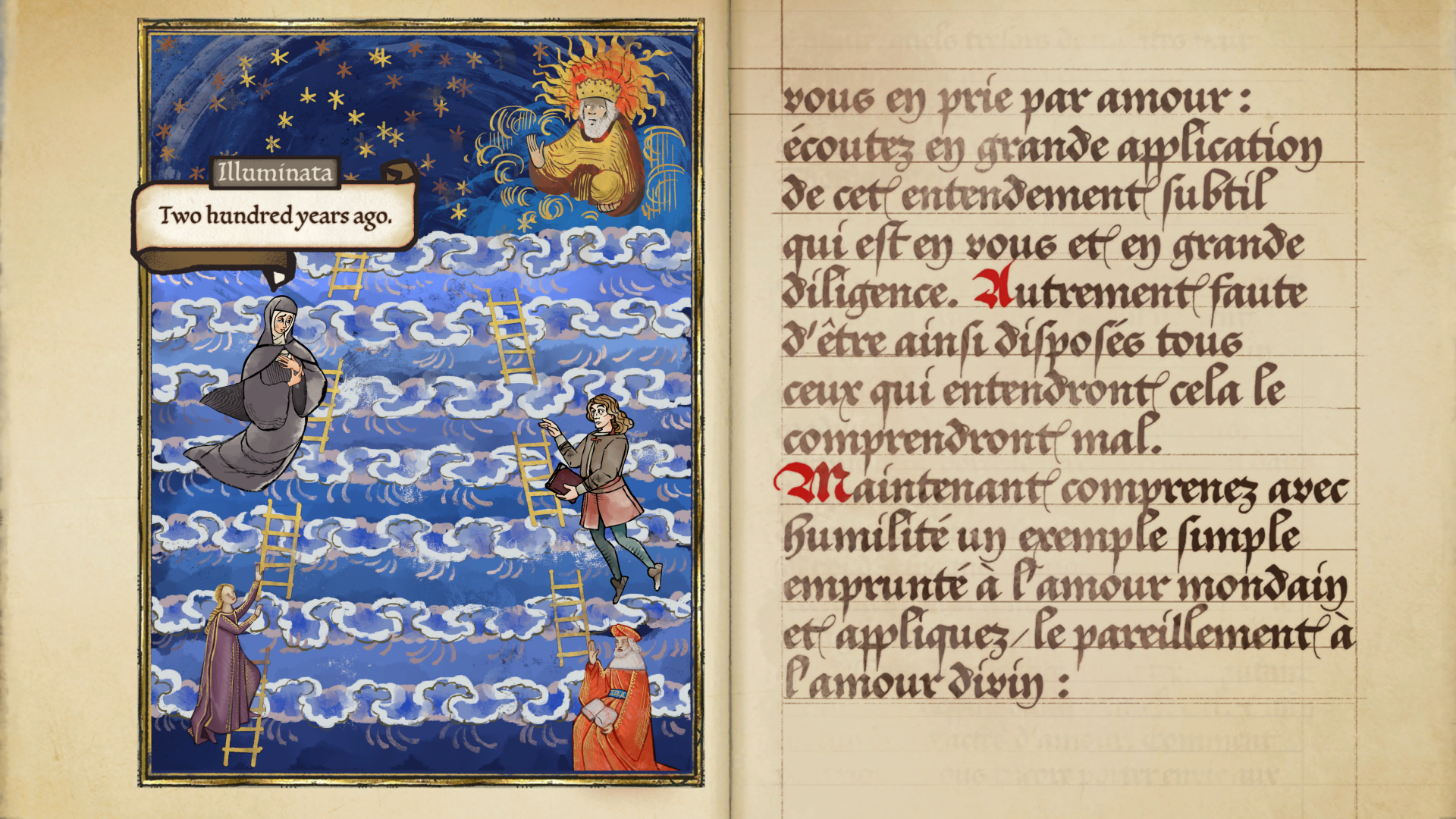 Set in the 16th century in Upper Bravaria in the time of the Holy Roman Empire, players will fill the role of an artist named Andreas who, according to Sawyer, “is caught up in a series of murders and scandals over a period of twenty-five years” in two fictional towns.

“Much of your gameplay is really spent exploring the world and talking to characters and forming relationships with them,” Saywer continued. “This is a very tight knit community. Actually, it’s two very tight communities.”

While Pentiment isn’t an RPG, Obsidian will provide players the chance to toy with the protagonist’s background. There isn’t a cosmetic character creator, but players will be able to select what their character studied in university.

“You can pick things such as you studied logic, you studied astronomy, you actually studied all the occult books that you can find,” Sawyer explained. “These things that you select are immediately reflected in your dialogue choices, and can be used for the rest of the game to help you solve the mysteries and complete tasks.” 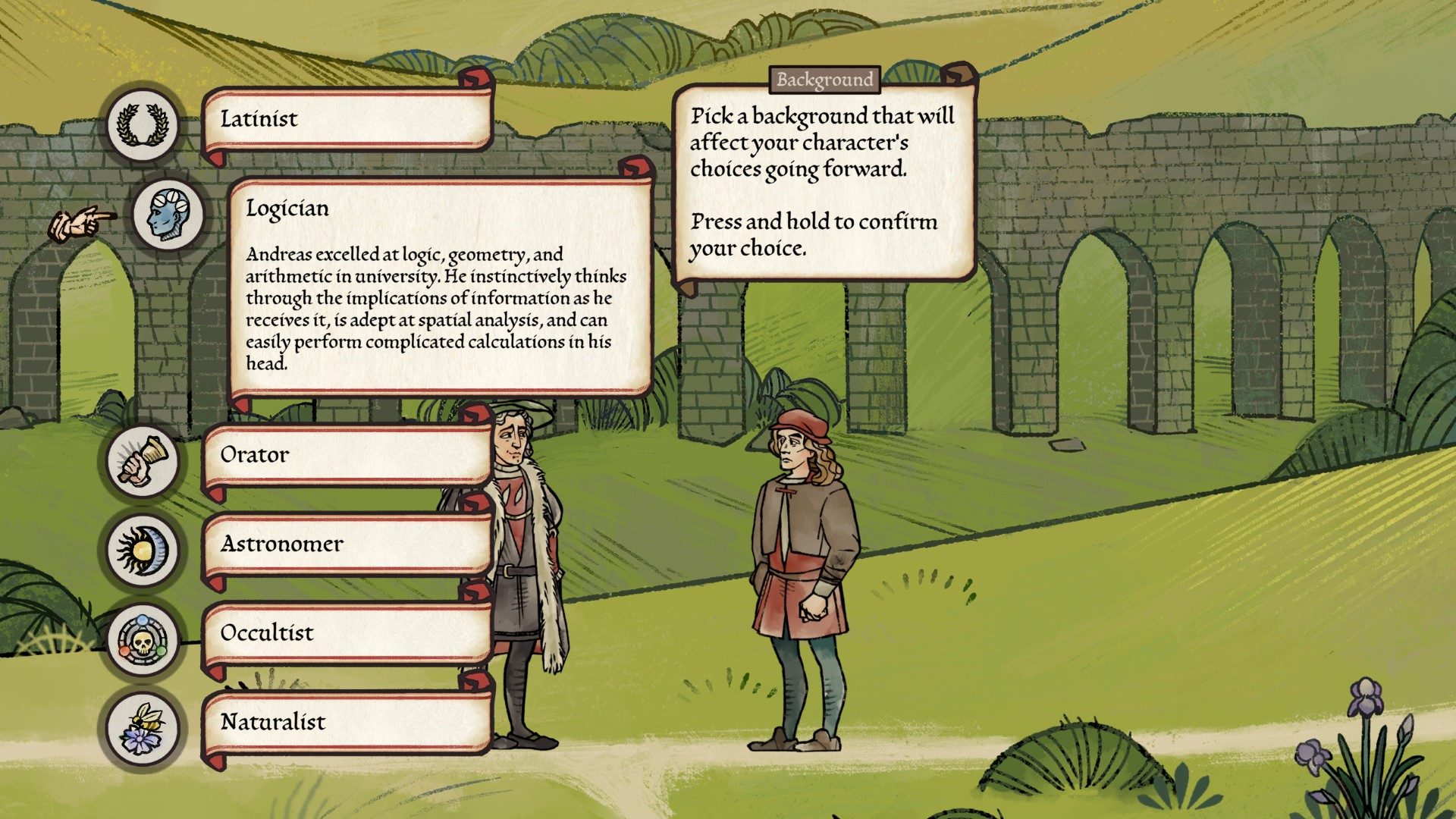 Where Pentiment differs from the latest string of visual novels of late is that endeavours to be accessible to casual players, avoiding over-complicated quicktime events and the like.

One such example of a mini-game, Sawyer offered, is one in which you’ve been asked by an NPC to hang up pictures on a wall. The mini-game itself is simply dragging pictures onto designated spots on a wall. While that mightn’t pique some players’ interest, what comes next might: the NPC then asks you to remove a cross from the very same wall; your choice at that moment will have lasting consequences. 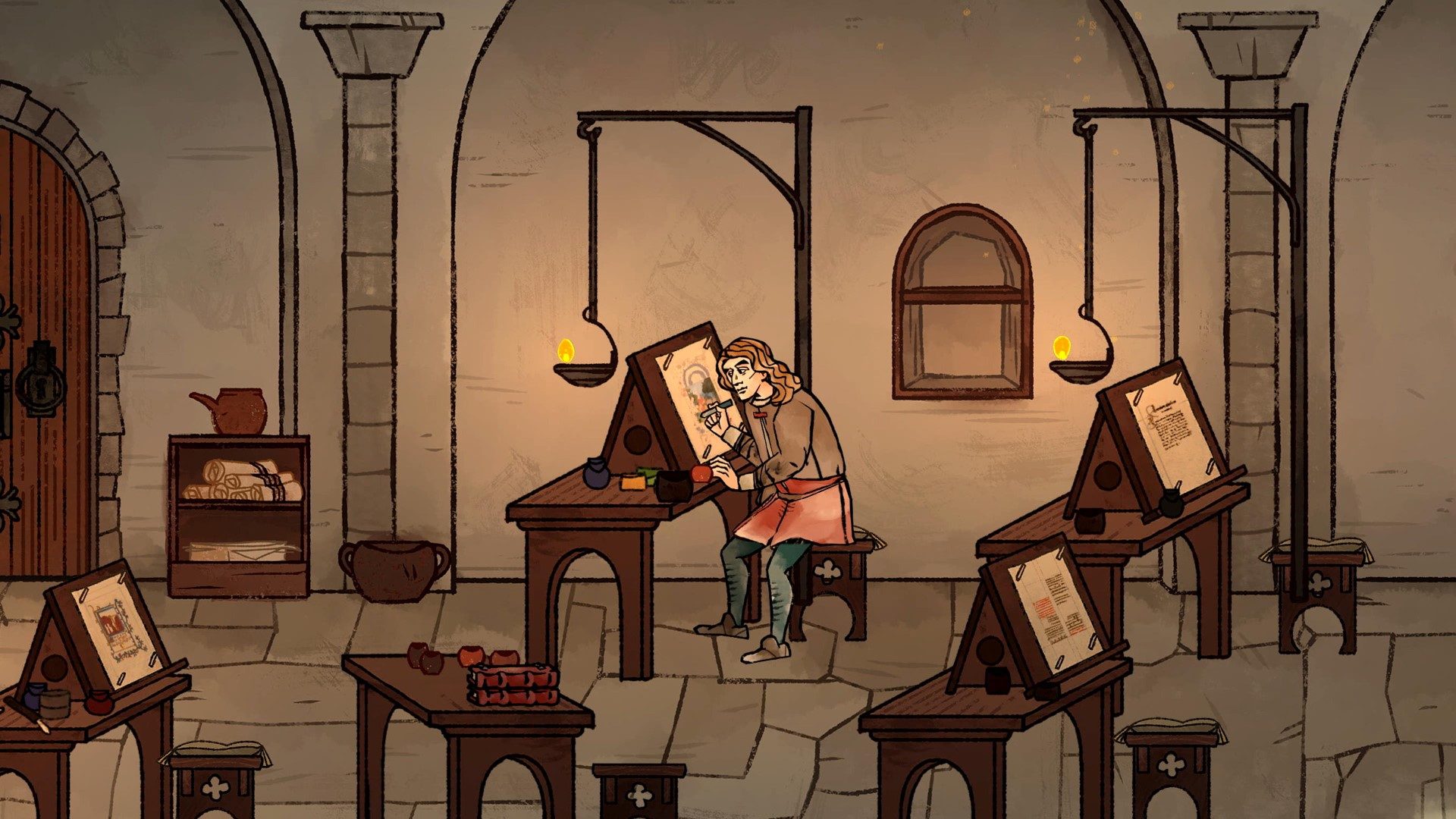 Obsidian is also taking advantage of newfound resources as part of its acquisition by Microsoft to ensure greater accessibility options in general. A period game, players will have the chance to turn off what Sawyer called “crazy fonts” that represent the time period, replacing them instead with larger, easier to read ones.

While the option to remove said fonts is there, the functionality comprises quite a bit of what Pemtiment has to offer.

“Font rendering is also something that was very important to us from a technical perspective and also for immersion,” Sawyer said. “The first feature that we implemented for our fonts is something called stroke masks, [which] are something that allows us to render each character one stroke at a time, as though you’re writing it out by hand. We do this manually, also by hand, and when you see it in action you actually will see each letter is drawn one stroke at a time. We also put effort into making it really feel like physical link.

“When the strokes come in, it’s extremely dark ink,” he continued. “We actually have reflection on the ink, so it appears to be sort of a pooling on the top of the parchment, and then very quickly it seeps into the page, it dries, it becomes slightly less opaque, and you can see bleeding around the edge of the characters. And everyone’s human; something it’s very common to see in manuscripts in this time period is that people will make errors and then they will correct them by scratching the parchment and rewriting a character in its place.

“This is so common that we decided to implement it as a feature, so you will periodically see a character make a mistake in a conversation and rewrite it in real time.” 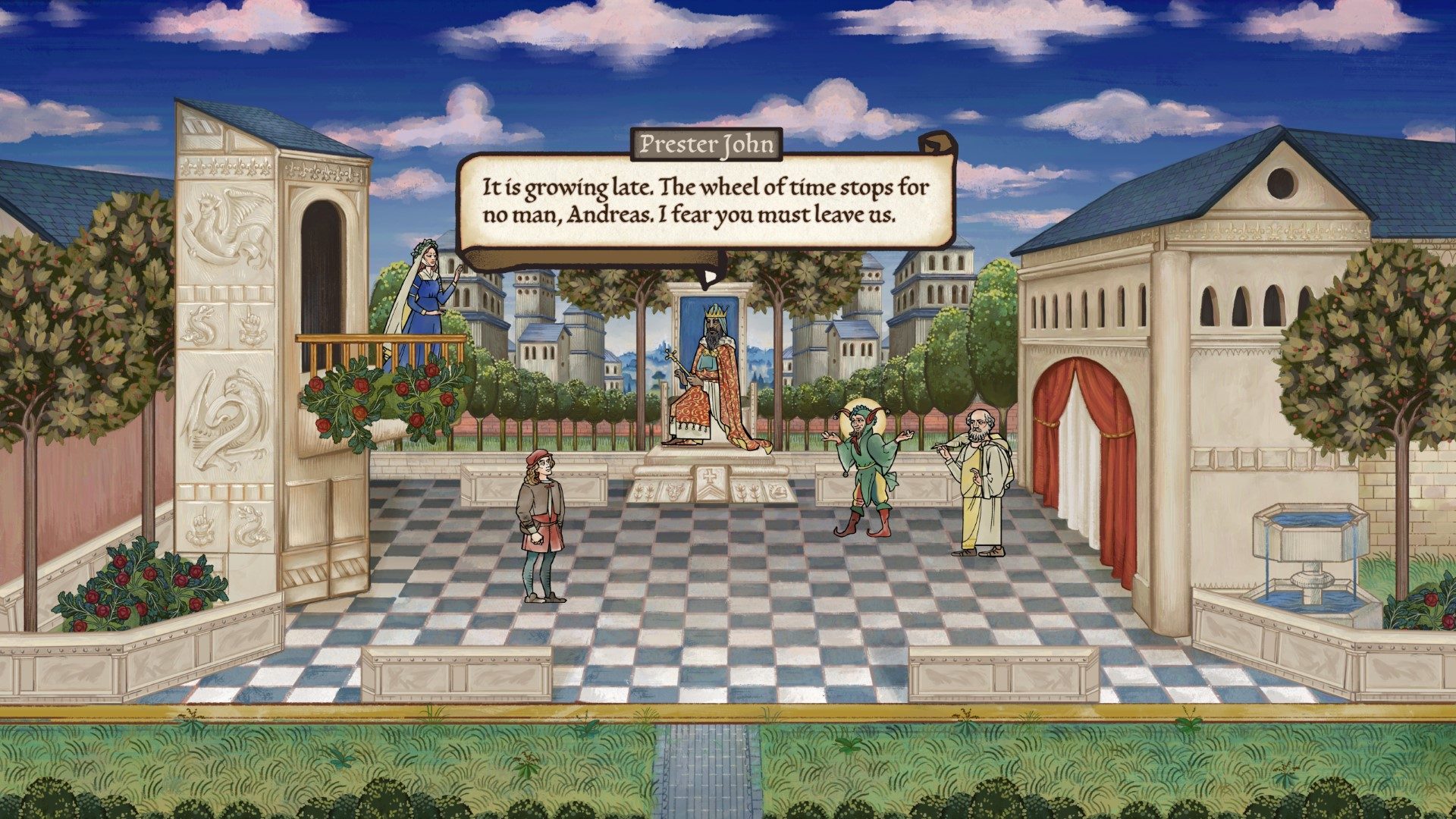 It’s not just fonts that are reflective of the 16th century period in which the game is set — characters and environments are heavily inspired by the blending of art of the era as well. As an example, religious characters might be “illustrated in the more traditional style,” Sawyer said, while Andreas is “more part of the modern world, is represented using more of a woodcut style”.

It’s all frankly fascinating, but one wonders if you’ll need to share the same love of the period and its art style to fully appreciate proceedings. Time will tell; Pentiment releases on 15 November 2022 on Windows PC, Xbox One, Xbox Series S and Xbox Series X. It’ll, of course, be part of Xbox Game Pass and PC Game Pass.