After only a minute with my hands on the controller last week at E3, I was asked how Tony Hawk’s Pro Skater 5 felt. The answer was simple, I didn’t have to think about it for a second. It feels like my childhood. In less than thirty seconds all those years of playing Tony Hawk’s came flooding back to me and I was chaining some crazy tricks for huge scores.

Over the life of the series I’ve compiled so many hours into the franchise the numbers would appear to be playtimes for a huge MMO. While Tony Hawk’s never had that much in the way of narrative it has always offered world class gameplay that’s instantly addictive. Its not a easy feeling to describe but all the time I have sunk into Tony Hawk’s felt like instant pay off when looking at the new game.

If I was to jump on a skate board now and try and relive my youth I would be guaranteed to break my dumb face. All that time spent creating muscle memory by doing tricks. Memorising physical movements and performing them unconsciously is now gone. I can however still play Tony Hawk’s just like when I was 15. That feeling is an incredible thing to capture and the only way it can be done in this case if for THPS5 to feel like a perfect recreation of past games. 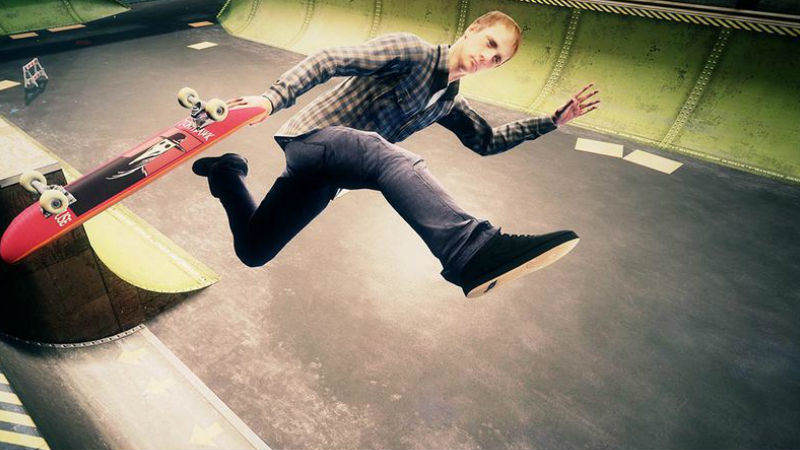 While playing — and gushing over the feeling of being 15 again — I told the Activision rep a story about why Tony Hawk’s meant so much to me. I explained myself and my best friend growing up used to skate together at any opportunity. One day he moved away but we continued playing Tony Hawk’s together over the phone. We set out to complete the entire gap list and unlock a secret character together. After months  and many gargantuan phone bills (sorry Dad) we achieved our goal. This is how we stayed close but after a while we lost touch. We no longer had the gap list so we moved on. That’s when I dawned on me that I could easily get back in touch now that online gaming has come so far and what better way to do it than with THPS5.

When Anthony Hawk let slip that there was going to a new Pro Skater game I was exited but a little worried. The magic has been missing for a long time now. Hype is something gamers have begun to have to deal with all too often lately and we have all seen it destroy big titles. Hype is hard to live up to but to be able to capture nostalgia is damn near impossible. After playing THPS5 all my skepticism is gone. Not only is this set to be an amazing game, most importantly, after only a short time with THPS5 I can see that it’s worthy of the Pro Skater subtitle.

Tony Hawk’s Pro Skater 5 will be available on 29 September for PS4 and Xbox One and later this year for PS3 and Xbox 360.