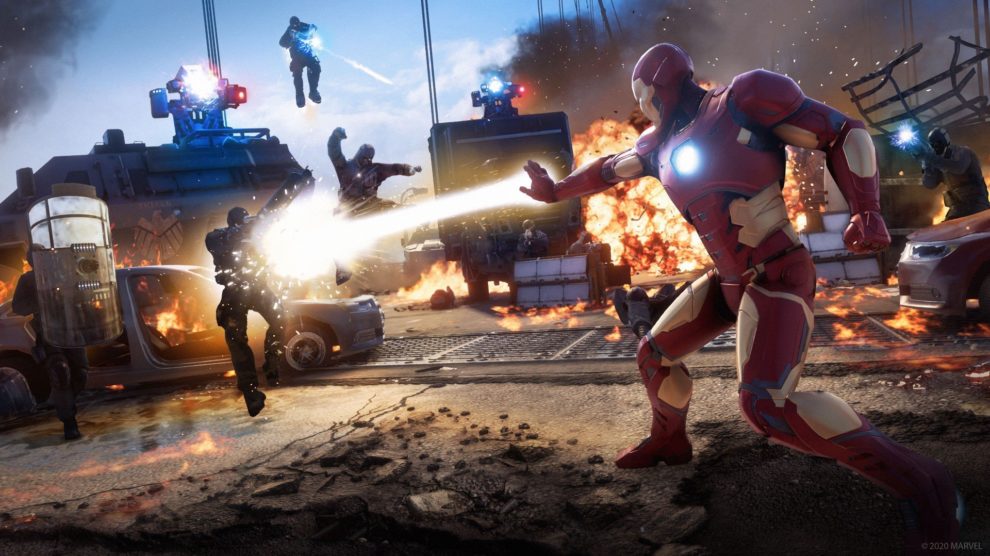 Since its announcement, Avengers has promised to be more than the usual superhero video game. Part beat ’em up and part new school MMO in the vein of Destiny, Crystal Dynamics has piqued players’ interest with the promise of partnering with friends and chasing heroic loot.

We’ve already previewed the title not once but twice, though on both occasions we’ve engaged with single-player missions only. This time around, Stevivor was provided the chance to play through the missions offered through Avengers‘ open and closed betas a couple days earlier than most. For the first time, that means co-op missions were finally on the (War) table. After a couple days of play, we’re saddened to come to the conclusion that if the Avengers beta was meant to demonstrate the best the game has to offer, we’re all about to be disappointed.

The beta starts off strong, offering Gamescom 2019’s Golden Gate Bridge tutorial mission that lets you play as Captain America, Iron Man, Thor, Hulk and Black Widow. Wholly linear in nature, the level is a good chance to get acquainted with Avengers‘ basics. Each hero has a light and heavy attack, a dodge button, a ranged attack that lets you aim before you fire, and three unique heroic specials. Despite running — or flying — down a single corridor, there’s a ton of variety not only with heroes, but with movesets and action in general. So far, so good. 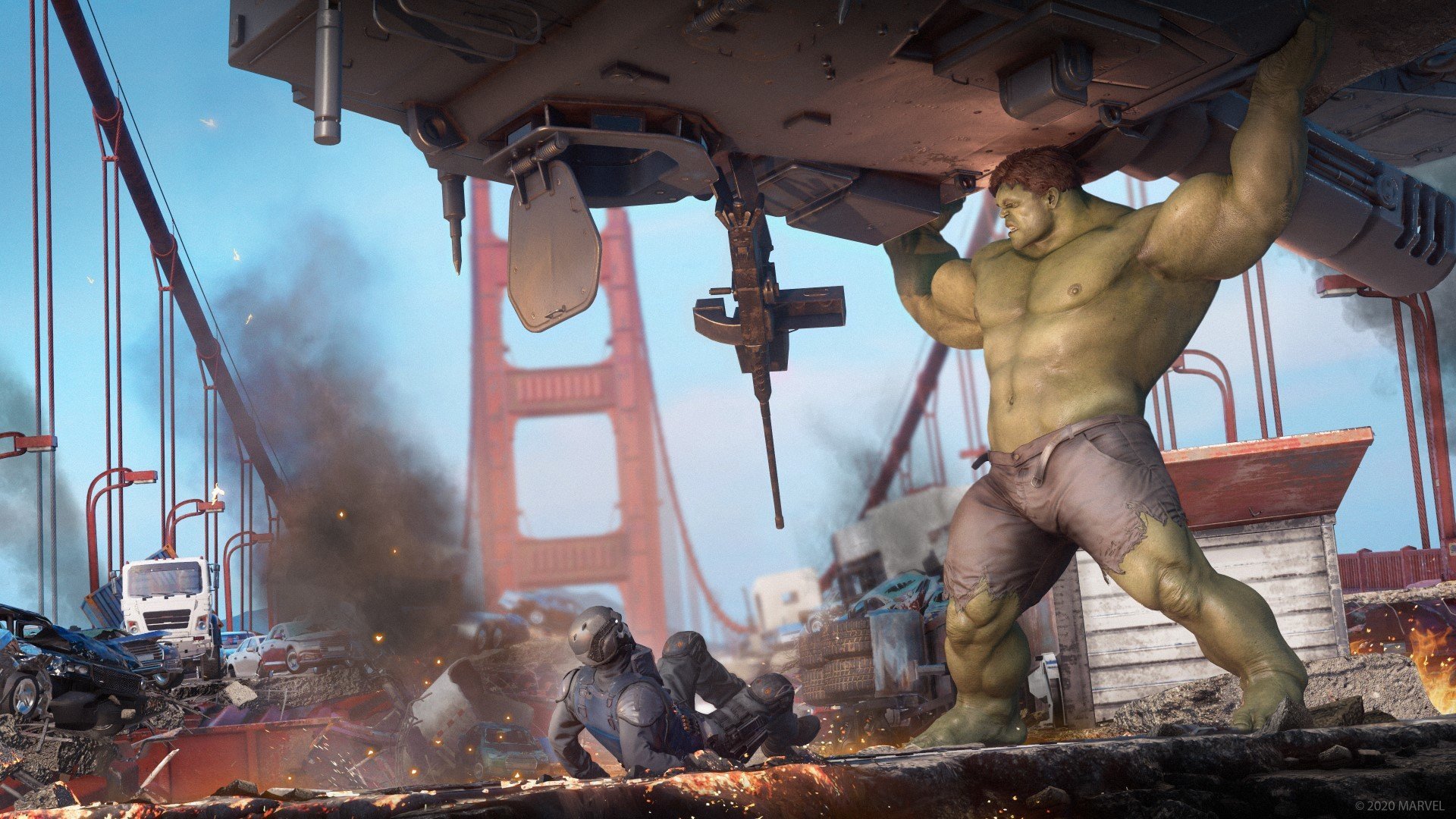 That mission over, players then have the chance to skip ahead in time and play as Ms Marvel herself, Kamala Khan. Her Mr Fantastic-like stretchy powers feel as unique as the powers of the other Avengers, though ultimately it’s the same core at use: light, heavy, ranged and so on. As you get comfortable with Kamala, you’ll giggle to yourself as she totally fangirls over her situation and her newfound acquaintances. While adorable in the first half an hour or so, this continues throughout the entire beta — so for three more hours or so — and gets old quickly. We get it, girl: you’re an Avenger.

Once you get through these initial missions, the War Table properly opens up, providing access to a handful of missions over three locations (though three of those are at your homebase itself in the form of HARM challenges). With any of the above, you’re able to tackle outings alone with AI companions in tow or with actual friends. It’s here that Avengers‘ flaws really start to become apparent. Matchmaking was extremely spotty, dropping out frequently and kicking players more often than not.

If matchmaking manages to stabilise, you’ll still be subject to other issues — as Hulk, I fell through the world a couple times as my co-op partners laughed, proclaiming I’d broken our checkpoint. As I continued to plummet into the dark void of the unknown, my teammates reported that enemies would spawn, invulnerable, waiting for me to somehow rematerialise. I know Hulk’s a big boi, but that’s a bit ridiculous. 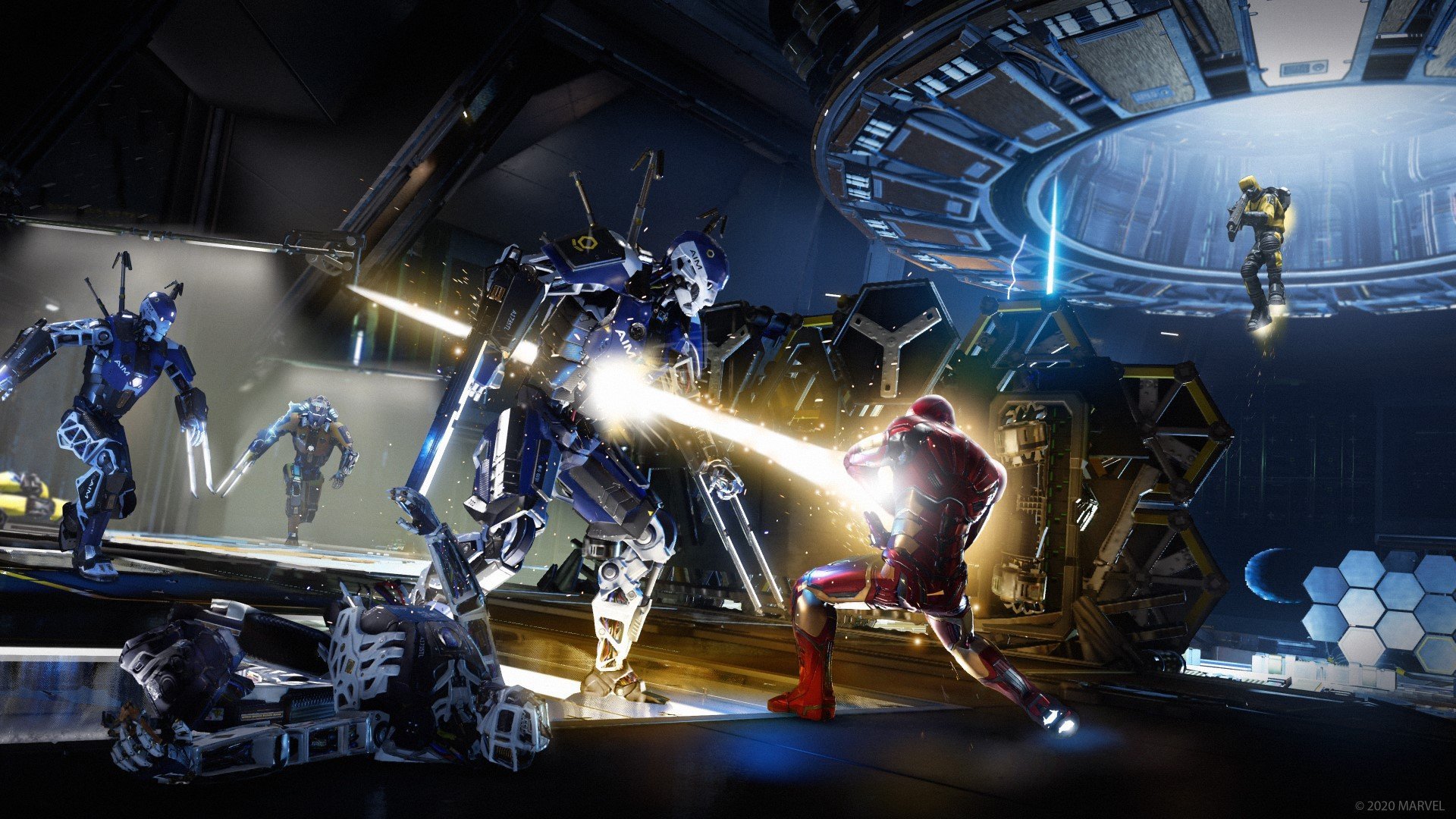 While Avengers‘ beta offers several different mission types, I’d be hard-pressed to tell you their names or, worse, what makes them unique from one another. All missions involve button mashing to eliminate very bland, very repetitive robotic enemies; others will force you to do that against wave after wave while standing on a control point. Some missions are relatively quick to complete — maybe taking five minutes total — though others are just section after section of the same type of thing, doing nothing but eating away at your time.

There’s a lot happening on your screen at any given point — some enemies have shields that need to be removed with a charged heavy attack, and it’s difficult to isolate that baddie to do that while 5-10 grunts are bumrushing you at the same time. A target lock does exist, but it’s hard to actually use to your advantage when there are so many bodies (or exoskeletons?) running around you.

Difficulty escalates with human co-op players, so you’ll really need to time and coordinate your special and ultimate moves especially when forced to defend a certain point. Unless you hit up on the d-pad, you won’t have icons that help to distinguish your allies from enemies; Iron Man in particular tends to blend in with the robotic bad guys, especially with darker cosmetic suits in use. Missions are decidedly easier to beat with AI companions, but the trade off is that they’re quite stupid; you’ll quickly learn not to depend on them for anything but a revive. 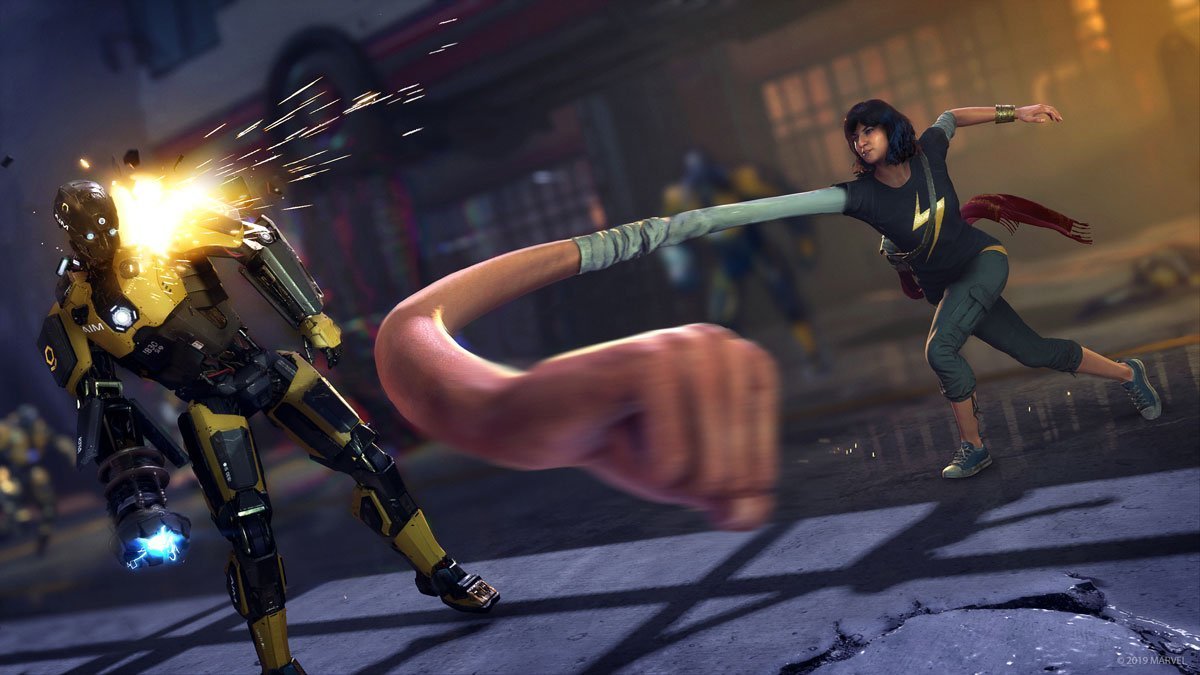 Avengers‘ loot… erm, puncher… nature shines through with loot chests aplenty in and out of missions. Gathering items will improve your character and lift their overall level, though you’ll not see a cosmetic change on your character when equipping a new piece of gear. While you can grab pieces that’ll help with a specific mission — a chestpiece that provides protection from cold-based attacks as an example — I wasn’t engaged with the system at all. Ultimately, I just went with the feature that auto-selected my best gear, boosting each piece with the multitude of in-game currencies I also didn’t care about.

To be quite honest, the levelling system — including battle passes for each character that offered up additional rewards — just felt superfluous and a means for Crystal Dynamics to try to encourage you to keep playing all the bland side content. Straight up, each War Table mission we played just felt like it was something out of a B-grade, licensed superhero game. Nothing felt new, or fresh — in fact, Ben Salter even compared the offering to that of Anthem, and rightly so. Just because the content is there means it should be played.

As far as we can tell, you can’t take a group of friends through the entire experience, instead having to ungroup and re-group depending on mission type; while that’s true to some extent for the likes of Destiny, you can always pair up with at least two people for the entire journey in that franchise. This confusing jumble of disjointed decisions best summarises Avengers at present.

Avengers‘ tightly focused narrative could prove the difference between it succeeding or not. Even then, I’m left with the feeling that single-player, story-focused main missions will be heavily level-gated, forcing you to grind control points and bash robots for extended periods of time. This beta has drained all the excitement I had for Avengers from me (and my Stevivor teammates) and I’m left wondering what Crystal Dynamics can do ahead of launch if those who play in the next few weeks feel the same.

With the added disappointment of Sony, Crystal Dynamics and Square Enix teaming up to restrict content from two-thirds of the platforms the game is available on, I’m just about done with Avengers before it’s even been released.